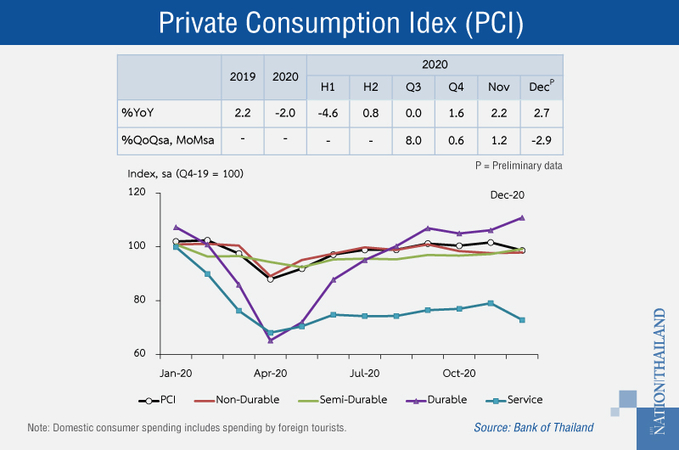 Economic recovery continued in the fourth quarter of 2020, but remained uneven, said the Bank of Thailand on Friday. 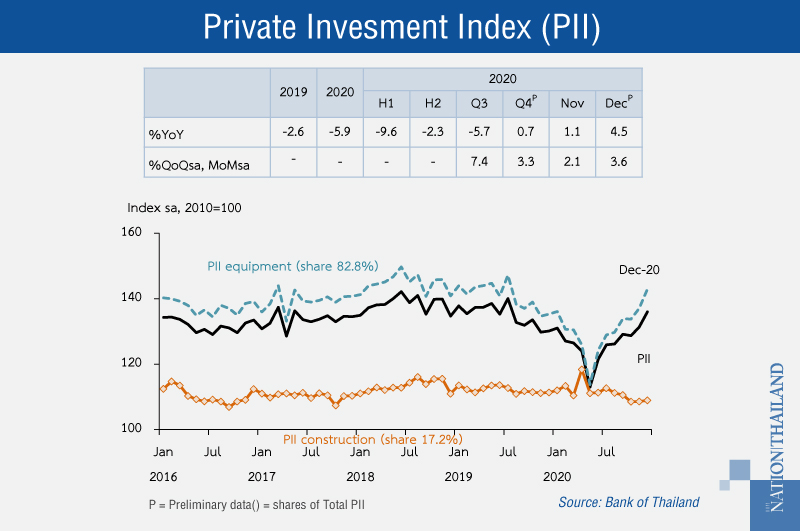 The value of goods exports contracted at a softer pace, following recovery in demand from trade partners. Public spending rose from capital expenditures, partly due to the low base effect of the delayed enactment of the 2020 budget last year. However, the tourism sector continued to contract severely due to travel restrictions on foreign tourist arrivals.

On the stability front, headline inflation was less negative due to price increases for energy and fresh food. Meanwhile,

The labour market improved in line with the economic recovery, but remained vulnerable and uneven. 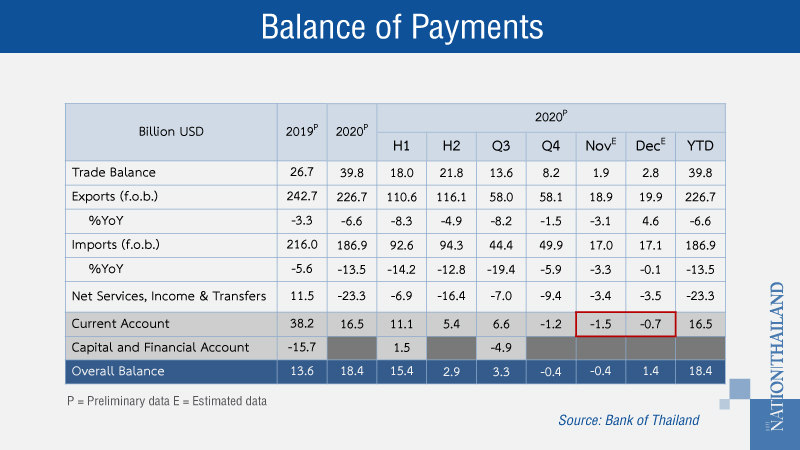 The current account registered a deficit after a surplus in the previous quarter, as the trade balance recorded a smaller surplus due to gold imports.

Economic recovery continued in December but remained uneven, said the central bank. It added that the new wave of Covid-19 that emerged mid-month had begun to affect some economic activities.