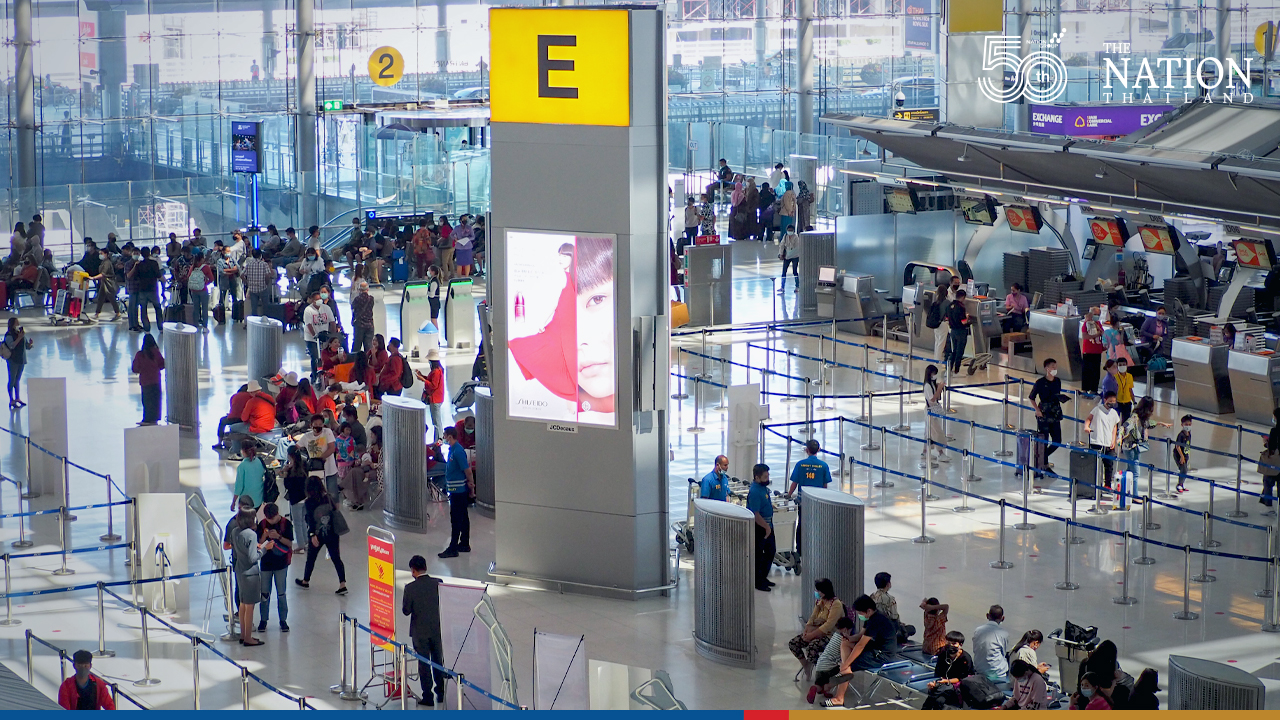 Airports of Thailand (AOT) is working on digitizing six airports, starting with Bangkok’s Suvarnabhumi Airport, in a bid to get ready for a potential influx of tourists once the world reopens next year.

“So far, AOT has developed the Greenfield system which allows passengers to use various services, such as check-in and baggage loading, via smartphone or automatic devices,” AOT president Nitinai Sirismatthakarn said on Monday.

He added that the new technology should be set up in six airports by next year, including Suvarnabhumi Airport, which should have the new system in place by July this year.

He added that the new system should be installed in Phuket International Airport by April or May next year.

“Passengers who do not have baggage can check-in via a kiosk at the airport or via the AOT smartphone application at home,” he said.

“If they need to load baggage, check-in counters will have a biometric system to verify passengers’ identity and they can load their luggage using the self-service baggage loader,” he said.

Nitinai added that airports will use a face recognition system to screen passengers instead of checking their ID cards.

He expects 73 million people, or at least half of the total

passengers before the Covid-19 era, to use these services next year.

"AOT will continue investing to support the return of tourists,” he said.

Nitinai reckoned that AOT will invest about 387 billion baht in the next 10 to 20 years, or twice the value of its total assets worth 180 billion baht.