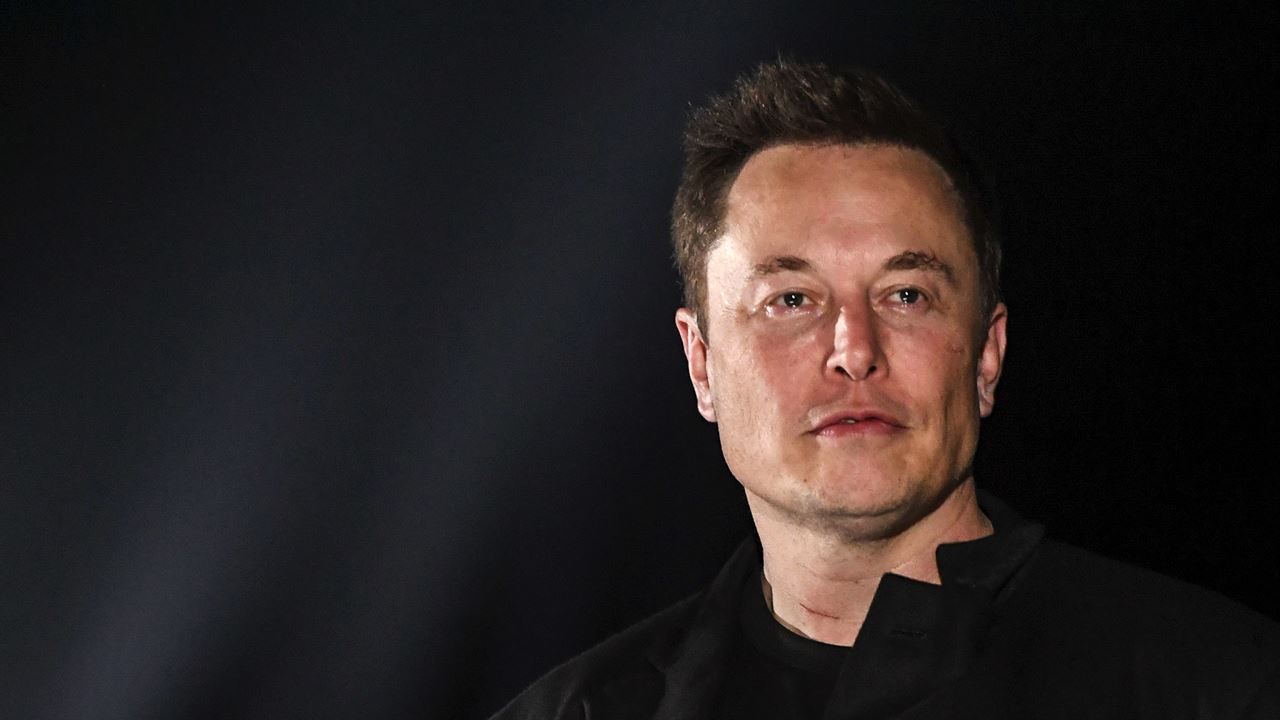 Investors are placing big bets on a growing space economy - but can they reach orbit?

The billionaire "space barons" - Elon Musk, Jeff Bezos and Richard Branson - have given the industry a cachet not seen since the Apollo era of the 1960s and '70s, with Branson and Bezos flying to the edge of space on their own spacecraft and Musk's SpaceX becoming the dominant supplier of people and cargo to the International Space Station.

Investors are fearful of missing out. That's turned out to be great news for the space companies hoping to get a piece of the satellite-launch business. But it's also caused analysts to warn that space is still a nascent and risky business, one rocket explosion away from disaster.

Hundreds of millions of dollars are now flowing to an industry long viewed as too risky for serious investment. New start-ups are blossoming in an explosion reminiscent of the early days of tech, when money poured into Silicon Valley start-ups at the beginning of the Internet age. Gen. John "Jay" Raymond, the chief of space operations for the U.S. Space Force, even predicted during a recent speech that investment in the commercial space sector would drive "a second Golden Age of space."

Over the past decade, investors pumped $200 billion into 1,500 space companies around the world, according to an analysis done by Space Capital, a space investment firm. Investment in start-up space companies reached $7.6 billion last year, a 16 percent increase from 2019, according to Bryce Space and Technology, a consulting firm.

"This level of investment is consistent with the 6-year trend beginning in 2015 of unprecedented levels of venture capital driven investment flowing into the space industry," the company said.

In addition to those investments, several space ventures have gone public over the past year through special purpose acquisition companies, or SPACs.

Branson's Virgin Galactic space tourism company was one of the first high-profile space ventures to go public through a SPAC when it merged with a New York hedge fund in 2019. Since then, SPACs have "exploded in popularity," according to a report by analysts at Avascent and Jefferies, a financial advisory firm specializing in aerospace, which found that the mergers across all industries raised $83 billion in 2020 compared to $14 billion the year before.

But the stocks can be volatile. In the last couple of weeks, for example, the stocks of two space companies took hits when they suffered problems. Shares of Virgin Galactic dipped after the Federal Aviation Administration said it was investigating the company after its flight, with Branson on board, went off course. The probe was first reported by the New Yorker.

Astra, a start-up rocket company based outside of San Francisco, saw its stock drop after a launch attempt failed to reach orbit last month.

Still, more than a dozen companies have gone public, or announced they would in recent months. They include Planet, which has built a constellation of satellites to take images of the Earth, and Astra. Rocket Lab, which has launched dozens of small satellites on its Electron rocket, started trading on the Nasdaq last month. And Virgin Orbit, which "air launches" a rocket designed to fly satellites by dropping it from the wing of a 747 airplane, announced that it would go public through a SPAC and that it had raised $100 million in another funding round backed by Boeing and AE Industrial Partners.

International companies also are driving growth, analysts said. "Going forward, I would expect to see it becoming increasingly international," said Nickolas Boensch, a program manager at Bryce. "China, Japan, the U.K. have been huge players here, and there is something attractive to having a domestic capability."

But part of the market may be overhyped and overheated, and analysts warn that there could be a reset similar to the tech bubble in the early 2000s.

"I don't think there's any doubt we're in a bubble," said Greg Autry, a professor of space leadership policy and business at Arizona State University. "But that's OK. A lot of people freaked out during the e-commerce bubble. But if I had the opportunity to buy Amazon or Google at the height of that bubble, I would."

But as the Avascent analysts looked at the projected revenue for 10 companies that recently went public, the analysts warned that "not all SPACs are created equal." They noted that "there is no free lunch in capital markets. Given that SPACs offer high return opportunities, they consequently carry notable risks."

Chad Anderson, the managing partner of Space Capital, agreed, saying "for the most part these should be looked at with a very skeptical eye."

A lot of the companies have yet to produce any revenue, he said, and "they have these projections where they go from $15 million to magically $2 billion in revenue in two years. And you have to wonder how they're going to do that."

Investors had long shied away from investing in space - the quickest way to become a millionaire in space, one axiom went, is to start out as a billionaire.

"There was a very limited market with a handful of defense contractors on one side, and the government on the other," Anderson said.

SpaceX changed everything, he said. Musk's company showed that it could win the trust of NASA and the Pentagon, score lucrative government contracts and capture a large portion of the commercial launch market as well. Last year, for example, SpaceX captured a Pentagon contract for $316 million for launches between 2022 and 2027. The United Launch Alliance, the joint venture of Lockheed Martin and Boeing, was awarded $337 million for launches during that period.

SpaceX has been a notable recipient of private investment. In 2015, Google and Fidelity invested $1 billion in the company, helping it fund the satellite constellation, called Starlink, it's building to provide Internet to consumers from space.

Replicating SpaceX's success may be difficult. Astra's attempt to reach orbit went awry last month in an awkward, I-think-I-can attempt that saw the rocket fire its engines from its launchpad in Alaska, then lurch sideways as if it were exiting the stage, and finally climb into the skies. It flew straight up for 2 1/2 minutes before spinning out wildly. Controllers on the ground terminated the flight, causing it to crash into the ocean.

But Astra CEO Chris Kemp thinks his company, which uses a mobile launchpad, allowing the company to fly from any place it can get a license, will be successful in a market that is seeing a huge proliferation in the number of satellites flooding Earth's orbit.

Over the next 10 years, more than 50,000 satellites could be launched into orbit, up from the few thousand currently in operation today, according to Analytical Graphics Inc., a company based outside Philadelphia that builds software to track spacecraft and debris in space.

To keep up with demand, Astra is planning to launch on an almost daily basis by 2025, Kemp said, an ambitious goal that he said is actually "conservative."

"That's what's great about being a public company," he said. "You have to put some things out there, and then your shareholders will judge you based on how you perform."

After the Astra launch went awry, Kemp said that an engine shut down right after launch. But he wrote on Twitter that he was "incredibly proud of our team. Space may be hard, but like this rocket, we are not giving up."

Peter Beck, the founder and CEO of Rocket Lab, thinks his company is well positioned, too. It's had nearly two dozen launches over the past three years from its site in New Zealand, putting more than 100 satellites in orbit for a range of customers, including NASA and the Pentagon. And it has more than $100 million in launches booked for an array of commercial and government customers. All of which gives Rocket Lab an edge over some of the other space companies looking to raise cash, Beck said.

"We've been the leader in this space for three years," he said. "As investors look to differentiate companies, it's pretty stark. There's a column full of zeros - zero launches, zero revenue, zero everything. And then there's a column on the Rocket Lab side that has significant numbers. So, it should be pretty obvious."

When Tim Ellis looked to raise money for his young start-up rocket company in 2016, he pitched 90 investors over a grueling six-week period. "Eighty-nine said no," he recalled. "One said yes" to lead the $10 million round.

Last year was a different story. The investors came to Ellis and his company, Relativity Space, and he raised $500 million, a massive amount for a rocket company that's never launched a rocket. Then in June, it raked in another $650 million, a haul that it says will allow it to build a new manufacturing facility and pursue a larger rocket designed to compete with SpaceX.

Relativity Space has already sold a number of flights on its Terran 1 rocket, which the company plans to launch early next year. The rocket is "definitely the most presold rocket in history before launch both by the number of launches and total value," Ellis said.

What separates Relativity from its competitors is the way it manufactures its hardware. The rockets are made entirely by a massive 3-D printer, which could open up other avenues of business for the company as well. But for now, it's focused on building rockets and disrupting the industry that has manufactured space vehicles the same way for years, he said.

"We always knew that really we were building this software-driven manufacturing technology that scales without fixed tooling," Ellis said. "And I'm quite convinced that is going to be the dominate force, not just in the launch industry, but in aerospace overall, which hasn't changed for 60 years. We're still building products one at a time by hand with hundreds of thousands to millions of individual parts, a very complicated supply chain, a ton of manual labor and really inefficient cost structures."

At first, it was a hard sell. Now, it's backed by some of the biggest names in the investor community, from Mark Cuban to Y Combinator, Fidelity, BlackRock and Tiger Global.

Now all the company has to do is prove it's worth all that cash.