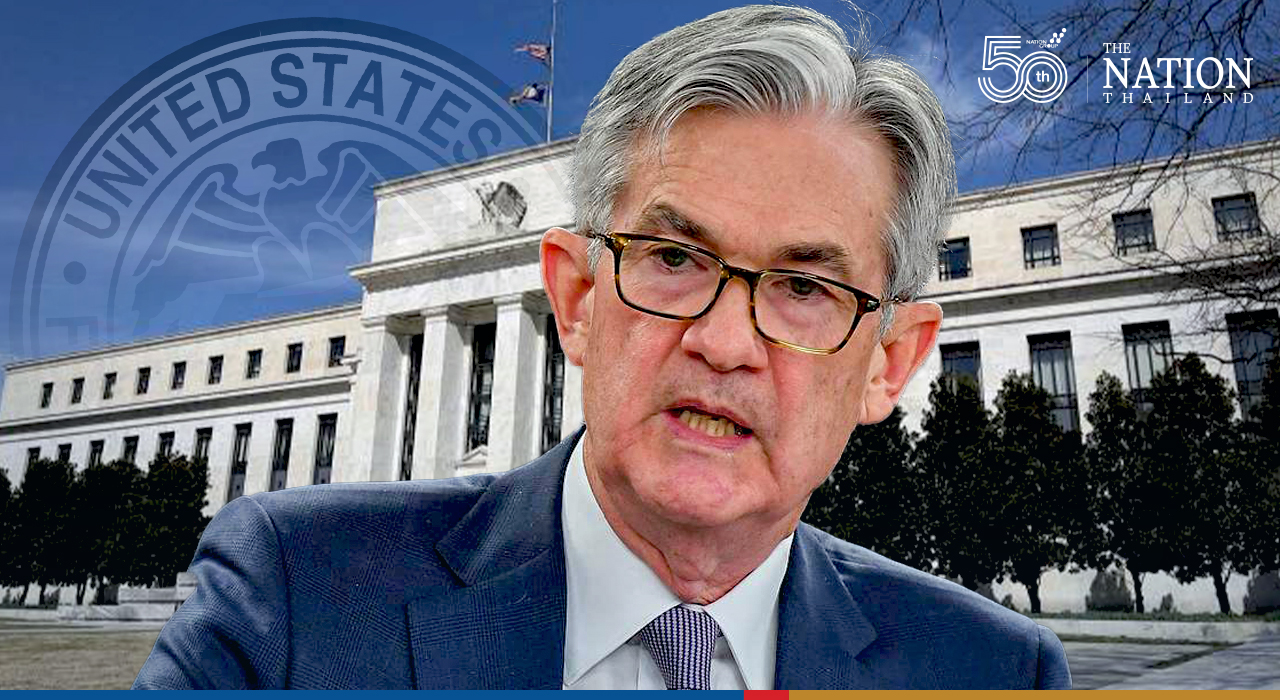 Fed signals easing of markets supports could start in November, despite ongoing threat of delta variant

WASHINGTON - Reflecting growing optimism for the economic recovery, the Federal Reserves top policymakers signaled on Wednesday they will ease supports for markets in November if the economy progresses as expected, while also moving up expectations for a rate hike in 2022.

Federal Reserve Chair Jerome H. Powell also raised concerns Wednesday about the ongoing coronavirus pandemic and its grip on the economy. At the end of their two-day policy meeting, Fed officials downgraded earlier, more-encouraging expectations for job and economic growth by the end of the year, amid the continued strain of the public health crisis.

The Fed's assessment captures two simultaneous tales of the economy. By some measures, the economy has made a full recovery from the pandemic and is on track for even more growth. At the same time, jobs and peoples' livelihoods are still being threatened by a surge in coronavirus cases and drop-off in government aid in a pandemic that has killed 1 in 500 Americans.

Fed officials must now find a way to unwind the central bank's financial supports while acknowledging the economy's lingering holes. Overall, the country is still down more than 5 million jobs from before the pandemic, and the unemployment rates for Black and Hispanic workers are well above that for White workers.

Fed officials had said over the summer that they hoped job growth would gain momentum this fall, with more people getting vaccinated, enhanced unemployment benefits phasing out and schools reopening, helping alleviate child-care responsibilities. But then "delta happened," as Powell put it in a Wednesday news conference. The surge in cases is hurting some workers' confidence about returning to jobs and weighing on consumer spending.

"Hiring and spending in these face-to-face service industries - travel and leisure - it just kind of stopped during those months," Powell said, referring to the recent surge of the delta variant of the coronavirus. "The big shortage in jobs was really in travel and leisure, and that's clearly because of delta."

Policymakers on Wednesday signaled they still predict that inflation - which has risen faster and higher than the Fed expected this year - will simmer back down closer to the central bank's goal of around 2% next year.

Stocks rallied off news that the Fed is not pulling back its financial supports just yet. The Dow Jones industrial average climbed more than 330 points, or 1%, and the S&P 500 index rose nearly 1%. Fed officials have said there will be plenty of notice before the Fed starts to pull back its stimulus, to avert turmoil in the markets.

Fed leaders have been saying they needed to see "substantial further progress" on inflation and job growth before they start slowly pulling back on vast financial supports to the economy, namely $120 billion a month in asset purchases that have continued throughout most of the pandemic.

Many Fed officials, including Powell, say that bar has been met on inflation. As the global economy emerges from the pandemic's depths, supply chains - for used cars, food, construction materials and more - have struggled to catch up with pent-up consumer demand, pushing prices up. The Fed's preferred gauge of inflation showed prices rose 4.2% in July compared with the year before and 0.4% compared with June.

On employment, Powell said during the news conference that it was his opinion that "the test is all but met." He said he would not necessarily need to see a gangbuster jobs growth for September to fill that gap and would be satisfied with "a decent employment report."

Still, Powell acknowledged differences of opinion among the Fed's top ranks on when to begin pulling back on supports. He said that many officials "feel the test for employment has been met," while "others feel that it's close" but want to see a little more progress.

Powell is known to value consensus at the Fed, especially on major policy decisions. Still, he repeatedly pointed toward the Fed's next meeting in November as a marker for when the Fed could start to "taper" its sprawling bond-buying program.

Depending on the pace and structure, the Fed could be in position to entirely wind down its asset purchases by the middle of next year. That could put the Fed in a position to raise rates sometime afterward, though Powell has warned that the Fed's projections on interest rates can easily change with time.

Meanwhile, the country is facing an urgent financial crisis as lawmakers clash on whether to raise the U.S. government's borrowing limit, known as the debt ceiling. There is growing alarm among economists and the business community about what would happen if there was an unprecedented default on the federal debt.

Powell on Wednesday added his voice of concern, saying it was "very important that the debt ceiling be raised in a timely fashion, so that the United States can pay its bills when and as they come due. That's a critically important thing."

Fed leaders lowered their expectations for the unemployment rate later this year, projecting it could be 4.8% by the end of 2021, compared with a previously suggested 4.5%, according to the Fed's newest crop of economic projections. They also lowered their estimates for the economy's overall growth. The projections pointed to gross domestic product growing 5.9% by the end of the year. The projection from June was for 7% growth.

Last month, Powell teed up the possibility that asset purchases could start to be scaled back later this year, based on the pace of the economic recovery.

While the labor market showed clear progress picking up new jobs over the summer - with the unemployment rate edging down to 5.2% in August - that jobs report also showed how vulnerable the recovery is amid the spread of the delta variant. The economy added only 235,000 jobs last month - well short of expectations - with the restaurant and retail sectors shedding positions. The rise in coronavirus cases, especially among unvaccinated Americans, has also rattled consumer confidence.

Fed leaders have said they do not expect the delta variant to lead to shutdowns or significantly alter the economic recovery. Many say they are taking stock of many months of jobs data, rather than fixating on August's disappointing numbers.

"Some months come in stronger, some not so strong. It's really about accumulation," John Williams, president of the Federal Reserve Bank of New York, said earlier this month.

Still, Powell on Wednesday pointed to challenges for the labor market, including parents who must constantly weigh whether their children's schools will stay open as they consider job options. Powell has long maintained that the surest way to stabilize the economic recovery is to vaccinate as many people as possible and end the public health crisis.

"Rather than going ahead and taking a job and having to quit it, you're going to wait until you're confident," Powell said.

Another big question hanging over the Fed is whether the White House will decide to keep Powell and others in leadership positions. In the coming months, the Biden administration will have as many as four slots to fill with its own nominees. Powell was made chair by President Donald Trump.

Powell's term is up in February, and he did not answer a question Wednesday about his possible reappointment. Still, the personnel decision is of enormous consequence and is fanning political flames across Washington and beyond.

The White House must also decide whom to nominate to be the Fed's top banking cop after Randal Quarles. Quarles's term as vice chair for supervision expires in mid-October.

The decision has taken on added scrutiny as many liberals criticize Powell's record on banking regulation. Some liberal advocacy groups and Democrats in Congress have raised concerns that a more left-leaning banking cop would not be as effective under Powell if he stays on as chair.

Powell on Wednesday said he respects the authority of whoever is in that role - as he did with Daniel Tarullo, a Democrat who led the Fed's moves to tighten Wall Street oversight when Janet L. Yellen, now the treasury secretary, was chair.

"It's fully appropriate for a new person to come in and look at the current state of [regulatory policy] and suggest appropriate changes, and I welcome that," Powell said.