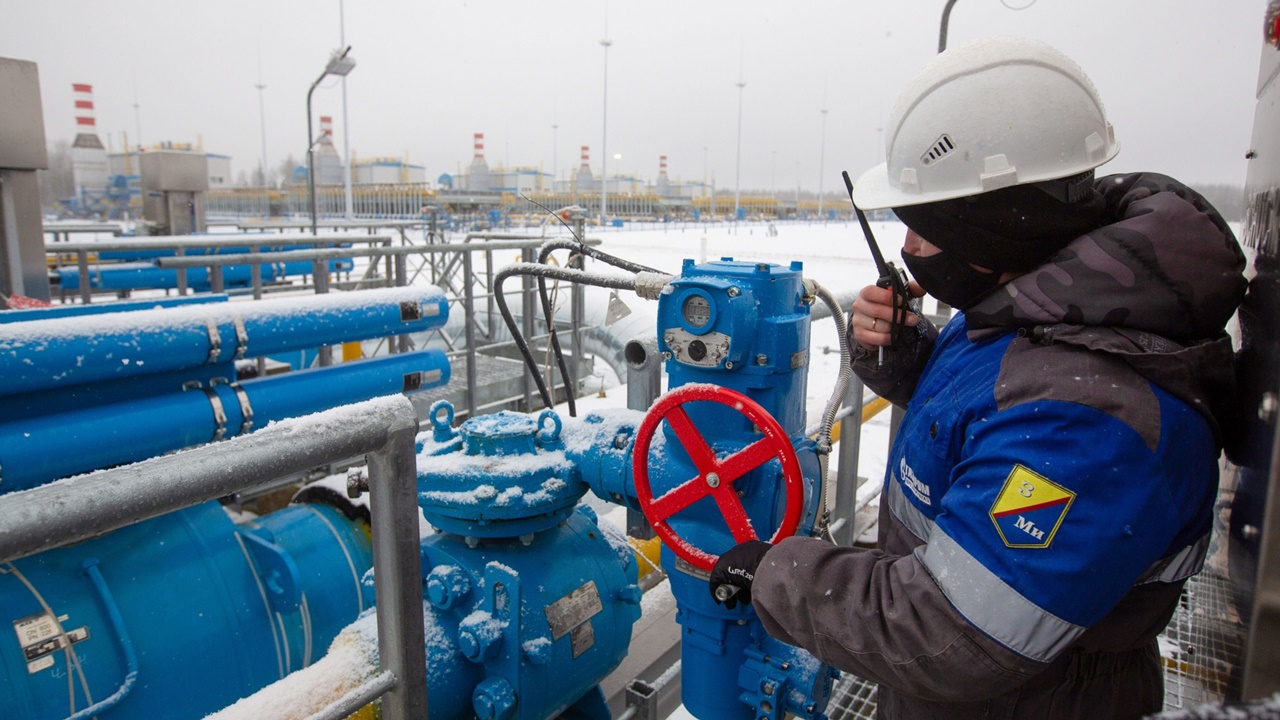 Fresh from crowing over Europes gas crisis, Russian President Vladimir Putin now sees a chance to capitalize on it.

Putin wants to press the European Union to rewrite some of the rules of its gas market after years of ignoring Moscow's concerns, to tilt them away from spot-pricing toward long-term contracts favored by Russia's state run Gazprom, according to two people with knowledge of the matter. Russia's also seeking rapid certification of the controversial Nord Stream 2 pipeline to Germany to boost gas deliveries, they said.

Russia is prepared to supply as much gas as Europe needs and is ready for dialogue with the EU on stabilizing the market, Putin said Wednesday at the Russian Energy Week conference.

"We always meet our partners halfway and are ready to discuss additional actions," Putin said. Russian energy projects including Nord Stream 2 seek "to ensure the stability and predictability of gas supplies in the volumes needed by European countries for years to come," he said.

European gas futures gained on Wednesday. Amid record daily swings of as much as 40% in European gas prices, Putin made a calculated intervention to cool the market last week by saying Gazprom can boost supplies to help ease shortages.

Still, even as the Kremlin casts the president as Europe's energy savior, Russia's under no illusion that it will gain political concessions from the EU or ease strained relations as a result of the crisis, according to a government official and a policy adviser close to the presidential administration.

"Putin senses an opportunity from the crisis," said Andrei Kortunov, head of the Kremlin-founded Russian International Affairs Council. "Russia wants to prevent the EU from dragging its feet on certifying Nord Stream 2 and start talks on long-term stable prices for gas."

Russia long opposed giving the spot market greater weighting in pricing, preferring to rely on less volatile long-term contracts that may cap some of the windfall when prices are high but provide downside protection when they slump. However, liberalization of the EU's gas market forced Gazprom to adjust its pricing formulas, linking the bulk of them to spot and futures prices.

"Buying gas at reasonable prices is, of course, good," Gazprom Deputy Chief Executive Officer Elena Burmistrova told the St. Petersburg International Gas Forum on Oct. 7. "But it's even better to know exactly in advance how much it will cost in a month, a quarter and a year."

Putin has blamed the energy crisis partly on "snobbish" EU officials and advisers who he said had pushed for the shift to spot pricing "and do not want to hear anything else."

EU leaders will discuss the gas price surge and measures to blunt its impact at a summit in Brussels next week.

Europe relies on Gazprom for about a third of its natural gas supplies. While gas storage on the continent is being rebuilt from record-low levels for this time of year, there are limited options for deliveries from other sources such as liquified natural gas. With winter fast approaching, that leaves the region potentially more dependent on Russia for extra supplies to avoid shortages when cold weather hits.

Russia is still injecting gas into domestic storage facilities and will complete the process by Nov. 1, Deputy Energy Minister Evgeny Grabchak told reporters in Moscow on Wednesday. The country now has enough gas in storage to get through the winter, and while it's not expecting colder-than-average weather, it's ready for it, he said.

Deputy Prime Minister Alexander Novak, who oversees Russia's energy policy, said Tuesday that a hasty transition away from traditional power sources toward renewables had contributed to Europe's supply crunch. Last week, he told Putin that swift European approval of Nord Stream 2 for delivery of gas would give "a positive signal" to markets.

For its part, the EU is hoping the gas crisis is a short-term phenomenon. It's focusing on helping member states get through the tough winter -- with prices set to stay high and a risk that Nord Stream 2 may not be ready to start for months. Energy Commissioner Kadri Simson said Tuesday that its underground storage of gas in the region was at around 75% of capacity, far lower than the last decade, but adequate to cover demand.

The EU is also set to explore the possibility of joint gas purchases by member states to strengthen buying leverage with third parties in a toolbox that's set to be outlined Wednesday. It means the bloc is unlikely to take imminent action to heed any overtures from Putin, especially given ongoing tensions over issues like Belarus and Ukraine.

Currently, some 20% of Gazprom's European gas supplies are linked to oil prices, while a little over 50% is priced on either day-ahead or month-ahead pricing, Ron Smith, senior oil and gas analyst at BCS Global Markets, wrote in a note Friday following a webinar with Gazprom managers.

Russia is keen to restore the link to oil prices in gas contracts and shift away from spot pricing that the EU has increasingly insisted on in recent years, said the two people familiar with the matter. Gazprom has already begun filling Nord Stream 2 with gas and wants European regulators to make it operational as soon as possible, they said.

Gazprom's exports to Europe were near a record in the first half of this year, but fell in September just as the EU was struggling to refill stockpiles. Russia has been replenishing its own storage sites, sparking claims it's withholding supplies.

The Kremlin rejected the allegation, insisting Russia was fulfilling all of its contracted obligations as a trusted energy partner. German Chancellor Angela Merkel offered backing last week, saying Russia "can only deliver gas on the basis of contractual obligations."

Gazprom has started pumping gas from its reserves to ease soaring prices and wants to work with European countries to calm the market, Russian Deputy Foreign Minister Sergei Ryabkov said in a BBC interview Tuesday.

"Gazprom is celebrating a big victory," said Stanislav Tsygankov, a former head of the company's international business department. "This is the perfect time to capitalize on the situation."