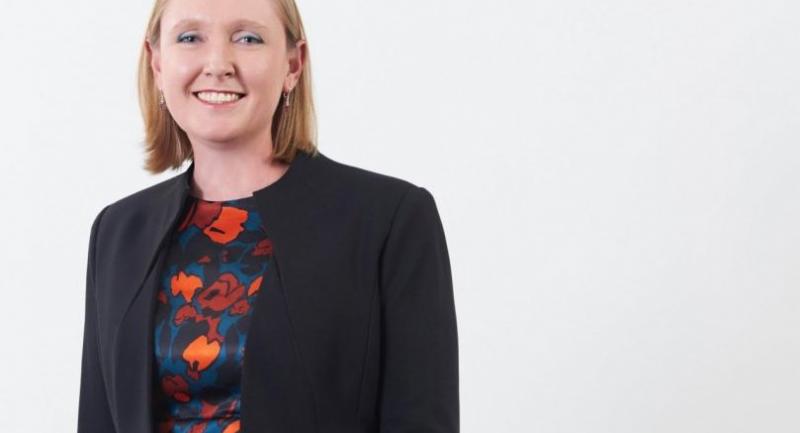 THAILAND’S progress in promoting human rights in the fishing industry will be addressed in a panel session on modern slavery and human trafficking at the United Nations General Assembly (UNGA) today in New York.

Darian McBain, global director of sustainability for the Thai Union Group, will address the panel on the topic of “Stepping up Action to End Forced Labour, Modern Slavery and Human Trafficking”.
“Thailand has made a number of advances on human rights, which should be commended, but there is more work to be done and I believe Thailand has the opportunity be a leader on the human rights agenda,” McBain told The Nation.
For instance, Thailand’s Depart-ment of Fisheries has been very supportive of an innovative digital traceability pilot project that Thai Union implemented last year. The project utilises mobile applications and satellite connectivity to track Thai fishing vessels.
Traceability – the ability to track a product in detail from its place of origin all the way to the consumer – is a key component that benefits producers and consumers by bringing transparency to the entire system.
Looking ahead, Thai Union aims to help Thailand find solutions to the industry’s greatest sustainability challenges, she added.
Since April 2015, the European Commission has given Thailand a so-called “yellow card” for illegal, unreported and unregulated (IUU) fishing.
Also, Thailand’s status in the latest US Trafficking in Persons (TIP) report was upgraded to Tier 2 in June this year for its efforts to combat modern slavery.
The director also raised concerns over the issue of modern slavery, human trafficking and labour rights in both the Thai and global fishing industries, saying it was a critical issue and more work needed to be done.
“Meaningful, collective action is needed to ensure the slavery that stains some modern-day supply chains is abolished,” she urged.
Another key message McBain will deliver at the session is a warning to agencies that pay no attention to sustainable development.
Companies and governments that ignore sustainable development or use it as a window dressing and greenwashing [deceptive promotion that a company is environmentally friendly], do so at their own peril, said McBain.
“They risk the long-term viability of their products and workforce, as well as the potential loss of access to global markets,” she added.

Thai Union’s compliance noted
Thai Union, the world’s largest producer of shelf-stable tuna products, was invited by the United Kingdom to participate in the assembly in recognition of being the first firm to comply with the UK Modern Slavery Act.
According to McBain, this is the first time a Thai business has been given a chance to be present at the UN General Assembly thanks to its efforts in successfully combating modern slavery and human trafficking in supply chains.
In 2015, the international community decided to work on eradicating forced labour, modern slavery and human trafficking by 2030 as per Target 8.7 of the 2030 Agenda’s Sustainable Development Goals (SDG).
Today at the UNGA, a cross-regional group of countries will convene to demonstrate the actions they have taken and will continue to take to achieve Target 8.7.
McBain is focused on implementing change that will drive sustainability through the entire global seafood industry. She is the main person behind the establishment and implementation of Thai Union’s SeaChange sustainability strategy launched in 2016. She said the initiative was contributing to broader societal change by helping the world meet the SDG.
The key factors for achieving sustainability in the seafood industry is focusing on the reduction of potential abuse and extortion of legal economic migrant workers, the director pointed out.
“For instance, in Thailand, not only are migrant workers susceptible to discrimination, but they can be coerced into paying high recruitment fees on the way from their home countries to secure a job,” she explained.
This means migrants seeking lawful employment might find themselves deeply in debt before arriving at the job, but debt bondage, she said, has no place in her operations.
Thai Union, a company with a global workforce that welcomes legal economic migrants, has eliminated recruitment fees for all workers in its factories and processing plants.
McBain added that there are a lot of challenges that the industry, and the world as a whole, is facing – from environmental issues such as ocean health and resilience to social challenges surrounding forced labour, modern slavery and human trafficking that are being discussed at the UNGA.
Hence, she said, the industry, civil society and government need to work together to genuinely address these issues in a sustainable manner.
“Businesses are a significant agent for change and we should harness the power of business to bring about environmental, social as well as economic change for the good of people and the planet,” she said.