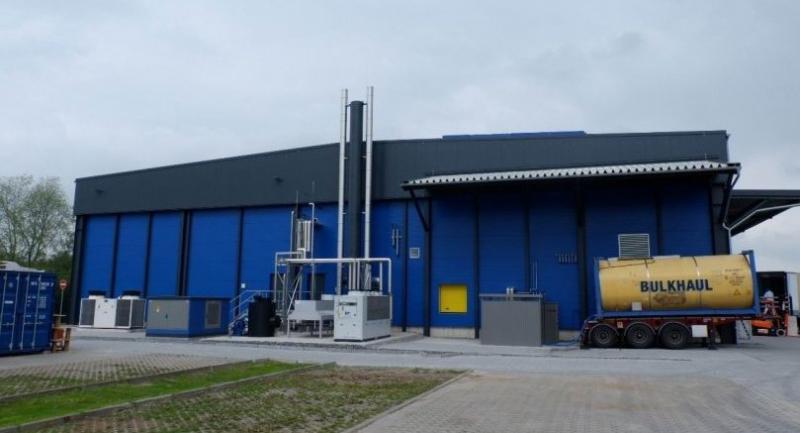 WHEN Tunyawat Kasemsuwan, the director of Global Innovation Centre (GIC), joined Thai Union Group five years ago, he saw a lot of “value” left unused at the firm’s tuna processing factory, and decided to take on the responsibility of finding ways to tap that value.

Tunyawat later led the centre to research and develop ways to cash in on this abandoned value, and finally proposed that the company produce refined tuna oil as a new business.
And now, the long journey of extracting value from the remains of tuna-fish has reached its destination. Crude fish oil extracted in Samut Sakhon province is being shipped to Germany, where Thai Union’s new marine oil refinery is purifying the oil to be sold in the market.

Five months after the seafood giant’s “Thai Union Marine Nutrients” oil refinery in Rostock, Germany, began operations late last year, they have so far sold 250 tonnes of refined tuna oil to one of the world’s top five infant formula manufacturers.
In the past, the company had treated tuna fish heads as a waste and normally sold it as animal feed at Bt6 per kilo, but after being transformed into refined oil through state-of-the-art technology it has become a value-added product, Tunyawat said.
“And it could increase its value a 100 times if it were developed to the highest level for use as an ingredient in pharmaceutical products,” the director said, during a recent visit to the refinery by a group of Thai journalists.

The new oil refinery business is the brainchild of the cutting-edge GIC, which researched for years how to utilise and add value to tuna, the core product of Thai Union.
It is also part of the company’s strategy to create a sustainable future for the tuna industry by innovating to maximise the valuation of the whole fish processed by Thai Union, one of the world’s top four tuna manufacturers.
With a $24-million (Bt764 million) investment in the refinery, the executives are confident of boosting Thai Union’s total revenue.
Leonardus Coolen, managing director of Thai Union Ingredients [TUI], said the timing of the investment in the oil refinery business was good, as it came amid high demand for refined tuna oil.

Coolen cited two reasons: First, refined tuna oil contains a high natural DHA concentration, which is a vital component for baby formula milk and contributes to a baby’s brain development.
Second, due to a new European Union regulation requiring a doubling of the percentage of DHA in infant formula in 2020, it is expected that the market would need additional sources of refined tuna oil, said Coolen.

Tuna oil is considered one of the best sources of Omega 3 and DHA critical to human health and infant development.

“It [the refined oil] will be the future of our company if the value of refined oil and all other co-products can contribute more than canned fish,” Tunyawat added.

In the meantime, Thai Union could also achieve “zero waste” from what is left from their production process, he said.

“We produce raw tuna, have our own tuna factory, and produce crude tuna oil and then refine it at our own factory,” said Coolen.

“By having control over the entire production chain, we can focus on quality and sustainability from dock to door while employing traceability in the picture and focusing on sustainability throughout the supply chain,” he added.

Traceability combats IUU (illegal, unreported and unregulated) fishing, ensuring operational compliance on vessels to manage the fish by-catch, and stamping out illegal or forced labour.
Moreover, by owning the fish from which the oil is extracted, the company can secure the required volumes for customers – unlike refined-tuna-oil-producing competitors who need to source crude oil in the market, added Coolen.
Thai Union’s crude tuna oil is extracted at its Samut Sakhon tuna-processing facilities from raw tuna heads – the best source for highest-quality tuna oil – before being shipped to its refinery in Rostock via the port of Hamburg.

Apart from being located in a tech-driven region, the refinery is geographically well positioned as it is close to most of its customers, Coolen noted.

He expects its key customers to be large multinational companies, such as Nestle, Mead Johnson, Danone, FrieslandCampina and Abbott.
The firm has projected Bt800 million in revenue from both crude and refined oil this year, he said. The current price of refined tuna oil is $12-$15 per kilo, and $7-$8 for crude oil.
The firm will have a 25-30 per cent market share when the refinery can produce at its full capacity, or 5,000 tonnes annually, said Coolen. Full capacity is expected to be achieved within the next three to five years.

TUI is a business unit under Thai Union Group, and was established in 2017 to meet the growing demand for natural, seafood-derived products beneficial to human nutrition, such as marine Omega-3 fatty acids. It also aims to commercialise a new business-to-business line of high-value ingredients identified by its innovation centre.
The firm has been exploring opportunities to expand into production of other nutrients, including a wide range of protein products and bone calcium, Tunyawat said.