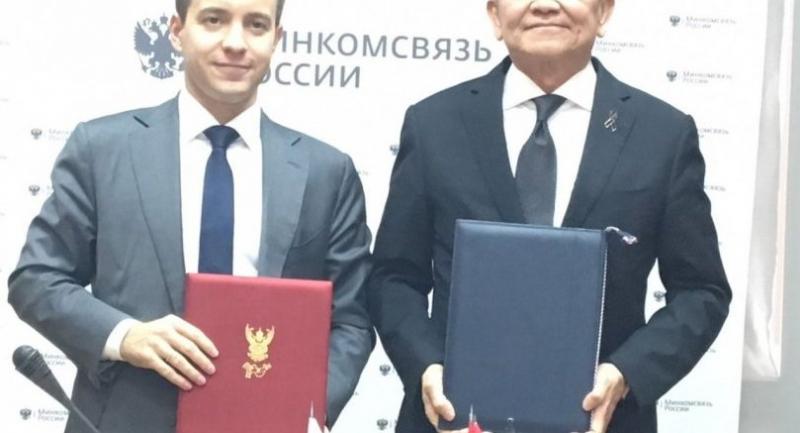 THAILAND’S National Broadcasting and Telecommunications Commission and Russia’s Ministry of Telecom and Mass Communications yesterday signed a joint statement on mutual development of their telecom systems and cybersecurity collaboration.

The statement was signed in Moscow by NBTC chairman Thares Punsri and Nikolay Nikiforov, the Russian minister of telecom and mass communications.
The two agencies aim to promote the reduction of international data roaming fees charged by mobile-phone operators in their respective countries and the exchange of knowledge on cybersecurity of their telecom services.
Representatives of two Thai private telecom operators, Advanced Info Service and True Corp, also held meetings with their Russia counterparts yesterday on the possible lowering of their international data roaming fees.
Reducing these fees could boost tourism between the two countries. About 3 million Russians reportedly arrive in Thailand every year, while around 300,000 Thais visit Russia annually.
Last year the NBTC allocated 170 million mobile-phone numbers, while about 120 million |numbers were in use. Of that 120 million, 70 per cent were third-generation mobile-phone numbers and 25 per cent were 4G mobile-phone users.