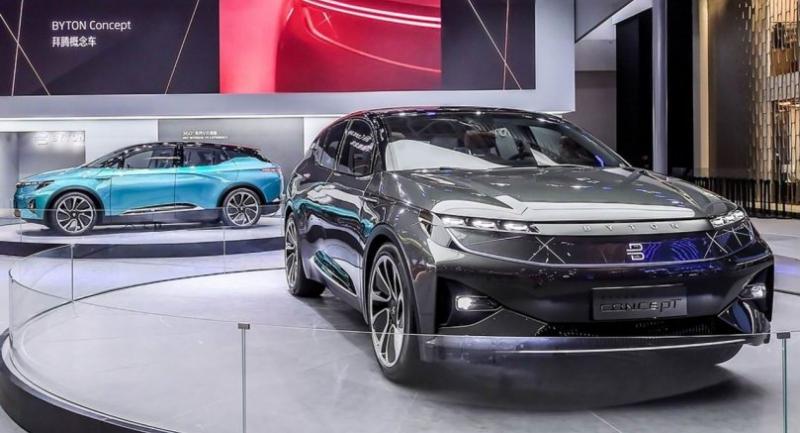 THE CES Asia 2018 consumer electronics show saw plenty of products making their debut at the high-powered exhibition in Shanghai, including an artificial intelligence offering from Alibaba.

Another company showing its products at the three-day event, which ended yesterday, is Byton.
Daniel Kirchert, president and co-founder of Byton, said that the company’s vision is to create what it calls “time to be” for people on the move. The company has built a next-generation smart device for the era of self-driving and shared mobility. The firm also announced the Byton K-Byte Concept, which is a smart drive with an innovative user interface. It come with a 49-inch shared experience display and 8-inch driver tablet, with an advanced hand-tracking camera.
It is deigned for remote touch and gesture control and as part of a rear-seat entertainment system.
“It fulfils all automotive safety requirements. The autonomous vehicle is produced at a plant in Nanjing. We will provide a prototype vehicle by the end of this year. Mass production will follow in 2019 to support customers in the Chinese market, with plans to deliver to the US and Europe by 2020,” Kirchert said.
“We use technology to provide a better user experience with facial recognition, augment reality (AR), virtual reality (VR), simulator and video conferencing. We think that the Chinese market has high growth potential for autonomous vehicles. Byton’s intelligent electric car will be manufactured at the company’s plant in Nanjing.”
Also at the show was Team8, a startup from France, which announced a smartwatch designed for children aged from five to 12. The company says it combines the benefits of “fun, health and security”. The smart watch will be priced 149 euros.
Stephane Daucourt, CEO of Team8, said that the firm will official launch its smart watch in September in France. It came to CES Asia 2018 on the lookout for a partnership and marketing team to deliver its products to Asia.
Miffy Chen, head of Alibaba A.I. Labs, kicked off day two of the event by announcing the TMall Genie AI Union to accompany its TMall Genie. She also announced the world's first commercial Bluetooth mesh chip at US$1. Chen highlighted the humanisation, connectivity and ecological services of the TMall Genie intelligent personal assistant, AliGenie.
Elsewhere at the exhibition, Csjbot, a China-based robotics company, was showing off robots, such as those for services and education. They have been sold in more than 25 countries with over 2,000 customers. The firm will announce a new services robot named Food Delivery Cart to the Chinese market. It is designed for restaurants and hotels. It will carry all kind of dishes to serve customers from the kitchen to the table. The robot will available in China in July.