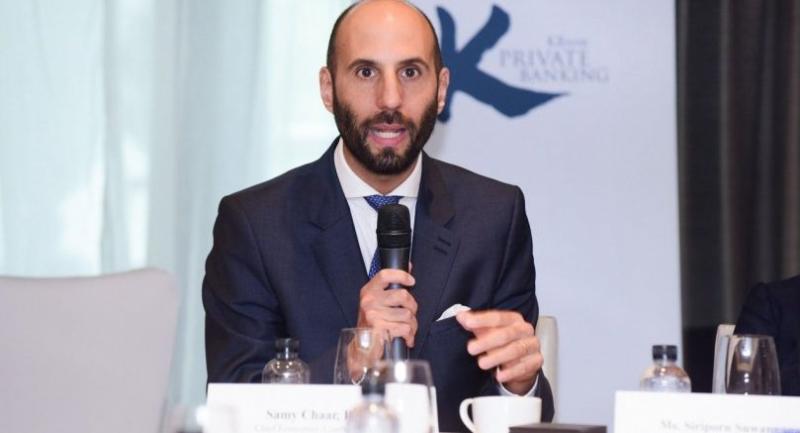 Higher rates may trigger next crisis

THE next global financial crisis would be caused by higher interest rates, not trade tensions or geopolitics and political factors, said Samy Chaar, chief economist of Lombard Odier, a Switzerland-based private bank, yesterday.

Asian companies would suffer only if US dollar sharply rise, he warned.
Now, the world economy remains supportive. Emerging economies have current account surplus, particularly Thailand which indicates strong economic fundamentals, he said at a seminar hosted by Kasikorn Private Banking .
At the same time, surveys point to a solid economy in Europe as many countries have recovered from the previous crisis. Spain has posted current account surplus and its economy has now grown by about three per cent.
He said Europe has gone through an economic restructuring and unemployment rates have now declined.
China is less vulnerable to trade disputes with the United States as it has more trade with Asia, he said.
Meanwhile, the US economy is in an early overheating stage. Growth will continue for a while and the US Federal Reserve will gradually raise inter-rates to address rising inflation concerns.
He argued that judging from the history data , the next economic crisis would be caused by higher interest rate when long term rate surpasses economic growth rate .
The next crisis could happen in the next two to four years, should the US Fed Fund rate rises to about 1-2 per cent from below one per cent currently, according to Chaar.
He was optimistic that the US-China trade dispute will not escalate into a trade war. He expects President Donald Trump would make a compromise with Chinese leader Xi Jinping.
If China offers some market access to the US, Trump would be able to tell his political supporters in the upcoming mid-term elections that he could open the China market. Trade tension is not expected to escalate, he said.
Chaar is positive about investment in equities in Asia and Europe. Investments in yen assets are advised since the Bank of Japan is likely to increase its policy rate.