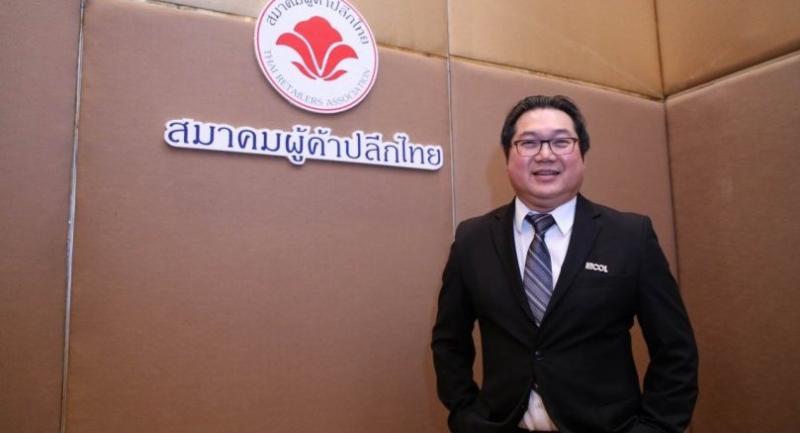 The Thai Retailers Association (TRA) said yesterday that consumer spending is growing at a less than optimal rate in the first half of this year and has suggested that the government consider cutting taxes on luxury goods and launch campaigns such as a “Thailand Grand Sale” to attract tourists.

It is also urging the state to boost subsidies for the elderly, set a minimum hourly wage and promote border trade to stimulate the economy and better distribute income.
TRA president Worawud Oon-jai noted that the overall picture of retail in 2018 showed signs of recovery in every product category, but had slowed down slightly in the last two quarters. This resulted in the retail sector growing just 3.1 per cent versus 2018’s national GDP growth of 4 to 4.1 per cent. The retail sector is key to GDP, with the retail and wholesale sector’s share of manufacturing GDP being 16.1 per cent, second only to the industry GDP.
Over the last two decades, the retail sector has invested continuously, with modern chain stores spending Bt130.2 billion (a yearly average of Bt43.4 billion) from 2016 to 2018. This is more than the money spent on building the Skytrain (Bt123.3 billion) or the auctioning of the 4G 900MHz spectrum (Bt76 billion). Modern chain stores have also been providing direct employment to more than 210,000 people annually, and indirect employment to another 150,000.
TRA, however, is concerned that the retail sector may not be able to maintain this level of investment if retail sales remain flat.
Worawud pointed out that there were still some economic variables in 2019 especially the lack of clarity on infrastructure investment, unsteady farm prices and political uncertainty.
“All institutions agree that Thailand’s economic growth will slow down during 2018-19. The export and tourism sectors will be slower. Tourism has been an economic mainstay, and a slowdown will have a direct impact on private investment, which will affect the retail sector indirectly. It is forecast that private investment in 2019 should move towards growth compared to 2018, but there is no clarity yet,” Worawud said.
He added that if state infrastructure investments, such as the development of the Eastern Economic Corridor and Suvarnabhumi Airport, go as planned, it will help boost investor confidence and unlock further investment. These projects are key variables to drive domestic economic recovery, especially with cash being injected from employment, which circulates down to the local economy efficiently.
As for measures to stimulate tourism, Worawud said free visa-on-arrival and new double-entry visas might help boost tourism to some degree. However, if the structure of import duties and the operation of duty-free stores create distortion, there will be no growth in tourist spending in downtown stores. As for farm products, which is a core source of income for a large part of the population, the forecast is that crop prices will not follow the growth trend of global markets and rice will be the only product earning a good income.
Worawud also said that post-election stability will be another economic variable for the country, and it could have a direct impact on future trade and investment decisions for years to come.
He added that overall in the Thai retail industry this year, the middle- to lower-income groups are “listless”, while middle- to high-income groups are “flat”. The retail sector is still “at risk” from uncertainty and lack of clarity.

Forecast for the first half

The retail industry has no faith in the government’s “Angpao Red Envelopes for the Nation” campaign to boost consumption. Initially it was expected that spending would exceed Bt100 billion with 6 million consumers joining the programme. However, latest data shows that registration has only been in the tens of thousands, and spending, so far, stands at about Bt10 billion.
Combined with the general election, during which over Bt50 billion is expected to be spent, the first half of this year will see only about Bt60 billion in circulation. Hence, little or no growth will be seen in the first quarter for the retail sector.
In the second half, if the state sector accelerates bidding for infrastructure projects to be completed within the first quarter, these investments will result in growth for the retail sector at the end of the third quarter and the beginning of the fourth quarter. Without this timeframe, the second half will be lethargic to failing for some business segments.
The Retail Index for 2019, however, should remain stable overall or fall slightly compared to last year. Growth is expected to be about 3 to 3.1 per cent, lower than the national GDP, which is forecast to grow by 3.5-4 per cent.

TRA’s proposals for the government
The government should focus more on the retail industry, as it is a core driver of the economy. This sector is only second to the industrial sector and is the top employer outside of agriculture. At the same time, retail/wholesale consumption is over 55 per cent in value of all private sector consumption.
To address the issue of distorted tax structures, the government should study and consider cuts in import duties on luxury brands, particularly fashion, cosmetics, leather goods and watches. This will help boost tourist spending in downtown stores.
The Tourism and Sports Ministry could also organise a “Thailand Brand Sale” for the low season from June to August, in order to attract tourists and encourage spending by consumers who still have buying power. The government should also not prevent other firms from operating duty-free stores inside and outside airports, so consumption can be liberalised in every region and sector of Thailand. TRA said these measures will also help boost state revenue.

Hourly wages
Worawud said retailers should hire people on an hourly basis, while there are enough people, such as the elderly and retired, who do not have sufficient income but still have financial obligations. He said that since this group cannot work for eight hours, there should be a way of hiring them on an hourly basis. The 1998 Labour Protection Act specifies that workers who are not students must have a daily income equal to the minimum wage, which means if someone is hired for just four hours, the employer must pay a wage of Bt300 to Bt360.
Therefore, it is necessary for the state to set hourly rates, he said.
Also, he said, the state should consider boosting the income of elderly people by giving them tax breaks. At present, this is fixed at Bt15,000, which means people earning more than Bt15,000 per month cannot earn tax breaks.
The state sector should also create incentives for the private sector in the retail/wholesale industry, as well as the tourism and service industry by offering them privileges such as tax breaks and other rights.
The state sector should also introduce measures to use vocational qualifications as a standard for employment, starting with the state sector itself.
The state must introduce clear measures to promote border trade, consider relaxations at border crossings, increase the number of points and provide convenience. Providing VAT refunds for tourists from neighbouring countries who enter Thailand over land should also be considered.