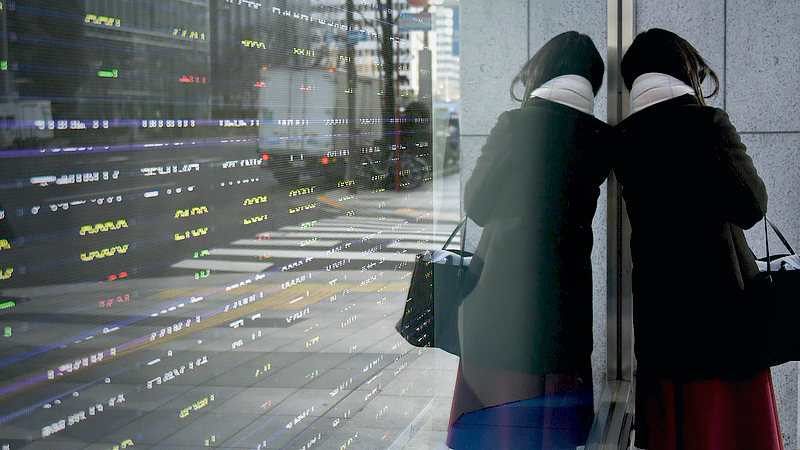 Stocks rose and benchmark Treasury yields retreated for a second day amid optimism the economy will continue to benefit from government support.

Technology shares led gains, with the Nasdaq 100 outperforming the benchmark S&P 500. Intel jumped 7% after the chipmaker named a new chief executive. Treasurys received strong demand for a second consecutive day at a government debt sale, helping to send yields down from the highest levels since March.

"Investors continue to focus on growing expectations for increased fiscal spending and promising economic prospects as the vaccine rolls out later this year," said Ryan Nauman, market strategist at Informa Financial Intelligence's Zephyr. "It's all about resiliency here right now and equity markets continue to overlook and not be phased by all the chaos that's out there."

In Washington, the House of Representatives is voting to impeach President Donald Trump for a second time. A Senate trial for Trump probably will not begin before his term ends Jan. 20.

European Central Bank council member Francois Villeroy de Galhau said the ECB will keep an easy stance for as long as needed, and U.S. investors took comfort from remarks by two Federal Reserve officials that pushed back on the possibility of tapering bond purchases anytime soon.

"Coordinated comments from Fed governors" are helping to deflate bond yields, said Deutsche Bank strategists including Jim Reid in a note to clients. "We've only had seven business days this year, and we've already had a full 360-degree tapering debate played out by the Fed."

Europe's Stoxx 600 was flat, with losses in banks and travel shares outweighing M&A announcements. Among the day's winners, French grocer Carrefour rallied after Alimentation Couche-Tard, the convenience-store giant that owns the Circle K chain, said it's exploring a transaction.

In Japan, the Nikkei 225 outperformed, reaching a record in dollar terms. Equities also ticked up in South Korea, while Hong Kong shares were flat.

- JPMorgan Chase & Co., Citigroup and Wells Fargo are among firms due to report earnings.

- The yield on 10-year Treasurys dipped four basis points, to 1.09%, the biggest decrease in five weeks.

- West Texas Intermediate crude fell 0.6%, to $52.88 a barrel, the first retreat in more than a week and the largest fall in a week.