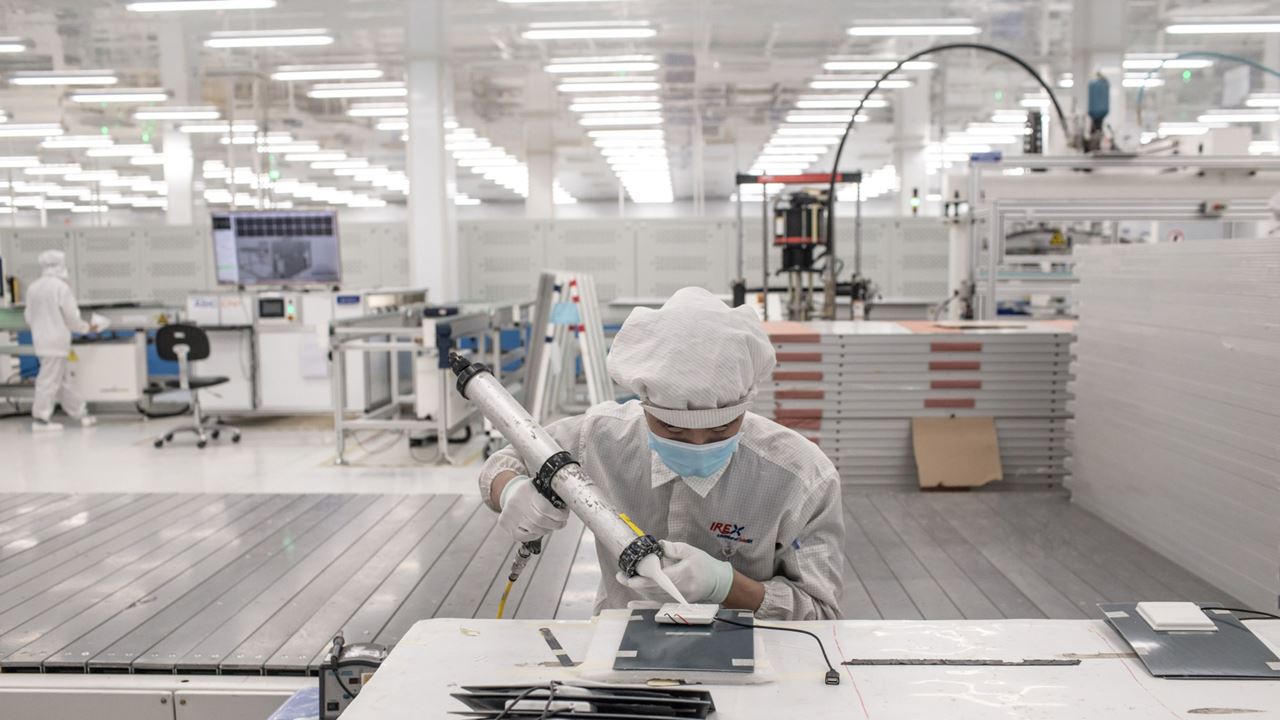 Manufacturing managers across Southeast Asia reported a heavy blow in August from one of the worlds worst Covid-19 outbreaks, while producers in North Asia continued to enjoy robust output.

Manufacturing purchasing managers' indexes for Indonesia, Vietnam, Thailand, Philippines and Malaysia all remained deep in negative territory in August, reflecting the disruption from lockdowns that forced factories to halt or slow production.

Vietnam's IHS Markit PMI fell to 40.2 from 45.1 in July, its third consecutive month of contraction and the lowest reading since April 2020. Thailand's PMI fell to 48.3 from 48.7 -- its seventh contraction in the past eight months -- while the Philippines' fell to 46.4 from 50.4, its lowest reading since May 2020. Malaysia's reading ticked up to 43.4 from 40.1 in July, and Indonesia's rose to 43.7 from 40.1, though both remained well below the 50 point level that separates contraction from expansion.

Data from IHS Markit showed India's manufacturing PMI fell to 52.3 from 55.3, making it an exception from the south to still post expansion, albeit a softer one.

Southeast Asia's under-vaccinated economies have been fighting record levels of infections and deaths, including in Thailand, Malaysia and Vietnam. Of 53 countries in Bloomberg's latest Covid Resilience Ranking, the bottom five are all in Southeast Asia.

Worldwide goods trade, which had been a pillar of the global economy earlier in the pandemic, is now under threat from the delta-induced interruptions, on top of still-soaring shipping costs. It's all coming at a particularly sensitive time for global trade, as overseas buyers rush to ensure their shelves will be stocked in time for the year-end holiday shopping season.

In North East Asia the manufacturing picture is holding up, though it's showing hints of moderation as delta spreads.

China also has battled renewed threats to production as it struggles to dampen a rise in infections, including incidents at some of the busiest ports in the world. In a hint of that impact, the Caixin Media and IHS Markit PMI fell to 49.2 from 50.3 -- its lowest reading since February 2020 -- and new orders also fell.

Data on Tuesday showed China's official PMI declined to 50.1 from 50.4 in July. The new export orders sub-index declined to 46.7 in August from 47.7 in July, even as some companies put in earlier orders for the holiday shopping season in anticipation of delays.