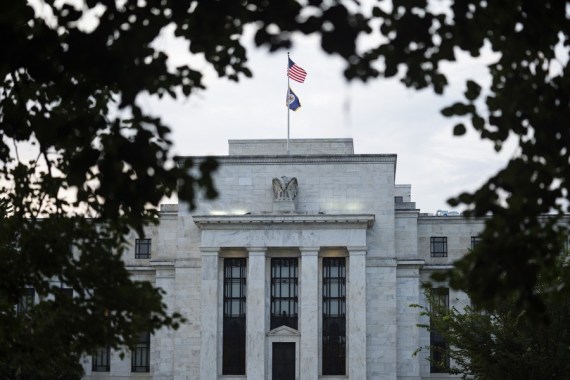 Two-thirds of economists expect the tapering announcement at the Feds Nov. 2-3 meeting, with more than half seeing the tapering starting in December, a Bloomberg survey showed.

The U.S. Federal Reserve will probably hint at its meeting next week that it is moving toward announcing a reduction in monthly asset purchases in November, according to a Bloomberg survey of economists released Friday.

Two-thirds of economists expect the tapering announcement at the Fed's Nov. 2-3 meeting, with more than half seeing the tapering starting in December, the survey showed. The Fed will hold its next policy meeting on Sept. 21-22.

The survey of 52 economists, which was conducted Sept. 10-15, also showed that the Fed would hold interest rates near zero through 2022 before delivering two quarter-point increases by the end of the following year.

"The delta variant and some moderation in inflation should allow the Fed to be patient in tapering, with an announcement likely in November or December, depending on the economic data," Scott Brown, chief economist with Raymond James Financial, was quoted as saying in a survey response.

The Fed has pledged to keep its benchmark interest rate unchanged at the record-low level of near zero, while continuing its asset purchase program at least at the current pace of 120 billion U.S. dollars per month until "substantial further progress" has been made on employment and inflation.

Many Fed officials have said in recent interviews and public statements that the central bank could begin reducing asset purchases this year.

The survey also showed that 89 percent of the economists expect U.S. President Joe Biden to renominate Jerome Powell for another four-year term after his current tenure as Fed chair expires in February.

Fed governor Lael Brainard, a Democrat, is seen as the most likely alternative, with 9 percent of economists predicting she will be chosen as chair, according to the survey.