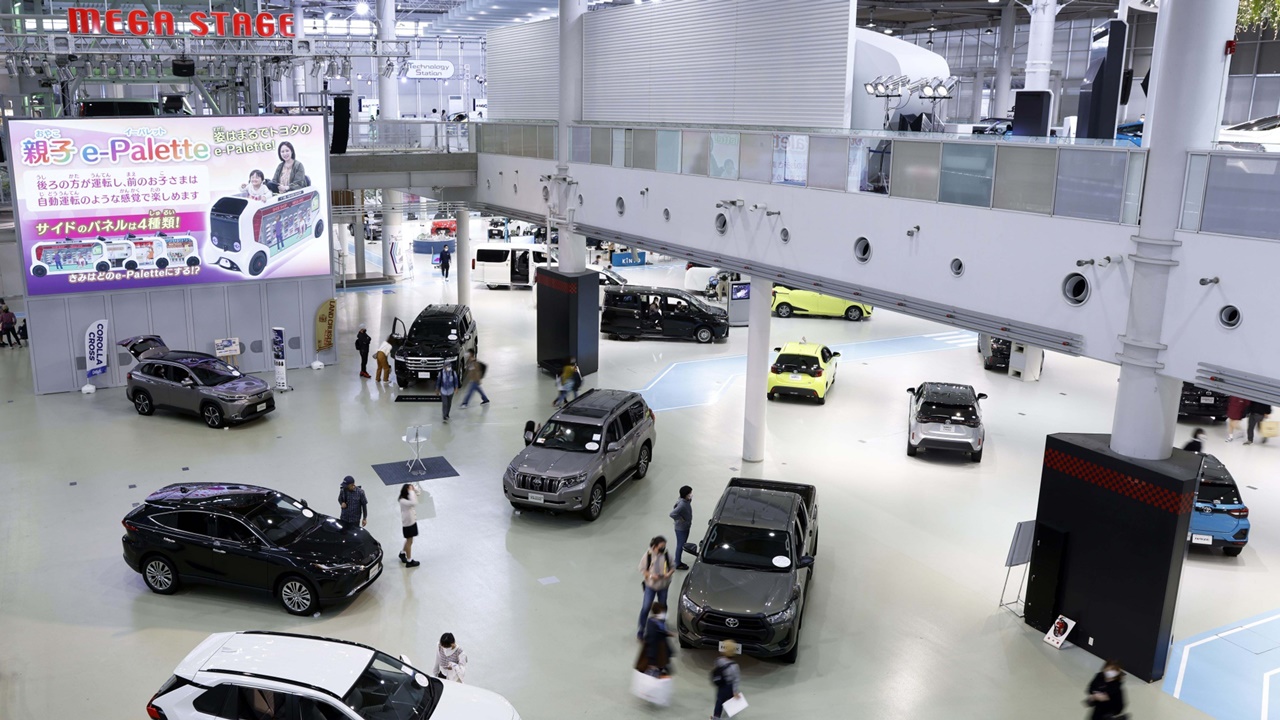 The upbeat profit figures, which are also being bolstered by a weaker yen that's boosting earnings at home, comes despite the carmaker having to cut back production because of an outbreak of Covid-19 in Southeast Asia that affected access to chips and other key parts. It also supports predictions by the automaker that supply-chain snags will ease, enabling it to recover lost production.

"This is a positive surprise," said Bloomberg Intelligence analyst Tatsuo Yoshida. "The fact that they are predicting 2.8 trillion yen means that they will meet consensus estimates or exceed them."

Toyota started the July-September quarter in strong shape, shaking off industrywide parts shortages. Sales in July rose to a record high and total output grew by double digits. Yet, by mid-August, supply troubles impacted Toyota's production. Around that time, governments in Southeast Asia, a manufacturing hub for Japanese automakers, were imposing strict restrictions on local business operations amid a resurgence of coronavirus infections.

Unable to secure a number of key parts including wire harnesses from Vietnam and chips from Malaysia, Toyota announced it would be slashing production by around 40% in September. Those cuts have continued to weigh on output plans, leading Toyota to trim its production outlook for the year to 9 million vehicles from 9.3 million units.

That forecast is now looking slightly conservative, Toyota Chief Financial Officer Kenta Kon said in a briefing. Even so, "there are still some risks after December," he said.

Rising used car prices are making it easier for dealers to cut back on incentives for new cars, boosting the amount of profit that Toyota and other automakers can get from every vehicle driven off sales lots. Quarterly sales climbed 11% to 7.55 trillion yen, topping analysts' prediction for 7.13 trillion yen. Toyota kept its sales target for the year intact, at 30 trillion yen.

With supply unable to keep up with demand, inventories are thinning out, leading to higher prices and temporarily bolstered profit margins, according to Shinji Kakiuchi, an analyst at Morgan Stanley MUFG Securities. As Toyota ramps up output, "if operating profit margins remain high, this will lead to strong profitability," he said in a recent briefing, noting that the automaker should be entering a "production recovery" phase this month.

Toyota said last month that conditions in Southeast Asia are improving and that it's had to cut less production than originally anticipated. The company is targeting November output of 850,000 to 900,000 units, an increase from the same month in 2019 and 2020. It originally planned to produce 1 million cars this month.

"Production volume declined globally, but our suppliers, plants and dealers made great efforts to supply as many cars as possible," Toyota said in presentation materials. "We have also benefited from tightening supply and high demand in the new car market," helping to deliver results that are "robust beyond our underlying strength," the company said.