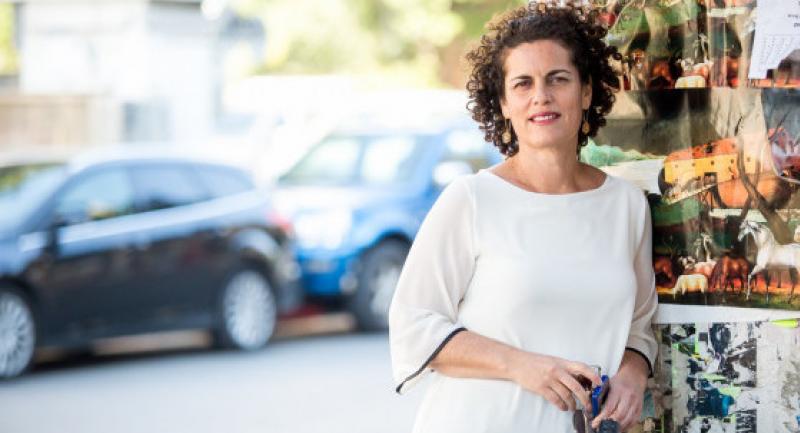 By Jintana Panyaarvudh
The Sunday Nation

She started her first business when she was just eight years old, swearing she wouldn’t go home without money in her hand, and has never looked back.

A powerhouse of energy and a serial entrepreneur, Merav Oren is the founder of social initiative WMN, the only collaborative workspace that focuses on women-led start-ups in Israel. WMN is part of her Agora company, which specialises in design, technology, and lifestyle in the public space and business sector.

Recently named as one of Geektime’s 100 most influential people in Israeli hi-tech in 2015, she sat down for a chat with the Sunday Nation.

Tell us about WMN

WMN is a female entrepreneurship centre that opened at the Tel Aviv Port in June 2015 aiming to change the numbers in the start-up ecosystem. WMN provides its members with a co-working space and professional workshops as well as mentors and networking opportunities with profound and leading women and men in the industry who want to “pay it forward”.

What was your initial purpose in setting up the co-working space?

My initial purpose was to create a space where early-stage start-ups can work comfortably while creating a community where people can be connected to others who face the same problems and challenges they do – and thus learn from each other, search for help and get advice,

Is WMN designed for women only?

No, WMN isn't designed for women only, but for women-led start-ups who have at least one woman as the founder or CEO. The reason for that condition is that women founders face lots of challenges from a young age. It starts from the education system and continues through the army (in Israel) and higher education systems.

Most of the business relationships here start in the army and networking systems are created there in a natural way. The people in the same network system “pass it forward” between themselves.

In addition, not just in start-ups but in all entrepreneurship fields, family capital will be used to support the husband's business and not the wife's. On top of that there is the subject of raising children and housekeeping, which remains traditionally the women's role.

So basically I think that's why founding a start-up, which is a demanding business that takes resources and time, and requires knowledge and an understanding of technology, is harder for women. And that’s why WMN was created for them.

How can WMN be a game changer for women entrepreneurs?

As I said before, it’s harder for women to be entrepreneurs than for men. WMN gives their members the space, the support, the community, the networking and much more to help them develop themselves and become a successful company.

Is there any other co-working space for women-led start-ups in Israel?

No, there are no other co-working spaces like WMN in Israel and as far as I know there are only a few around the world.

How do you find the funds to run the space? Do you receive any support from the government or the private sector?

We have no government support but we do receive help from the private sector. Tel-Aviv municipality is a strategic partner.

Can anyone become a WMN member or it reserved only for those who want to become entrepreneurs or start-ups?

WMN is a space for entrepreneurs and early-stage start-ups. Currently, we don't serve anyone else.

To become members of WMN, entrepreneurs need to apply through our website. Membership is approximately $100 per month per person.

What facilities does WMN provide for them?

We foster creativity and innovation throughout our space that consists of joint and private work areas, a comfortable working space, wifi, as well as meeting rooms every start-up can use with advance notice. We also have lounges, brainstorming rooms, a kitchen and a bar.

Can you evaluate the performance of WMN since its opening? Would you describe it as successful?

It’s been successful from the very first day. It was home to 18 start-ups, some of whom left after they found funding or were accepted by Israel's best accelerators such the EISP and MassChallenge.

Do you plan to open more WMN centres in other cities in Israel or enter into contact with other firms in other countries to set up the WMN outside Israel?

Yes, I am planning to extend WMN in Israel and also in other countries.

So far, how many start-ups or entrepreneurs are working at your space? Can you name some of them?

Eleven start-ups are now working at the space. They include RealFace, an innovative user authentication and optimisation operation that uses the world’s best face recognition technology; Trench, which is revolutionising fashion by building sharing economies and empowering them with an innovative digital currency and an engaging app; Aida, an innovative, gamified application for people who are searching for long-term, meaningful relationships; DoJesta, which revolutionises the way people get loans by enabling a scalable mobile platform for credit sharing between friends and family; Open Restaurants, an online marketplace for the best culinary experiences a region has to offer; and Infime, an online underwear brand that allows you to match your underwear exactly to the size and the style you desire.

What would you say to encourage women who want to become start-ups or entrepreneurs?

If you can dream it, you can do it!