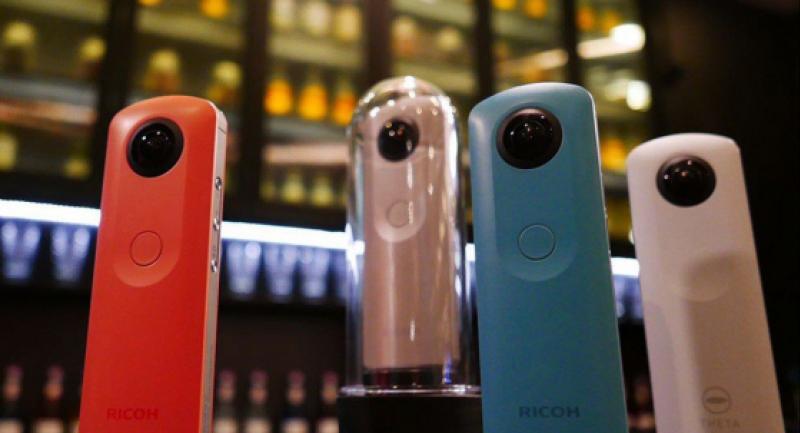 Virtual reality (VR) and 360-degree cameras are evidently prolific in the multimedia industry. The trend began with the Samsung Gear 360 and the Nikon Keymission 360, but Ricoh recently joined with its very own Theta SC 360-degree camera.

Compared to its predecessor, the Theta SC has simpler configurations and specifications. Ricoh decided to remove the micro-HDMI port from the SC models. It only allows users to record video footage that is up to 5 minutes long, unlike the S model that allows 25 minutes of video recording. Ricoh also removed the live-streaming capability from the new device.

The Theta SC comes in blue, beige, white and pink. It includes updates for iOS and Android application builds that are said to be more intuitive for synchronizing the navigation features.

Genichiro Takaoka, a member of Ricoh's sales and marketing division, told The Jakarta Post that the Theta SC was designed to appeal to non-tech experts and trend followers. “It is only imperative for us to design a highly relevant technology that is retailed at an affordable price. We strategized this initiative to expand the market demographic for 360-degree-camera users.”

The Theta SC's retail price was lowered because of its simpler features and configuration. Henry Untung, the sales manager of PT Aneka Warna Indah, Ricoh’s Indonesian distributor, stated that the Theta SC was released in mid-November and had a starting price of Rp 4.8 million (US$358).

“Social media platforms such as Facebook and YouTube allow users to upload 360-degree angled photos and videos. Our main targets are the younger generations flocking to this trend,” Henry said.