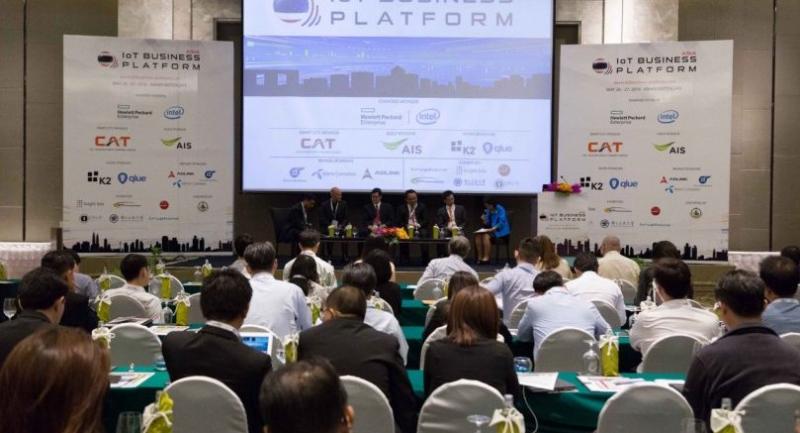 Exploring the theme of "Understanding IOT Needs of Business in Thailand," this year's Asia IoT Business Platform takes place July 24 to 25 in Bangkok.

The event will highlight insights and key issues related to adopting Internet of Things (IoT) in Thailand. It will focus on digital transformation of Thai enterprises and organisations, and the Thailand 4.0 initiative.

WHAT WILL BE THE FOCUS OF THE ASIA IOT BUSINESS PLATFORM (AIBP) IN THAILAND THIS YEAR?

This year's Asia IoT Business Platform (AIBP) will focus on the pain points experienced by local businesses as they consider or implement the Internet of Things (IoT) as part of their digitisation strategy. We host events throughout countries in Southeast Asia, and while there are some common pain points, we feel that there is great value to engage local stakeholders to understand the idiosyncrasies of each local market. For example, retail malls in Thailand will have different digitisation needs from retail malls in Indonesia because of the culture, spending habits and usage of technology among their clientele.

Also, Thailand is a traditional manufacturing hub in Southeast Asia and the AIBP will focus on how local factories can future-proof themselves and be part of the Industry 4.0 revolution. Manufacturing is the largest contributor to Thailand's Gross Domestic Product (GDP) but growth within this sector has lagged over the past few years. Technology is an important enabler for Thai manufacturers to keep up with their overseas competitors. This year, at AIBP, stakeholders from the local manufacturing industry will get to network with their peers from companies such as Charoen Pokphand, Siam City Cement and Thai Yamaha Motor. They will also learn international best practices in implementing Smart Factory or Industry 4.0 strategies with presentations by Microsoft, KPMG, HPE, Fujitsu and Oracle.

Besides the manufacturing industry, the event will feature IoT digitisation strategies for companies in various industries including public services and smart cities, transport and logistics, banking and finance, and retail.

WHAT DOES AIBP HOPE TO ACHIEVE THROUGH THIS CONFERENCE?

Our aim is to spread the word among enterprises in Southeast Asia about the benefits of IoT technology implementation. Economically, Southeast Asia is one of the fastest growing regions in the world but local enterprises have a long way to go to achieve the level of competitiveness of their foreign counterparts.

As our borders become more open and local companies face competition from overseas, technology is one factor that will enable local firms to compete both locally and internationally.

Early adoption of IoT technology as part of their digitisation strategies will give these companies a firm foothold in their local markets and open up opportunities in neighbouring Asean countries as well.

In a recent survey we conducted with businesses in Southeast Asia, we found that the greatest challenges business face in deploying IoT solutions are cost, incompatibility with legacy systems, and complexity.

HAVING ORGANISED THE ASIA IOT BUSINESS PLATFORM FOR THE PAST SEVERAL YEARS IN MAJOR CITIES ACROSS THE REGION, WHAT ARE SOME OF TRANSFORMATIONS YOU HAVE WITNESSED IN BUSINESSES ADOPTING IOT?

We have been fortunate to witness some great transformations over the years. The best example within Thailand is Siam City Cement's (SCC) project done in collaboration with Fujitsu.

They overhauled their existing IT systems by building a new data centre and upgrading applications that their employees were already familiar with. But these changes brought about greater agility and productivity, which resulted in reduced personnel costs and a more efficient workflow. And that allowed reduced lead times in identifying and fixing problems within their manufacturing processes. In such a short time frame, the project has already been deemed a success and SCC will be looking to implement the second phase, which will involve exploration of further IT systems to increase businesses competitiveness (not just cost reduction).

We've also seen similar digital transformation stories within many different areas of manufacturing. From high-tech to auto parts to food and beverage, manufacturing companies are reaping the rewards of IoT deployment.

In other countries, IoT technology has been used by banks in the Philippines and Indonesia to provide banking services to citizens living in suburban provinces. IoT technology has reduced the need for banks to have physical branches while still being able to provide a high level of service to their clients.

These banks work very closely with local telecommunication companies to build these capabilities.

YOU ALSO WORK WITH SEVERAL GOVERNMENTS ACROSS THE REGION. HOW CRUCIAL IS THEIR ROLE IN THE INTERNET OF THINGS?

The government plays a central role in providing an environment conducive to enterprise adoption of IoT. Governments have created policies that increase the number of solutions available to enterprises and promote their adoption by providing financial and non-financial support.

For example, Singapore has spent a lot of resources to promote their Smart Nation Program globally to attract international companies to partake in local projects.

Thailand recently formed the new Ministry of Digital Economy and Society to oversee how digital transformation projects affect the growth of both the economy (businesses) and society (people). In Thailand, the ministry has set a target for the digital sector to contribute to 25 per cent of the country's GDP. Malaysia has the National IoT Roadmap, which targets a 9.5 billion ringgit (Bt74.1 billion) contribution to Gross National Income by 2020. The execution of these programs will determine how local adoption rates of IoT vary over the next 3-5 years.