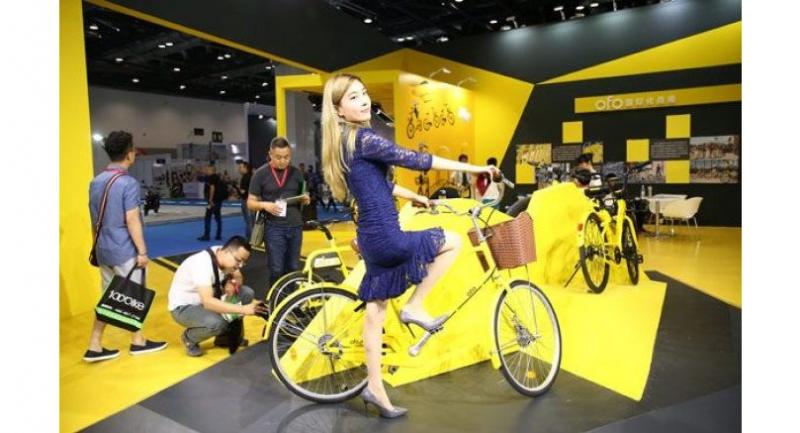 A woman tries out an Ofo bike at an industry expo in Beijing.

Chinese bike-sharing giant Ofo Inc announced on Monday that it will officially launch its bicycle-sharing services in Thailand from Aug 1, marking the latest step toward its ambitious goal to cover 200 cities in 20 countries by the end of this year.

Ofo said it had launched a trial at the Thammasat University in Bangkok and plans to partner with 10 other universities in the next three months. By then, the services will be available on streets.

The Beijing-based startup plans to operate a total of 6,000 shared bikes in Bangkok by the end of September. And the number is set to increase by 5,000 per month after that.

"We aim to promote a cycling culture and help improve the traffic situation in Bangkok and other Thai cities in the near future," said Lawrence Cao, Ofo's head of Asia-Pacific business. "The company has been committed to bringing localized service for riders and providing a sustainable last-mile solution for city dwellers."