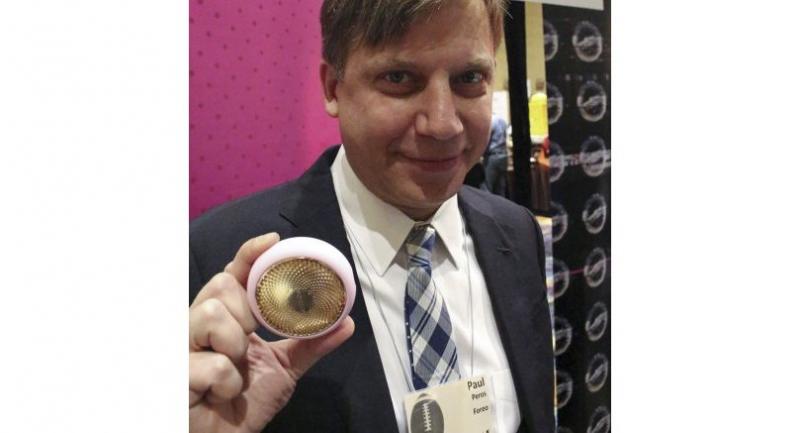 Beauty startup Foreo is launching a "UFO" to make salon-style face mask treatments as much a part of people's days as brushing teeth.

The young Swedish firm is giving visitors the full treatment with a glamor gadget that resembles a tiny alien spacecraft this week at the Consumer Electronics Show in Las Vegas.

Face masks, which typically involve coating one's face with skin-loving lotions that work their magic while drying for 20 minutes or so, were among top search terms at Google last year.

Foreo, which was founded in 2013 and boasts nearly a half-billion dollars in annual revenue, decided sheet masks were due for a make-over with some help from technology.

"This is the world's first smart mask."

The puck-shaped device fits easily in the palm of a hand. Face mask ingredients are placed inside and activated by heating or cooling elements as the "UFO" glides about a face.

"When you are finished it is like you've had a full facial experience, but in only 90 seconds," Watt said.

Foreo chief executive Paul Peros was adamant that he used UFO, which the company said was a play on 'Your Future Obsession,' each morning and evening.

"Of course my wife thinks my face is prettier," Peros quipped when asked.

UFO models will be priced at $179 and $279 when they are released to the mass market in April, but can be bought at discount online at Kickstarter.

Watt said the beauty industry is steadily merging with the tech world in a trend that is inevitable and "amazing."