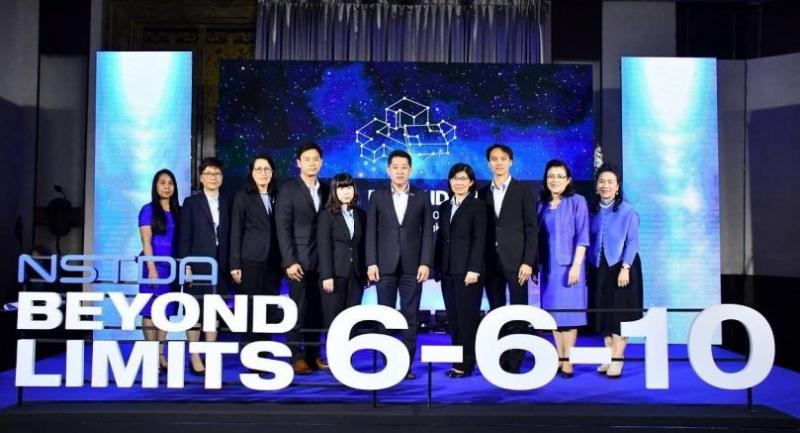 IN A MOVE to drive forward science, technology and innovation in Thailand, the “6-6-10” strategic plan has been announced by the Science and Technology Development Agency (NSTDA).

The strategy focuses on six research pillars, six frontiers of research and 10 technology development groups. The NTSDA will focus its attention on the strategy in collaboration with other organisations and the universities in an effort to make real-life changes and improve the country’s economy, it announced.

The six research pillars include the current five priority research areas supported by NSTDA: bioscience and biotechnology, nano-science and nano-technology, electronics and information technology, material and manufacturing technology, and energy technology. Added to the mix is “agenda-based research” to address the country’s current needs.

The agenda-based research will include  niche research such as dual-use technology, rail and modern transport, medical devices and assistive technology to aid the disabled.

The six frontiers of research include the cutting edge of technological inquiry, and were picked to help address the new 20-year national strategy. They are quantum computing, bionics, nano robotics, terahertz, DNA data storage, and atomic precision bio imaging and plant electric circuits.

Narong Sirilertworakul, president of NSTDA, said that to drive the six frontier areas and 10 technology development groups, a national science and technology infrastructure is required as an enabler of science, technology, and innovation research and development.

“NSTDA is transforming from the national science and technology development centre into one of the key drivers of the national science, technology, and innovation enablers. With the research and development capability and technology management experience of NSTDA, we are confident that we can support and expand real-world economic impact research, in order to help drive the country’s economy and competitiveness,” said Narong.

The NSTDA aims to create a Bt50 billion economic impact in 2019, which is five times larger than the agency’s R&D spending of Bt10 billion for that year.

In 2018, NSTDA created Bt45 billion worth of science, innovation, and technology R&D impact on the country’s economy, he noted..

Chai Wutiwiwatchai, director of the National Electronics and Computer Technology Centre (Nectec) said that in the era of artificial intelligence (AI) and Big Data, the country needs to have a national super-computer centre to support advanced sciences, innovation and technology R&D. Nectec is working on establishing such a centre over the next three years. To be located at the Thailand Science Park, The National Super Computer Centre, will have a budget of about Bt800 million from 2019 to 2021.

Moreover, Chai said, to integrate the power of the researches that Nectec is keen on, there is also the need for a cyber-physical centre that would integrate and combine related research including into sensors, the Internet of Things (IoT) and AI. Part of the national S&T infrastructure, the Cyber-Physical Centre would over the next three years aim to encourage participation of 50 organisations both private and government, as well as educational institutes.

“AI and Big Data is the next big thing, so Nectec also has the Thai People Map and Analytics Platform (TAMAP) with the aim to collect citizens’ data such as ID number, address, and career as well as health, finances and welfare. This citizen data will be used to drive Thailand to information-based policy decision-making,” said Chai.

MTEC’s researchers had been transferred R&D knowledge held by NEDO for the design and development of knee prostheses, along with a Bt20-million machine to test durability of prosthetics. As a result, Teijin Nakashima Medical delivered a commercialised product called “Future Knee” to the Japanese market. It can help 200 patients a year.

NSTDA is also involved in helping establish a joint venture company linking a Thai company and Teijin Nakashima Medical. They aim to encourage the local development of advanced medical machines, as well as to be the key mechanism in R&D to drive the industrial supply chain.

Additional, the Electrical and Electronic Products Testing Centre (PTEC) has set up a testing lab for portable-sized batteries of 600 kilowatts. They can boast Daimler and the Thonburi Automotive Assembly Plant as customers. Daimler will invest in developing the battery assembly plant in Thailand, which is scheduled to commence operations in February. The next month, Daimler will send a battery to be tested at PTEC. It is Daimler’s first battery assembly plant in Asean region and the fourth in the world, and is tangible proof that Thailand has entered the electric vehicle industry.