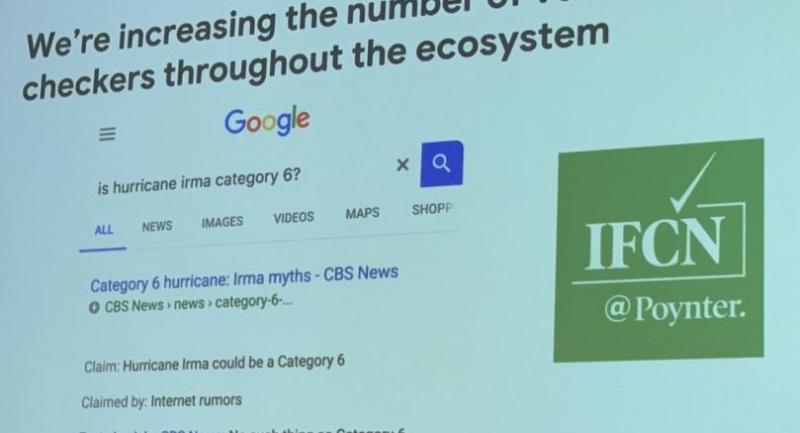 Tech giants Facebook and Google have committed to fight misinformation and focus on fact checking on their platforms, especially during the upcoming election in Thailand.

With around 52 million monthly active users in Thailand, Facebook may be the most influential social media platform in the national election, which is soon to officially kick off.

Facebook quickly announced its commitment to support the election’s integrity and transparency. Katie Harbath, the platform’s global politics and government director, said the company had doubled the number of people working on “safety and security” issues around the world to 30,000.

It has dedicated teams working during all of the world’s elections to help detect and prevent malicious abuse on Facebook, including among Thai language speakers.

“We are absolutely committed to preventing all kinds of inauthentic behaviour on our platform, be it misinformation, misrepresentation, phishing, bullying, violence, harassment, or interfering with elections,” said Harbath.

“Combating false news is crucial to the integrity and safety of the Thailand election, but we cannot do this alone. We believe it requires a concerted effort across industry, civil society and the government.”

Facebook has five measures to support informed community and to protect election integrity on its platform. They are cracking down on fake accounts, reducing the distribution of false news, making advertising more transparent, disrupting bad actors and supporting an informed electorate, according to the company.

To crack down on fake accounts, Facebook is identifying them through both automatic and human processes. Its security systems run in the background millions of times per second. It also uses Artificial Intelligence to identify over 99.6 per cent of the fake accounts, and removes them before they are even reported. In the second and third quarters of 2018 alone, it removed around 1.5 billion fake accounts, the company claims.

To reduce the distribution of false news, it removes content and takes enforcement measures against those who repeatedly violate its policies. It aims to reduce the spread of problematic content, and informs the community with additional content.

“We are exploring how to promote awareness of false news and share our ‘Tips to Spot False News’ in partnership with local organisations through a public service announcement both on and off the platform,” said Harbath.

“And we will host a training session for our Thai news partners and leading media organisations to share best practices for newsrooms, including elections coverage case studies and highlights.”

Facebook also wants to make advertising more transparent, she said. Anyone can now view active ads from Pages on Facebook. The feature allows people in Thailand to see ads across Facebook, Instagram, Messenger and its partner network, even if those ads are not ‘shown’ to them. People can also learn more about Pages, even if they do not advertise. For example, they can see any recent name changes and the date the Page was created.

It also has been supporting an informed electorate through the election journey, she said, including registering to vote, making a voting plan, voting and getting friends to do the same, and connecting with new representatives.

Google has committed itself to being an able supporting tool for journalists in order to strengthen the quality of journalism and also to fight misinformation, especially during the upcoming election in Thailand, a senior executive said.

Google said it is combating misinformation alongside news organisations in Asia Pacific and around the world through Google News Initiatives. The challenge is how the platforms and newsrooms could together strengthen quality journalism and fight misinformation, said Saiyai Sakawee, communication manager of Google Thailand.

Saiyai said Google is addressing this challenge in three ways: first, it is building products to elevate quality journalism on its platforms; second, it is collaborating with newsrooms to ensure accurate information, and third, it backs research and builds programmes to improve digital literacy.

She said that Google, as a search engine, is not an oracle of absolute truth. Search results are ranked based on their authoritativeness and relevance. The Google search algorithm balance between relevance and authoritativeness varies, depending on the nature of the query.

“Google’s mission is to organise the world’s information and make it universally accessible and useful. We are training our systems to recognise and address crisis events,” said Saiyai.

She added that Google was working with the media industry to develop the parameters for quality journalism. For example, it provided the Digital News Innovation fund to The True Project to identify eight indicators of trust: best practices, author/reporter expertise, type of work, citations and references, methodology, locally sources, diverse voices and actionable feedback.

The Google News Initiative was launched two years ago with the aim of building a stronger future for journalism. It consisted of three parts: products that help news organisations and journalists succeed in web partnerships; partnerships with publishers to create joint solutions for business challenges; and programmes that help build the future of journalism.

The role of the Google News Lab, whose Asian centre is located in Singapore, is to work with journalists and entrepreneurs around the world, including Thailand, to drive innovation in the news industry. Its global team works with journalists worldwide.

It also provides an online trading centre to offer online training courses for journalists around the world. Currently, it is offering 55 lessons in 17 languages on the best practices for using Google’s tools and products.

“The online courses are now available in Thai language. It is free of cost and facilitates journalists as they learn how to use and utilise Google’s tools and products in doing reporting and storytelling.

She also mentioned tools journalists could use for election coverage. For example, Flourish, funded by Google News Lab, is free for newsrooms, allowing journalists and developers to upload and reuse data visualisations.

She added that Google also offers in-person training, which was done in Thailand once last year. It has trained 130,000 journalists across 65 countries, including Thailand, since 2015.

Moreover, YouTube’s Breaking News Context is also available in Thailand, which provides a context to help people make their own decisions.