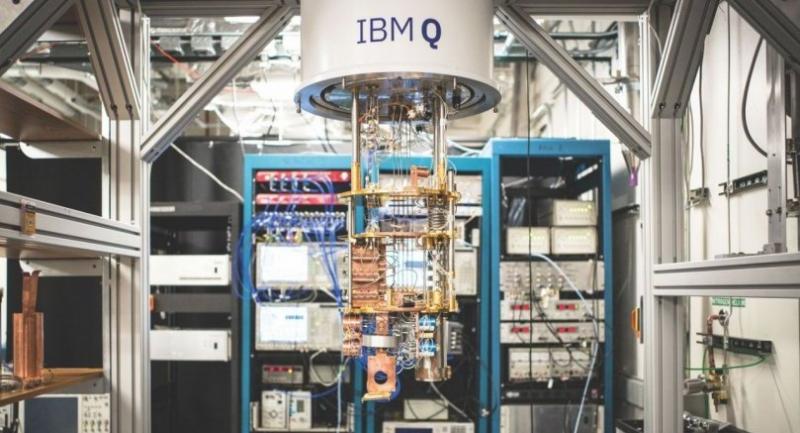 IBM’s quantum ambassador, Robert Loredo, recently met staff at the National Electronics and Computer Technology Centre (Nectec) to ask what the company could do to help Thailand solve problems through  quantum computing and advise how the Kingdom could benefit from its quantum hub partner in Asia.

Loredo, who was also promoting the IBM Q system and IBM Q Network while on the trip, explained to The Nation Weekend that the quantum computer allows for more collaboration than does the classic computer system. It can computer many things not possible through using the classic computer and is able to get results much faster because of the increased quantum speed.

“In what areas the quantum computer can help is something we are open to,” said Loredo. “Because right now IBM has been working with different partners in different industries such as intelligent offices, chemistry, finance, automation and energy. For example, it announced partnerships with Exxon Mobil, and is also looking for partners in finance and portfolio management, logistics, transportation, sales and engineering.”

The company is now in the quantum-ready phase, he said. “We have three different phases, including the quantum foundation phase, which was generally started back in 1920, that developed quantum mechanics and quantum physics theory. That was kind of a build-up of all the information we needed to produce a quantum computer,” said Loredo.

He said  IBM released its first quantum computer in May 2016, created on the cloud and available to everyone for free. With that it kicked off the era called “quantum ready” and released a 5 qubits (pronounced CUE-bit) system and a 16 qubits system that everyone can have access to on the cloud.

“Whatever you can do there is [based on] understanding the quantum principle that we use that is a part of quantum computing – how to use them to come up with either an algorithm or any other kinds of features and problems they want to solve,” said Loredo.

The two main features that it uses from quantum mechanic principles are “superposition” and “entanglement”. Super procession refers to the variation from the basic stage of physical classic computers that has a 0 and a 1. In quantum computer, it the stages are 0, 1, and a combination of both. So, it has the ability to calculate a lot more things and faster.

The second quantum mechanical principle of entanglement refers to the use of multiple qubits; two or more qubits entangle to share a combination of information.

“When you calculate one piece you take a measurement, you can use information in other qubits to calculate a lot of things,” said Loredo.

Those two main features of quantum computing can be used to advantage in the third phase. The computer is large enough and the algorithm is much more coherent and so is able to run and produce particular solutions that are not possible on the classic computer.

The drivers of mass adoption of quantum computing are found in many areas, such as the needs of logistics and traffic. For example, in Thailand traffic is a big enough concern.

IBM has met with Nectec, to seek the best approach to introducing quantum technology to Thailand. IBM has its Q Network featuring different partners, with one partner, Keio University, serving as the first Q Hub in Asia.

Keio is working with IBM to help organisations explore quantum applications important to business and science, while at the same time introducing the technology to the next generation of scientists.

The university has spent the past several months bringing together members of its team, which include students working alongside scientists with expertise in quantum chemistry, financial modelling, quantum encryption and security, and other areas to determine which algorithms may be most useful.

The students and researchers are also learning how to map their algorithms to qubits on the quantum chip and writing programs that can run efficiently, which reduces the amount of time in which errors can occur while a program is running.

“We also are looking for partners who are interested in using quantum computing. One of our key partners is startups. A lot of startups have come with their ideas and projects to work with the IBM Q team on hardware and software to access and use the IBM Q system,” said Loredo.

He invited any startups, universities, or companies to join and partner with the IBM Q Network.

“We are in the early stage of quantum computers; there are so many stages of quantum computing ‘ready’ phases,” he said. “We call it a ‘ready’ phase since we need to prepare a lot things. We need to move to the quantum advantage phase. It is to have a system the can demonstrate and speed up the classic computer or compute something on a quantum machine that cannot be done on a big classic computer. To be able to move from the current phase to the quantum advantage phase is open. There is so much research going on right now that anyone can come in to join.”

Most of the IBM Q Network is at universities, because they obviously want to accelerate the research and to educate people about what quantum computing can do for research and business, said Loredo.

“Universities can understand technology and can teach and present those particular skills to people at any level, including the university level, high school level and post-graduate level.”

However, IBM Q Network is partnering with early adopters, innovative organisations, by offering access to IBM’s quantum computing systems through the cloud.

Only through this exchange of ideas, research and testing will quantum computing reach its full potential, powering breakthroughs that lead to new medicines and materials as well as advanced business and financial models.  Partners include automaker Daimler, which has a broad interest in how quantum computing can impact everything, from the optimisation of transportation logistics, to predictions about future materials for electric mobility, which is based on well-functioning cell chemistry within vehicle batteries.

The European Laboratory for Particle Physics (CERN) is working with IBM to explore how quantum computing can advance scientific understanding of the universe.

Recently, IBM announced the expansion of the IBM Q Network to include a number of global universities.

The universities intend to partner with IBM to accelerate joint research in quantum computing, and develop curricula to help prepare students for careers across science and business that will be influenced by this next era of computing.

For example, Florida State University, the University of Notre Dame, Virginia Tech, Stony Brook University, and the University of Tokyo will have direct access as academic partners to IBM Q’s quantum computing systems for teaching, and for faculty and student research projects that advance quantum information science and explore early applications.