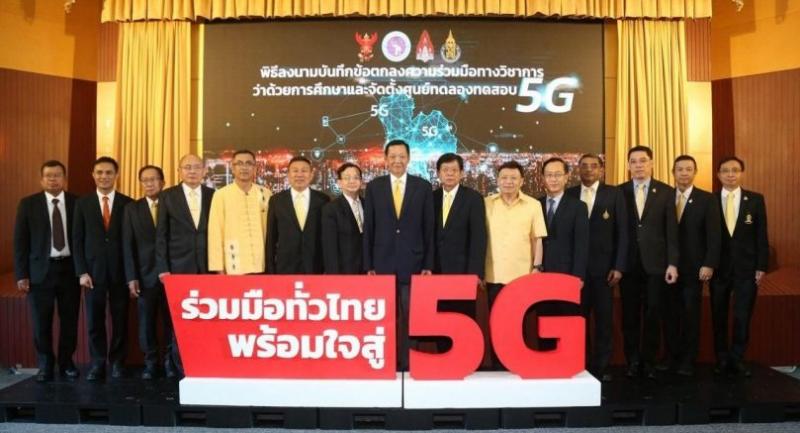 THE National Broadcasting and Telecommunications Commission (NBTC) yesterday signed a collaboration with Chiang Mai University, Khon Kaen University, and Prince of Songkla University, to set up a 5G testing centre at each of their campuses.

The NBTC has already joined with Chulalongkorn University to set up a 5G wireless broadband technology testing centre at that university.

These moves are part of the |regulator’s continued preparations to get 5G off the ground next |year.

Among the use-case testing that Khon Kaen University will focus on is smart agriculture, while Prince of Songkla University will concentrate of long-distance telehealth and smart security.

NBTC secretary-general Takorn Tantasith said that each of the campuses, including Chulalongkorn University, were expected to begin testing in the next few months.

The regulator will grant a budget of around Bt56 million to Chulalongkorn University to fund its testing centre, and is expected to match that grant for each of the other three campuses.

The three major telecom operators are in support of the testing at all the universities. The NBTC on Wednesday allocated a 700MHz licence to each of Advanced Info Service, Total Access Communication (DTAC), and True Corp to provide the 5G service. The licence becomes valid starting in October 2020.