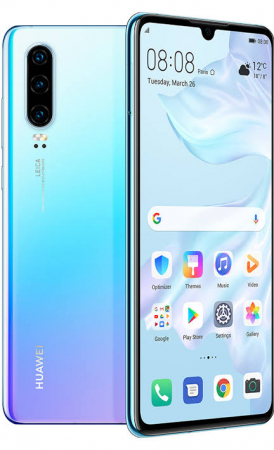 According to preliminary figures in the IDC Quarterly Mobile Phone Tracker, smartphone shipments in China stood at 98 million units in the second quarter of 2019, down 6 per cent from the same period last year. This was however better than expectations of a 9 per cent contraction.

“In just six weeks, Huawei was able to further strengthen its position in China and grab market share from other players in China. Its success was not only because it brought many of its overseas teams back to China to focus on local distribution, but also because of its strong brand image in the country,” said Will Wong, Research Manager for Client Devices at IDC Asia/Pacific.

While Huawei’s overseas smartphone sales were hampered due to the trade restrictions imposed by the US, in the domestic market, the company leveraged its existing strengths to drive its local market share to a new high. It continued to increase its penetration and influence in tier 4-6 cities with new agents and additional manpower. Its P30 series and the Honor 20 series also launched in June, supported by strong imaging capabilities and by the good word-of- mouth accumulated over previous generations of products.

Meanwhile, vivo’s shipments declined during the quarter, as no new flagships were released. But the vendor strengthened its portfolio in the X series as well as the new S series. Channel coverage expanded for the Z series, which was originally launched for the online market, but now adds to the vendor’s portfolio in the mainstream segment along with the Y series.

OPPO’s A9 model did well in the mainstream segment, and the new Reno series does a better job than its preceding R series in covering a range of prices in the mid-to-high end. But due to the success of Huawei’s nova series in tier 4-6 markets, the new Reno series failed to be as successful as the R15 in the same period last year.

Xiaomi was hampered by both internal organizational changes as well as timing differences in its flagship product, which launched a quarter earlier this year. Xiaomi’s challenges in China include transitioning to new products and managing its offline channels.

Multiple rounds of price adjustments and promotions during the June online shopping period helped Apple’s shipments in China in 2Q19. Its shipment declines thus narrowed from the previous quarter, with its market share being flat year on year.

“The near-term outlook for China’s smartphone market is challenged by channel inventories and replacement cycles that aren’t shortening,” said Wang Xi, Research Manager at IDC China. “At the same time, 5G phones and services are finally hitting the market in the second half of 2019. We expect more adoption next year as prices reach more mainstream price segments, thus being a welcome accelerator in an otherwise challenging market.”