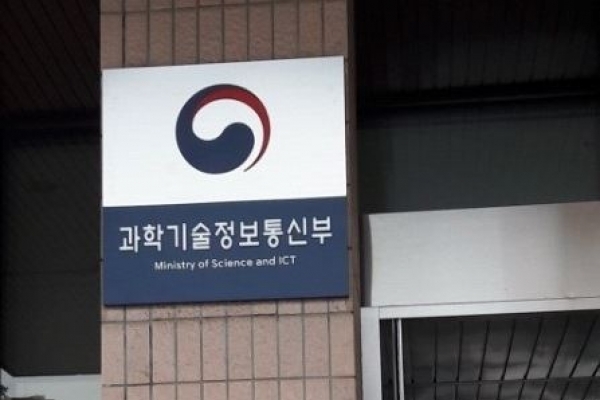 The Ministry of Science and ICT said Thursday that it has proposed a 17.3-percent on-year increase in the national research and development budget for 2020 to allow the country to strive for independence in critical technologies.

"This is the first time in 10 years that South Korea is aiming for a double digit increase in its R&D spending budget," the ministry said in a press release. The increase is also far steeper than the overall rise in the government's annual budget proposal that calls for a 9.3-percent on-year increase, totaling 513.5 trillion won.

The science ministry said it will allocate 2.3 trillion to strengthen the country's basic R&D infrastructure and train talented engineers and scientists to spur innovative growth.

It said it plans to earmark another 1.7 trillion to build up the country's capability in critical industrial components so it cannot be impacted by outside developments, like Japan's recent decision to curb exports of important materials and parts needed to make high-tech products, such as semiconductors and displays.

"Money needs to be injected so the country can make its own critical components without relying on other countries," the ministry said.

The ministry said it will set aside a further 500 billion won to lay the foundation for a society able to make good use of artificial intelligence and 5G data networks while injecting some 1.7 trillion won to support the growth of system chips, bio-health and future automobiles.

Besides the R&D budget, the ministry called for 9.2-percent on-year hike in its spending expenditure to little over 16.2 trillion won for specific R&D projects that can contribute to sustainable growth, create a more friendly research environment for scientists, and create jobs for expert personnel.

State spending will be used in such areas as combating fine dust air pollution, which sparked public safety concerns earlier this year.

Tags:
The Ministry of Science and ICT Korea the national research and development budget