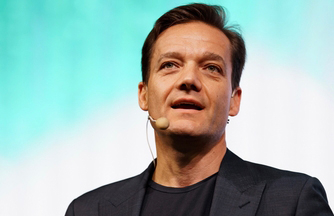 Anti-virus software company Kaspersky has diagnosed a series of cyberthreats plaguing the healthcare sector and says hackers for hire are constantly dangling attacks against medical organisations on the dark web.

The firm adds that it expects to generate revenue growth in Thailand where it will bring its expertise to the healthcare, banking and financial services, telecoms and government industy sectors.

Stephan Neumeier, managing director for Asia Pacific at Kaspersky, said that confidential medical records are being breached in Asia Pacific and globally. As rapid digitalisation penetrates the healthcare sector, cybercriminals are seeing more opportunities to attack this lucrative and critical industry, which is not adequately equipped to face this virtual danger.

“Attacks against hospitals and pharmaceutical giants have been happening worldwide, especially in the more advanced countries in the west. In recent years, however, we have seen the threat creeping towards APAC. Kaspersky Reports have even projected that the medical industry in the region can incur economic losses of up to US$23.3 million from cybersecurity incidents,” he noted.

Singapore, which is considered the technology and business hub of Asia, has suffered four data breaches concerning healthcare organisations in just 12 months, he added,

To further reveal the latest threat statistics against the healthcare sector, key cybersecurity experts from Kaspersky’s Global Research and Analysis Team (GReAT) will be unmasking new campaigns creeping towards medical facilities and organisations in APAC and beyond.

The dark web is made of anything that is not commonly indexed on the surface web. To be able to get into this hidden part of the web, a user uses special software such as Tor. Tor stands for “the onion router” and is a method for anonymizing data.

Based on the research of the global cybersecurity company, hospital and healthcare infiltrations are among the newest services being offered by anonymous hacking groups, alongside targeted attacks and cyberespionage against specific countries as well as infections to gain energy and maritime information.

“With the healthcare sector lagging behind in terms of their cybersecurity capabilities, we observe that hacking groups are now off to exploit this fact by adding medical information and hospital attacks to their services list that’s publicly available on the dark web. Any organisations, individuals, and companies can be their potential customers since these cybercriminals are offering various services,” said Seongsu Park, security researcher at Kaspersky.

Park also added that medical records can be considered more valuable than a simple credit card. This is because a hospital generally requires a patient’s personal and financial credentials before a check-up or an admission.

He said that the main target markets in Thailand are the banking, financial, government, telecoms and healthcare sectors.

Factors driving market growth come from the awareness of business about cyber-security, the Thailand 4.0 scheme, smart city projects, users’ concerns, as well as awareness over cybersecurity and cyber-threats in the above-mentioned sectors.

Kaspersky Lab is considering establishing a branch office in Thailand. It also expects that by the end of this year, growth in revenue will be in the double digits.