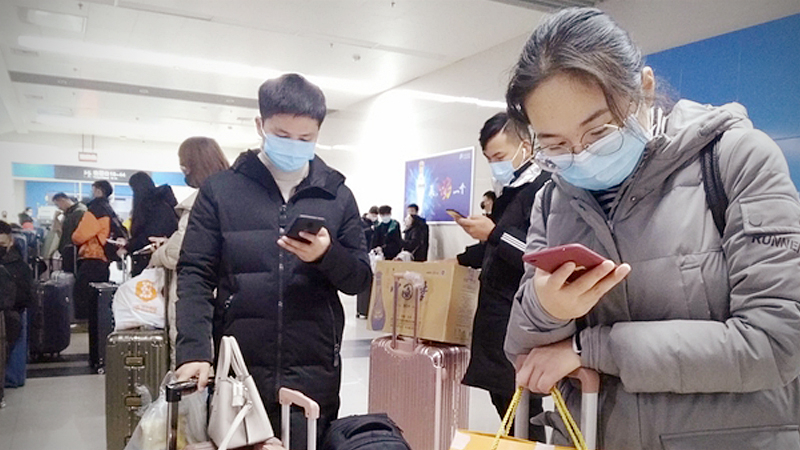 Amid turmoil in different corners of the world, universities that send students to far-flung destinations have temporarily curtailed some programs while closely monitoring others.

Nine American University students studying in Beijing are hundreds of miles from the center of a coronavirus outbreak in Wuhan, China. But they have been encouraged to wear surgical masks, wash their hands frequently and avoid large crowds, said Mark Hayes, director of the school's study-abroad programs.

"None of them are in the affected areas that have been quarantined," Hayes said. "We have been working to give them information."

Three students from Georgetown University are studying in Beijing, said Meghan Dubyak, a spokeswoman. The school issued a campuswide advisory in recent days urging students and faculty to get flu shots and to rely on International SOS, a platform that provides medical alerts and evacuation services for students and faculty abroad.

Authorities in Wuhan have halted regional travel, and hundreds of flights from the city's international airport were canceled Thursday. In Beijing, officials have canceled mass Lunar New Year celebrations, hoping to limit the spread of the airborne illness.

China's leader, Xi Jinping, warned Saturday of an "accelerating spread" of the virus that has claimed at least 56 lives. Infections have been confirmed in cities throughout China - including Beijing - and in Japan, Thailand, Malaysia, Singapore, South Korea, Taiwan, Vietnam, Nepal, Australia, France and the United States.

The response to the coronavirus has been rapidly evolving: On Saturday, Hong Kong announced schools would be closed until mid-February.

Leaders at George Washington University have shared safety information with students studying in China and other countries, Crystal Nosal, a spokeswoman, said in an email.

"Students were encouraged to stay aware and seek the most up-to-date information from their programs about the changing conditions while in the country or traveling through the region," Nosal said. "The health and welfare of our community members is our utmost priority."

But even before the emergence of a new coronavirus was widely recognized, several campuses in the District of Columbia - American, Catholic, George Washington and Georgetown universities - were suspending academic programs for another reason: explosive protests in Hong Kong that have gained international attention.

The demonstrations were triggered by legislation that would have allowed the extradition of criminal defendants to mainland China. Hong Kong's government formally withdrew the proposal in October, but protesters want officials to meet other demands - including an independent investigation into police conduct and direct elections for government leaders.

Study-abroad program directors must tread a fine line between obstructing students' ability to explore new places and keeping them safe.

In November, the peaceful protests in Hong Kong took a turn when a student at the Hong Kong University of Science and Technology died after demonstrators clashed with police.

"The protests moved onto college campuses," said Grace Schneider, director of education abroad at Catholic University. "Hong Kong is one that, obviously, it was a long time ramping up. The protests started small, nonviolent, and went on for months."

Leaders at Georgetown evacuated a group of students who were studying at the Chinese University of Hong Kong in November, said Livvy Gordon, a junior and global business major at Georgetown.

"We had been in Hong Kong for almost three months at that point, and I had seen one protest from afar," Gordon said. "We were shocked once it began to escalate and once things moved to campus."

Some students see political unrest as a learning opportunity. Rohit Seth, a 19-year-old sophomore at American University, said he wants a chance to understand, firsthand, the tension between pro-Brexit and pro-European Union voters in London. Hundreds of thousands of protesters filled the streets of London in October to decry the Brexit referendum authorizing the United Kingdom to withdraw from the EU.

"With everything happening with Brexit, I think it's important to be abroad when all this big stuff is happening," Seth said at an information session for students looking for study-abroad opportunities.

AU's Hayes said his office has warned students about potential travel issues in the region. Brexit could affect students' ability to travel across Europe and return to their host school in London.

AU in recent years discontinued a study-abroad program in Aleppo, Syria, and evacuated students from Beirut amid safety concerns. Catholic suspended its program in Chile this semester after protesters fought a subway fare increase in October.

Two popular study-abroad sites in Australia - Sydney and Melbourne - have not been directly affected by bush fires engulfing parts of the country, but program directors are still monitoring the flames.

Four Howard University students are studying in Sydney, about 50 miles away from the fire zone, said Maraina Montgomery, assistant director of study-abroad programs.

Officials do not expect programs to be upended by fires but are concerned about air quality. Reports from Melbourne said air quality in mid-January was six times worse than what's considered healthy. In recent days, conditions have improved.

Bryony Whitelaw, a junior at AU, said her host school in Melbourne has sent information about where the fires are roaring and how far those sites are from campus.

"I'm not looking forward to it if it is as bad as it has been the last few days, but I should be fine," Whitelaw said about the air quality in mid-January.

Scientists have cited climate change as the underlying cause of an outbreak of fires that have cost more than two dozen people their lives and destroyed upward of 2,000 homes. Whitelaw views it as a learning opportunity.

"Maybe it's an opportunity for the world to get together and say we need to make some radical changes there," Whitelaw said.

At the Institute for the International Education of Students, also called IES Abroad, faculty are encouraged to embrace the chaos, said William Hoye, executive vice president and chief operating officer. The nonprofit offers study-abroad programs in 34 locations around the world.

"We're often focused on our faculty making sure what's happening in the country has a teachable moment," Hoye said. "We want the faculty and staff to not just understand where the protests are, but why the protests are."

IES suspended summer programs in Hong Kong and is offering students in Sydney the option to move their studies to neighboring New Zealand, Hoye said.

"When countries are more unstable, we'll be a little more cautious with students, letting them know upfront about the situation and that we don't necessarily know yet what's going to happen," Catholic University's Schneider said.