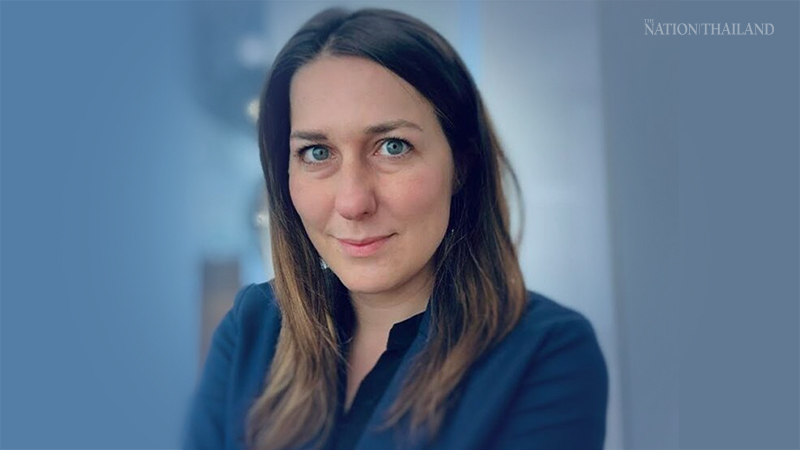 WASHINGTON - The Democratic National Committee's top cybersecurity and disinformation experts will head to Iowa to help protect the caucuses against digital attacks from Russia and other U.S. adversaries.

The team will run a rapid response operation out of the Iowa Democratic Party's main operations center in Des Moines on caucus night, the DNC's chief technology officer Nellwyn Thomas said in an interview.

The team will be standing by to act on any reports of possible hacking of caucus technology. It will also flag for social media companies anything that violates their policies and work with the state party and campaigns to punch back at phony narratives that spread online.

"All eyes are on Iowa," Thomas told me. "Any doubt about the outcome or especially about the legitimacy of the process could really cast a shadow, so we're doing everything we can to be ready for it."

Iowa's first-in-the-nation caucus will mark the DNC's greatest challenge so far in efforts to guard its presidential contenders from the same fate that befell Hillary Clinton in 2016 when her campaign was upended by a Russian-backed hacking and disinformation effort.

The DNC has surged its work on cybersecurity since then and even intervened to quash Iowa state Democratic Party plans to allow some people to caucus remotely using smartphone apps over security concerns. The national party has also held biweekly calls with campaigns to talk about cybersecurity and disinformation and run anti-disinformation war rooms during the Democratic debates, Thomas told me.

But Monday's caucuses will be the first time those efforts come face to face with the actual voting process, and threats to the 2020 contest are already emerging. Social media companies are already seeing evidence of Russian attempts to sow disinformation about Democratic candidates, notably an October campaign uncovered by Instagram that spread false narratives about former Vice President Joe Biden, Sen. Elizabeth Warren, D-Mass., and Sen. Kamala Harris, D-Calif., who has since dropped out of the race.

Microsoft also reported in October that Iranian hackers tried to penetrate email address associated with a presidential campaign -- which Reuters identified as the Trump campaign. And intelligence officials have warned that Russia, China, Iran, and other nations "will seek to interfere in the voting process or influence voter perceptions" in 2020.

"This is the highest stakes because what's on the line is the will of the Democratic electorate, and there's nothing more important than that," Thomas said. "The most important thing is making sure that we have truth and accuracy coming out of such an important milestone in our nomination process."

Thomas declined to say how many DNC security and disinformation staffers will be on the ground in Iowa, but said it will be a decent portion of the 55-member team dedicated to those issues. The team will be especially focused on disinformation operations, she said. That's partly because caucuses are less dependent on technology than primaries and thus less in danger of hacking. It's also because they involve a highly complicated process of allotting delegates that's not well understood by the public and "makes them ripe for misinterpretation and misinformation," Thomas said.

They will be in close contact with the party's voter protection teams who will be monitoring caucus sites and can report back about whether online reports about difficulties registering or accessing caucusing sites or other problems are legitimate or made up.

The team will be be on the lookout for coordinated disinformation campaigns from abroad -- and for less coordinated efforts that seek to undermine public confidence in the results, including by suggesting caucus results were tallied wrong or that a candidates' supporters were disenfranchised. Those could come from disgruntled Republicans or even from Democrats who aren't happy about how the night is going for their preferred candidate, she said.

"There's a full spectrum of potential false narratives and we're going to be monitoring all of them. What we're really focused on is any false narrative about the legitimacy of the results," Thomas told me. "That could be really detrimental to voters' trust in this process."

The DNC plans to run similar efforts to protect other primaries and caucuses but is waiting to see what happens in Iowa before finalizing those plans, Thomas told me.

Its Iowa efforts are also part of a broader government plan to protect the caucus. The Department of Homeland Security's main cybersecurity division will run an online chat room throughout the night for election and campaign officials to sort through reports of suspicious activity.

The state party has also spent months working with the DNC and cybersecurity experts to test and safeguard digital systems that will transmit caucus results, Iowa Democratic Party Chair Tom Price told me in a statement.

"Iowa has the honor of holding the first-in-the-nation state party contest and we take our responsibility to protect the integrity of our democratic process and secure Iowans' votes very seriously," Price said. "We continue to work closely with security experts to prepare our systems, and we are confident in the security systems we have in place."