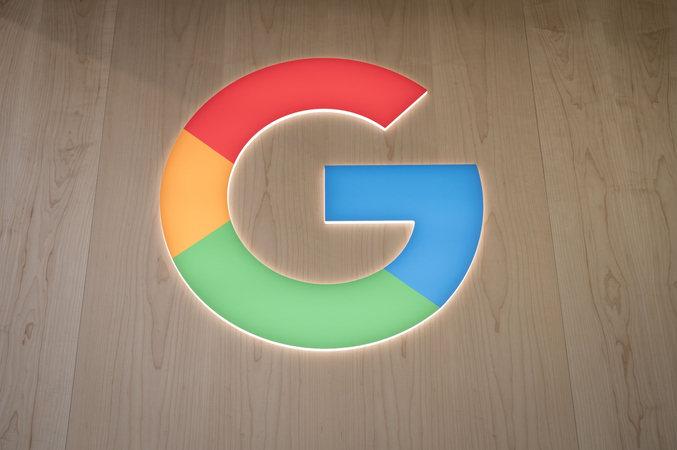 The Google logo displayed at the Google Playspace at CES 2020 in Las Vegas on Jan. 7, 2020. MUST CREDIT: Bloomberg photo by David Paul Morris.

New numbers from Alphabet Inc. this week confirmed a major fear that has lingered around the internet giant for years: the Google online search business is slowing.

In its 2019 financial report, Alphabet split its advertising revenue into three buckets for the first time: Search, YouTube and a network business that runs marketing spots on other websites. Search sales rose 15% in 2019, a slower pace than the 22% in 2018.

"This hollowing out of search is real," Mark Shmulik, an analyst at Sanford C. Bernstein, wrote in a note to investors after the results. To maintain growth at even this lower level, Google will have to generate more revenue from its Maps service, image search and shopping search ads, he said.

Google search is one of the most profitable businesses ever created, helping the company amass a cash hoard of more than $100 billion. It took Google from a garage in Silicon Valley to a trillion-dollar giant that dominates digital advertising, online video, maps and email.

Search grew rapidly as more people got online looking for information. Smartphones also boosted usage and revenue climbed after Google loaded more ads into the top of mobile search results. But there are limits to the growth of such a large business.

Google can only stuff so many ads onto its website without lowering the quality of search results. On mobile phones, ads often fill the entire screen, forcing users to scroll down if they want to see free listings. Over the years, Google has used various tweaks to wring more clicks out of search ads. But there may be limits to that, too. Recently, it changed the way ads are labeled, causing some people to say it was trying to blur the line between ads and free results. The company quickly backtracked.

And fewer people are joining the internet in the most lucrative search ad markets. From 2017 to 2019, the number of internet users in Europe grew 10%, while in North America growth was only 2%. In Asia, the online population jumped 19%, according to data aggregation company Statista. Google worked on a censored search service for China, the world's largest internet market, but scrapped the project after some employees and U.S. politicians criticized the effort.

Some of the most valuable search ads -- those for specific products that people can buy -- face competition, especially from Amazon.com Inc. About half of product searches start on Amazon now, Bernstein's Shmulik wrote in a research note earlier this year. That's spurred Google to build new kinds of shopping ads, but it hasn't reversed the growth slowdown. Searches for decorating ideas and clothing are also increasingly happening on social networks such as Pinterest and Instagram. And millions of people look for music on Spotify's mobile app, not Google.

"This hollowing out of search has been underway for many years and is not well understood," Shmulik wrote.

Google is working hard to scoop up many of these more-specialized searches. However, the Bernstein analyst still expects revenue growth to slowly subside. After increasing 19% a year from 2015 through 2019, Shmulik estimates Google search revenue will climb 13% to 15% annually in coming years.