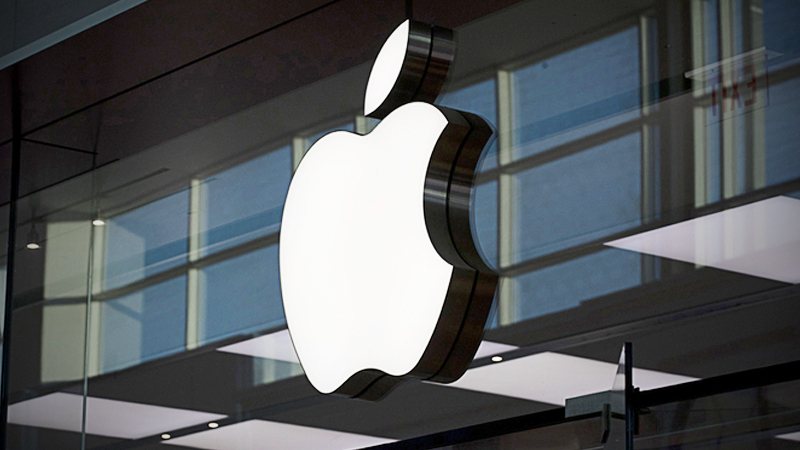 As Chinese-based manufacturers begin to restart factories Monday, no one knows for sure when they'll be back at full-speed -- or what sort of chaos may ensue.

Tech producers led by Foxconn, which makes the majority of the world's iPhones from Zhengzhou a few hundred miles from the coronavirus outbreak's epicenter, had begun preparing investors for the potential bedlam when hundreds of thousands make their way back to factories.

Apple's most important partner warned investors of the daunting task of securing enough workers despite widespread transport blockades, quarantining thousands, and the "nightmare" scenario of an on-campus epidemic that could shut down production altogether. Last week, it took the unprecedented step of warning workers to stay away from its Shenzhen headquarters till further notice as government inspectors vet its containment procedures, Bloomberg News reported. And it's delayed the return of workers to its main iPhone-making plant in central China, people familiar with the matter said Monday.

"How we can make sure there will be no infection within our campuses will be the first priority, because if you put a lot of people together and one of them gets infected, that will be a nightmare," Foxconn investor relations chief Alex Yang told investors on a Thursday call, according to a recording obtained by Bloomberg News. "We try very hard to make sure the possibility of any on-site infection will be as low as zero, although it will be challenging."

The deadly virus has illustrated the increasingly central role China plays in global manufacturing, from clothing and chemicals to automobiles and especially technology. Just about every major piece of consumer electronics is made in China, from iPhones and gaming consoles to half the world's liquid crystal display or LCD screens. The contagion has already shuttered plants across China for a week longer than anticipated after the Lunar New Year break -- a disruption that could get much worse if rolling quarantines and suspended rail and air links prevent the return of the millions of blue-collar laborers at the heart of electronics assembly.

When they do make it back, untold numbers will get funneled into a quarantine of up to two weeks -- a sequester of unknown scale. Any disruptions at Chinese plants can, in a worst-case scenario, freeze parts of the supply chain by triggering cascading shortages. Influential supply chain analyst Kuo Ming-chi of TF International estimates Foxconn's main iPhone-making base will properly resume work only next week -- and then at 40% to 60% capacity. Citigroup estimates just 30% of the entire Chinese semiconductor workforce is estimated to return to their workplaces as of Feb 11.

Foxconn said in a statement Saturday it's working with local governments to prepare for the return of employees, without specifics. Shenzhen's Longhua district said in a WeChat post it was helping the Taiwanese company fine-tune its plans. "To safeguard everyone's health and safety and comply with government virus prevention measures, we urge you not to return to Shenzhen," Foxconn wrote in a Feb. 5 text message to employees based in the southern city. "As for the happy reunion date in Shenzhen, please wait for further notice."

On last week's call, Yang spoke in depth about Foxconn's virus-prevention measures and the need to comply with various regulations in the so-called "iPhone city" of Zhengzhou -- just 300 miles from Wuhan, the origin of the outbreak -- covering infection-fighting measures from quarantines to face mask and hand sanitizer inventories. "If you are talking about tens of thousands of people in a line, in a building, in a campus and we try to prevent a virus -- and in the meantime you are asking for them to do their normal job -- that's very challenging."

Apple and Foxconn, known also as Hon Hai Precision Industry Co., were among the first corporations to try and quantify the viral epidemic's impact. Hon Hai slashed its 2020 outlook last week, anticipating disruptions to Apple's carefully calibrated production chain centered on China, as well as dampening consumer demand and overall economic growth. As China's largest private employer and a key partner to many of the world's most recognizable consumer brands, the Taiwanese company has become a high-profile symbol of how the outbreak could disrupt Chinese manufacturing and hence the world's supply of electronics.

The disruptions extend well beyond electronics or technology. Many auto plants in the world's largest market remain idled. Toyota, which initially halted its Chinese plants until Feb. 9, said Friday it now plans to resume production as soon as Feb. 17. Honda said it will reopen its factory in Hubei on Feb. 14 with an eye toward restarting output the week of Feb. 17. And Volkswagen AG also delayed the resumption of production at some of its Chinese businesses until Feb. 17.

Expect the "supply chain situation to get worse before getting better," wrote Jeff Pu of GF Securities.

One thing in the industry's favor is that the first half of the year is often a lull period for a consumer electronics sphere driven by holiday sales and new iPhones in the fall. Yang stressed that the disruption was "manageable" and that Hon Hai would scramble to make up for any early 2020 production shortfall.

Several of the biggest names in tech including Sony Corp. and Samsung Electronics Co. have said they'll restart production in China as scheduled. Production at Tesla Inc.'s new Shanghai factory -- its first outside the U.S. -- resumed on Feb. 10., it said. And Apple-assembler Pegatron Corp. on Monday said it's gradually restarting operations.

But much depends on the extent and severity of the outbreak. Even if it peaks soon, the interconnectedness of just-in-time global supply means the entire system will go through an unprecedented upheaval. The shortage of just one component exerts a ripple effect on the entire chain by holding up production further down the line, rippling through the carefully choreographed networks that companies from Apple to Huawei Technologies Co. and display-maker BOE Technology Group Co. rely on.

"There will certainly be risks of on-site infections. Companies also do not have control over neighborhoods near their factories," said Eric Tseng, chief executive officer of Taipei-based Isaiah Research. "Manpower levels for most manufacturers will still be low during the first two to three weeks of February due to the length of quarantines and the possibility that not many workers will return."

Unlike in previous years, Foxconn hasn't even begun the recruitment of the hundreds of thousands it employs annually to piece together gadgets like the Sony Corp. PlayStation and HP Inc. computers, according to people familiar with the matter. Local executives were awaiting clarity and trying to reconcile rapid-fire and sometimes conflicting virus-prevention measures announced by local governments.

As such, its main iPhone-making plant in Zhengzhou may start the week of Feb. 10 with just a small number of workers who didn't decamp for their hometowns before the extended break, one of the people said. The majority of the plant's workforce are expected to encounter immense travel obstacles, the person added, asking not to be identified talking about internal matters. Foxconn's two biggest campuses in Shenzhen now also face a similar predicament given the warning to employees to stay away.

To make matters worse, the virus has shrunk the available labor pool. Foxconn will temporarily halt recruiting workers from Hubei, site of the outbreak's epicenter in Wuhan, and other heavily affected areas in neighboring provinces, a second person said. It's ordered workers currently in Hubei as well as from seven other cities in adjacent Henan, Zhejiang and Jiangsu provinces not to return to work, according to an internal document dated Feb. 4. obtained by Bloomberg. The company offered a 200 yuan ($28) reward to employees who report on co-workers violating that ban. While the picture remains murky, Foxconn is the most visible proxy for the confusion that now grips the broader supply chain.

More broadly, economists are still struggling to tote up the economic fallout of the outbreak. While SARS was bad economic news for China and its neighbors, which suffered from weaker exports and falling tourism, China's small weight capped the global impact back then, when China's GDP was 4% of the global total. That share now stands at 17%. That means, even if the outbreak peaks soon and producers impose double overtime to make up for lost production, the final end-demand in 2020 for gadgets of all stripes could take a severe beating.

At Huawei, China's largest tech company and a global leader in smartphones and networking gear, executives are debating when to resume production for fear of angering Beijing by forcing large numbers of people into cramped dorms and factories, according to another person familiar with the matter. Then there's the LCD makers from BOE to Tianma Microelectronics Co. that now crank out 50% or more of the screens for all TVs, phones and even car dashboards -- much of that from Wuhan.

The city is an important base for FiberHome and other optical fiber makers as well, that Huawei and networking firms rely on. "These will get directly hit," said Kevin Chen, an analyst at China Merchants Securities. " Near-term, their production will be impacted even if they resume working they might have a problem getting enough workers resulting in lower utilization."