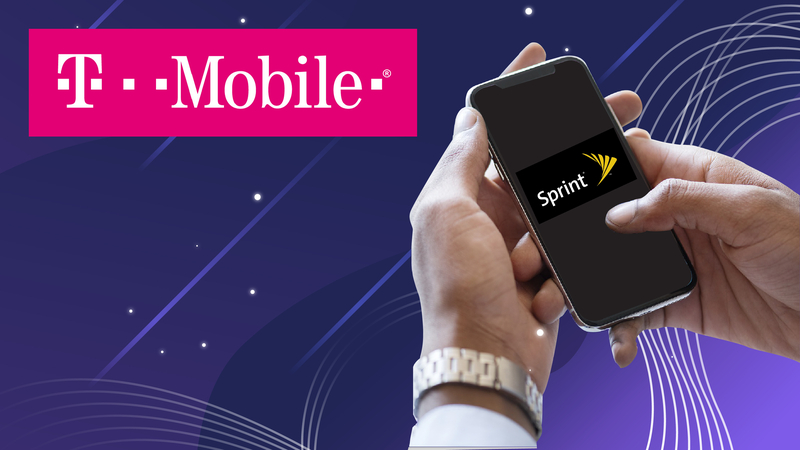 Shares of Sprint Corp., meant to be acquired by T-Mobile US Inc. in a pending $26.5 billion takeover, spent the past year in a steady swoon -- and that was fine with Deutsche Telekom AG, T-Mobile's parent company.

Federal regulators have approved the combination of the two smallest national wireless carriers, but a group of state attorneys general has sued to block the deal, saying it could reduce competition and harm consumers. A federal judge has heard testimony from both sides and is expected to return with a decision within weeks.

Sprint's value has eroded as the deal hangs in limbo. The carrier's market capitalization has fallen to about $20 billion from last July's peak of $33 billion, putting it back where it was on April 9, 2018, a day before reports that the companies had resumed talks. The stock fell as much as 3.7% on Monday.

Two factors are weighing on the stock: concerns about the deal's completion, and the absence of a guaranteed price if the deal is approved. T-Mobile and Sprint haven't renewed the merger agreement since it expired Nov. 1. And while there have been "not hostile" discussions of several issues, including price, Deutsche Telekom appears to be in no rush to stop Sprint's free fall by drawing up a new agreement.

T-Mobile Chief Executive Officer John Legere was still optimistic that the deal would get final clearance, he said on an earnings conference call Thursday. Once it's approved and the deal closes, the terms of the merger could change, he said. If the agreement needs to be amended, "including possibly price, we would handle that very swiftly after the deal was approved," Legere said.

As far as negotiation leverage goes, Sprint's in a tough spot, said Walt Piecyk, an analyst with LightShed Partners.

"Sprint has no alternative but to take whatever DT and T-Mobile offers them," Piecyk said. "There's really nothing else they can do."

This is the third time T-Mobile and Sprint have made a run at a merger. The current attempt gained momentum after T-Mobile convinced antitrust officials at the Justice Department and regulators at the Federal Communications Commission that a combination with Sprint would make a more formidable competitor to larger rivals AT&T Inc. and Verizon Communications Inc.

The nod came after the companies agreed to divest Sprint's Boost prepaid business as part of a package of assets that Dish Network Corp. would use to enter the wireless-service business as a new competitor.

For Sprint, the buyout is a lifeline. The company has said it would be unable to compete effectively on its own. Sprint has about $40 billion in debt and faces a costly network upgrade to catch up with rivals on service quality and next-generation 5G wireless technology.

It's unclear whether the company can fund itself in the long run without help from its parent SoftBank Group or T-Mobile, according to Bloomberg Intelligence analyst Stephen Flynn.

Sprint continues to slide on the uncertainty of a merger, potentially improving the takeover terms for Deutsche Telekom, and yet the alternative for Sprint -- no deal -- is worse, Piecyk said.

"The downside for Sprint," he said, "is that the stock goes to zero."