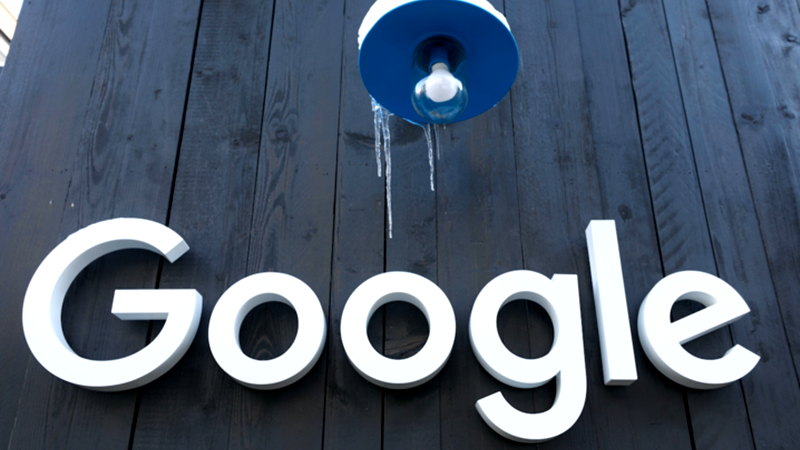 The Google logo at the World Economic Forum (WEF) in Davos, Switzerland, on Jan. 19, 2020. MUST CREDIT: Bloomberg photo by Simon Dawson.

The Federal Trade Commission just ordered major technology companies to fork over details on waves of small acquisitions made during the last decade. A more sizable deal is also seen as a target for the regulator: Google's $1.1 billion purchase of mapping app Waze.

The FTC quickly approved the 2013 transaction, but antitrust experts say the regulator will take a second look because it combined two popular digital mapping services under the same corporate roof, eliminated a fast-growing Google rival and solidified the internet giant's grip on valuable data.

Bilal Sayyed, the FTC's director for the Office of Policy Planning, told reporters on Tuesday that the agency is planning to examine many deals that were reviewed in the past, while declining to share specific examples.

"Certainly, Waze is one of them," said Robert Litan, a partner at Korein Tillery and former Justice Department antitrust official. Google declined to comment.

Google has acquired dozens of startups over the years to add technical talent, fill product holes, gather new users and accumulate more data. Few of these transactions rang traditional antitrust alarm bells, but in aggregate they helped the company build the western world's largest online search, digital mapping and advertising businesses. Global watchdogs are now investigating whether this dominance is harming business customers and consumers. Reassessing past acquisitions is part of this effort, and the Waze deal is a clear candidate.

"It was literally Google acquiring its number one competitor in maps," said Sally Hubbard, director of enforcement strategy at the Open Markets Institute, which is pushing for a crackdown on big internet platforms. "It was a bad deal that should have been blocked."

Back in 2013, the acquisition was a strategic coup. Google faced two existential threats at the time: social media and smartphones. Social networks, like Facebook, were stealing eyeballs and advertising, while mobile apps risked displacing key Google services, including its digital maps, that were mainly used on desktop computers. Waze was riding both trends. The startup's mobile app drew in dedicated fans who posted frequent updates on traffic and interacted with one another, generating social and location-related data in new ways that Google couldn't match.

When Google announced the deal, Mark Mahaney, an analyst at RBC Capital Markets, said the "move eliminates Waze as a potential acquisition target for competitors who could use the app's collection of data and 50 million users to bolster their own location-based products."

Antitrust regulators in the U.K. launched a more in-depth investigation of the deal, asking Google to keep Waze separate from the rest of its businesses while conducting the probe. The final report from the Office of Fair Trading, published in December 2013, cited concerns from other companies that Google was knocking out a threat to its mapping service. One complainant said "the acquisition removed Google's closest competitor."

Trustbusters didn't have to rely on rivals. Waze Chief Executive Officer Noam Bardin offered the same assessment two months before joining Google. "We're the only reasonable competition to [Google] in this market of creating maps that are really geared for mobile, for real-time, for consumers -- for the new world that we're moving into," he said at an industry conference.

In late 2012, Apple Chief Executive Officer Tim Cook suggested his customers should use map apps, including Waze, sparking a surge of downloads.

By 2013, the Israeli startup was close to a deal to pre-install its app on devices made by an unnamed smartphone company, according to the U.K. investigation. There was also the potential to work with Facebook to enable people to chat and meet up with friends driving to the same location, which could have given Waze more users, the report said. Google's acquisition abruptly halted those initiatives.

The regulator concluded that the deal would not damage competition in the U.K., citing Apple's Maps app as a rival. But last year, it asked economists to evaluate some of its past decisions, including the Waze ruling. That study found that the U.K. agency didn't consider how Google and Waze would make money from their maps -- even though this was already relevant when the deal happened.

"The merger with Waze might have made Google an even more relevant provider of location data, reinforcing its competitive position for the provision of online advertising across all its services," according the study from consulting firm Lear.

European regulators have since targeted the data that big internet companies collect as a competition issue. If the FTC takes a similar approach, the agency could probe how much of Waze's driving data feeds back into Google's ads business. "These free map apps are just data-suction tools," Hubbard said. "Regulators are starting to figure it out."

Google has kept Waze a separate service, but the internet giant has used data from the app to improve its ads, according to RBC's Mahaney. "New ad formats in Google Maps have clear similarities to existing formats in Waze (coincidence?)," the analysts wrote in a September note to investors. "Google has now collected enough data through Waze to effectively roll out broader solutions for advertisers in Google Maps and provide them attractive returns on investment without severely impacting the user experience."

Fiona Scott Morton, a Yale University economist and former Justice Department antitrust official, said Waze may be of particular interest to the FTC because location data makes Google's dominant Search advertising much more potent. "Another party that wanted to be good at search advertising would need a good map," she added.

On Tuesday, the FTC demanded internal documents from Google, Facebook, Apple, Amazon.com Inc. and Microsoft Corp. to see if they "are making potentially anticompetitive acquisitions of nascent or potential competitors."

The regulator is eyeing deals that weren't reported under the Hart-Scott-Rodino (HSR) Act, which requires companies to tell enforcement agencies about acquisitions of a certain size. While Google declared plans to buy Waze, it never filed the purchase under HSR, likely relying on an exemption related to the startup's lack of U.S. revenue at the time.

The FTC can investigate deals even when there's no HSR filing. The agency also has the power to probe acquisitions that it cleared in the past. In some ways, the recent attention on the tech sector in Washington and Europe is an attempt to revisit the earlier laissez-faire approach to industry consolidation.

"They weren't examined carefully by the agencies," said Scott Morton. "Now that they understand that these companies have acquired market power, they're interested in finding out how that happened."