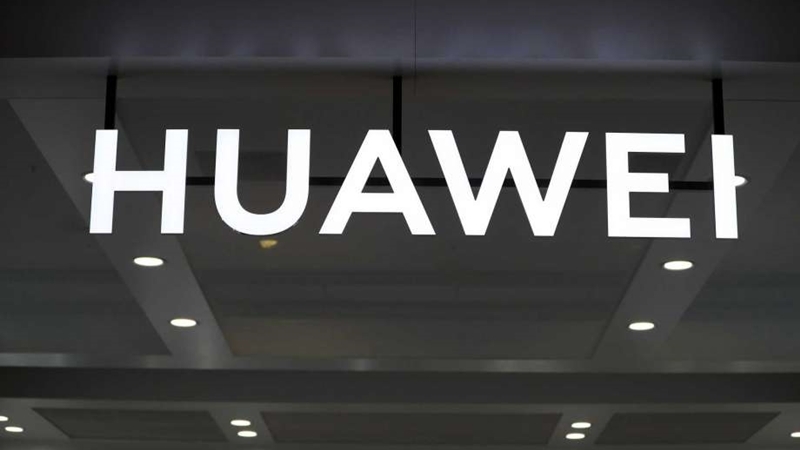 MUNICH - Britain's decision to allow Huawei into its 5G network will not disrupt overall intelligence-sharing with the United States, U.S. officials said Friday, in comments that may allay European concerns over reprisals.

The United States has been lobbying European nations to exclude Huawei from helping to build their next generation of wireless networks, but it has faced an uphill battle, with the United Kingdom announcing last month that it will allow the firm to play a role. Washington would still have to take a "hard look" at the impact said Robert Blair, a senior adviser to President Donald Trump, but the flow of intelligence would not be affected.

"There will be no erosion in our overall intelligence-sharing," he said.

The comments appeared at odds from those from other officials in the administration, coming a day after Richard Grenell, Trump's ambassador to Germany, reasserted that a German decision to allow 5G into their network would mean Washington would not be able to share intelligence at the same level.

The United States see Huawei's 5G participation as a fundamental security threat, but its efforts to bring Europe into line with its thinking come amid particularly thorny transatlantic relations. European countries that might once have been willing to extend some goodwill toward following U.S. requests are becoming increasingly obstreperous, frustrated by what leaders see as Trump's go-it-alone approach.

Some European politicians discount the U.S. warnings about Huawei, saying that they are simply part of Trump's broader trade war with Russia. Or they say that everyone spies, and that the United States is little different from China.

On Friday, it was clear that German leaders were deeply mistrustful of Trump's approach to global affairs, as one after another stepped to the podium at an influential security-focused conference in Munich to say that world affairs were slipping back to a might-makes-right era.

"We are witnessing an increasingly destructive dynamic in international politics," Germany's ceremonial president Frank-Walter Steinmeier said. "Year by year we are moving further way from the goal: international cooperation in order to create a more peaceful world."

The topic of 5G factored high in discussions on Friday. Europe, by increments, has adopted a more skeptical stance toward using Huawei equipment for its 5G networks. The European Commission last month announced a sophisticated set of guidelines that its 27-member nations can use to decide whether to invest in Chinese equipment.

Although the E.U. "tool kit" is nonbinding, the guidelines, if followed, would have the likely effect of pushing China out of the 5G market. It could give countries the political cover to push back against Beijing - and it could create pressure for countries that do choose Huawei to explain their reasoning.

Germany is yet to announce its official position, but Chancellor Angela Merkel's Christian Democratic Union published a position that stopped short of a total ban but was still more cautious toward the Chinese manufacturer than British policymakers. It was a shift toward skepticism of Beijing following a sharp, months-long debate among lawmakers in the party.

To add weight to its case the United States is also trying to present other countries with alternatives to Huawei by ramping up cooperation with other companies in the private sector including Samsung, Ericsson and Nokia, Blair said. He described such moves as part of a new initiative "try to put together innovators, disrupters, big data, big tech, to chart out the next generation of 5G."

He said the exact shape of the cooperation with the private sector was still being discussed but would take place in a matter of "months" rather than "years."

"At this point it's political, what can everybody bring to the table?," he said. "It's past notional, it's not down to the nitty-gritty."

There have been conflicting signals from the Trump administration over its strategy to foster competition with Huawei. Last week, Attorney General William Barr suggested the United States invest in Nokia and Ericsson to buoy their market prospects. The following day, however, Vice President Mike Pence dismissed the suggestion.

The four major U.S. wireless carriers - AT&T, Verizon, Sprint and T-Mobile - have all pledged not to use Huawei in their 5G networks, and the Chinese firm is basically shut out of the American market, except for some small regional carriers. The major carriers have been using Nokia, Ericsson and the South Korean firm Samsung for their mobile networks.

Eric Sayers, a vice president at Beacon Global Strategies consulting firm, said Congress has been exploring options to develop private-sector alternatives for the past year. For instance, a recent bipartisan bill would encourage support for U.S. innovation in 5G with $1 billion to fund western alternatives to Huawei. "This is messaging legislation and a strong signal of the bipartisan support for investing federal dollars in the 5G race," he said, adding, however, that action on the bill this year is unlikely.

"[The U.S. government working with companies] continues to be an idea, but I have no evidence to say that we've come any closer to an actual plan," Sayers said.

Speaking at the Munich Security Conference on Friday, House Speaker Nancy Pelosi (D-Calif.) also weighed in on the issue of 5G. Choosing Huawei would be choosing "autocracy over democracy" she said, adding that there was bipartisan agreement on the threat it poses.

The remarks come in the wake of Justice Department announcement Thursday that it had indicted Huawei, four subsidiaries and its chief financial officer, Meng Wanzhou, on charges of racketeering and conspiracy to steal trade secrets. The U.S. attorney for the Eastern District of New York accused the company of a decades-long effort to steal intellectual property from six American companies, including by offering bonuses to employees for obtaining confidential information.

The charges come in addition to those brought last year against the defendants for bank fraud, wire fraud and violations of Iran sanctions. Huawei has denied all the charges.