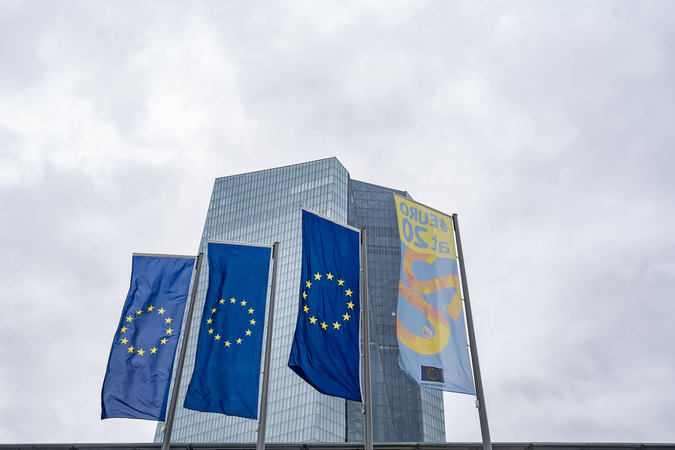 U.S. and Chinese firms hoping to deploy artificial intelligence and other technology in Europe would have to submit to a slew of new rules and tests under a set of plans unveiled by the European Union to boost the bloc's digital economy.

The legislative plans, outlined Wednesday by the European Commission, the bloc's executive body, are designed to help Europe compete with the U.S. and China's technological power while championing EU rights. The move is the latest attempt by the bloc to leverage the power of its vast, developed market to set global standards that companies around the world are forced to follow.

Big U.S. companies such as Facebook and Google won't get any reprieve from the commission, which in its Digital Services Act plans to overhaul rules regarding legal liability for tech firms and is exploring legislation for "gate-keeping" platforms that control their ecosystems.

On artificial intelligence, users and developers of AI systems used in high-risk fields, such as health, policing or transportation, would face legal requirements, including tests by authorities, which could also certify the data used by algorithms, the Commission said. High-risk AI could also face sanctions, while lower-risk applications should abide by a voluntary labeling program, the body said.

Facial recognition, which falls under the high-risk category, generally can't be used for remotely identifying people under current EU rules - with some exceptions. The bloc is planning to start a debate on the topic to determine where European citizens would accept those exceptions.

The EU also said it would propose plans to encourage data sharing among businesses and with governments, with the aim of pooling large sets of high-quality industrial data. The AI plans will be open for public consultation until late May and will aim to propose legislation based on the feedback as soon as the end of year.

U.S. Chief Technology Officer Michael Kratsios encouraged the EU to "pursue an innovation friendly" approach that doesn't overly burden companies, in a statement reacting to the EU's announcement. "The best way to counter authoritarian uses of AI is to ensure the U.S. and its allies remain leaders in innovation," he said.

As part of its Digital Services Act, the EU said it was considering rules for large powerful platforms that act as gate-keepers to ensure their markets remain fair and contestable. The possible legislation is seen as a way to complement antitrust law, which some have criticized for being to slow to restore balance in markets harmed by dominant firms' behavior.

"Some platforms have acquired significant scale," the commission said in its document. "We must ensure that the systemic role of certain online platforms and the market power they acquire will not put in danger the fairness and openness of our markets."

In a statement, Edima, the platform association that represents platforms like Facebook and Google, said it "is committed to working with the European Commission to clarify roles and responsibilities within the online ecosystem."

The EU's package will also take aim at platforms' liability as a global debate continues to simmer around who's legally responsible for content on social media sites, amid the spread of disinformation, hate speech, and violent content.

Under current EU rules, tech companies aren't responsible for what users post on their sites unless illegal content has been flagged to them. The rules were drafted almost 20 years ago in an effort to encourage tech firms to grow and innovate, and companies worry that axing the provision could potentially force them to censor posts.

"We ask the commission to tread carefully as they look at how to tackle issues that will ultimately determine the future of tech," said Raegan MacDonald, head of EU public policy at Mozilla. "Instead of seeing tech as all the same - which it is not - the EU needs to be clear which companies and what practices and processes should be the focus of intervention."

Facebook Chief Executive Officer Mark Zuckerberg met with EU officials in Brussels on Monday as he called on governments to devise a different liability system for platforms - somewhere between newspaper publishers, who can be sued for what journalists write in their pages, and telecommunications companies, who aren't liable for customer conversations.

Breton, the commissioner, dismissed Zuckerberg's framing, saying his comparison to telecom companies was "not relevant." The comment suggests that the EU could lean toward much more onerous requirements on liability for platforms.