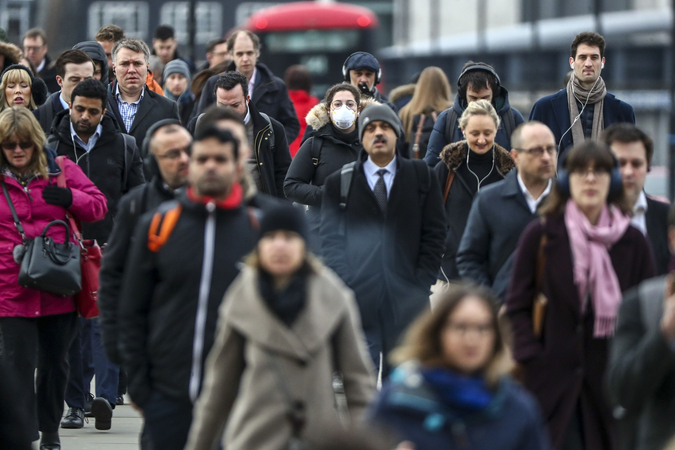 Orly Levy was fast asleep in the middle of the night in her Prague apartment when the building, full of American study-abroad students, erupted. She could hear people screaming and crying, yanking drawers open to throw their belongings into bags. A friend rushed into her room to tell her they couldn't get back into the United States.

Half the people in the building had already bolted for the airport.

President Donald Trump had just given a speech from the Oval Office announcing that he would ban travel from continental Europe to the United States beginning Friday at midnight. Many students, nervous about the novel coronavirus, had stayed awake into the middle of the night to hear his address - and didn't hear the clarifications that followed, including that American citizens were not part of the exclusion.

Even the timing was unclear to the students: Did midnight mean the first moments of Friday, or the end of that day? And in what time zone? "It was so vague and there was so much panic," Levy said. "People were like, 'I need to leave right now.' "

It was a week when the virus hit home for many in the United States. This week, colleges sent students home, cities canceled events, and libraries and museums closed as case counts and death tolls mounted.

For Ofer Levy, who has been racing to combat the virus as director of the Precision Vaccines Program at Boston Children's Hospital, it was the moment when the pandemic hit him personally, as a father.

It was also the week when covid-19 hammered study-abroad programs. Hundreds of thousands of Americans study abroad every year, and though many students have returned to the United States from their programs, especially in hard-hit areas such as China and Italy, many were still in Europe at the time of the president's speech. The State Department and the Centers for Disease Control and Prevention issued sharply escalated warnings this week.

That set off a wild scramble among students in Europe - and among universities and other study-abroad programs.

The situation is unprecedented in recent memory, experts said. People from 400 institutions took part in a virtual meeting about the issue Thursday, said Brad Farnsworth, vice president of global engagement with the American Council on Education.

Johns Hopkins University suspended all of its spring undergraduate study-abroad programs worldwide Thursday and advised students to use the university's travel service for help with limited flight availability. University System of Maryland Chancellor Jay Perman said in a statement Thursday, "In light of President Trump's new travel restrictions, I'm advising USM universities to recall all students studying abroad, including those not currently in Europe."

New York University urged its 800 students studying in continental Europe to return and dispatched staff to each location to help with travel plans and other logistics.

Canceling a program launches a host of problems, Farnsworth said, including how to get students home, the question of whether flying exposes them to more risk than staying where they are, where to quarantine them if needed, and how to continue the studies for which they have already paid.

"We understand it's a complicated situation," said Ofer Levy, a professor of pediatrics at Harvard Medical School and Orly Levy's father. "Restricting travel is one way to the reduce the spread. I am an infectious-disease doctor, after all. We're also parents, and we were worried about our daughter."

Sharon Levy, who also is a pediatrician and has a master's degree in public health, said she wasn't terribly worried that her daughter would become sick. But the president's speech concerned her. "The idea that your kid is trapped in another country - that feels entirely different," said Levy, director of the Adolescent Substance Use and Addiction Program at Boston Children's Hospital.

Orly Levy has always loved traveling, and knew, even when she was a little girl, that she wanted to study abroad in college. "This is something that I had looked forward to, really, almost my entire life," she said.

As soon as she got to Prague in January, the University of California at Santa Cruz junior began taking classes on the politics and economics of the European Union and the rise of populism, and traveled to Rome and London and Budapest on weekends. She planned to spend the summer in Israel.

As covid-19 spread, her parents kept monitoring risk and weighing that against the richness of the experience their daughter was having.

They knew young people were less likely to become seriously ill with covid-19. Ofer Levy's lab is working to develop a vaccine targeting older populations, those at greatest risk - and a population with a different immune system from younger adults'. Harvard and the hospital announced the novel effort this week.

After cases surfaced in Milan, when a friend asked whether they could still go to Amalfi for spring break, Orly Levy's response was, "Of course!"

But as more cases popped up, she began to limit her travel. Still, she was determined not to leave Prague. "This is my one chance to be abroad," she said she was thinking. "I'm going to do whatever I can to not come home."

As Ofer Levy woke at 3 a.m. Thursday for another long day in the lab chasing a vaccine, he saw flashes of light in the bathroom: His phone was lighting up with messages from his daughter.

Ofer Levy said they set up a command center of sorts at their home in Cambridge and tried to find flights out of Prague.

A travel agent found a flight that could get their daughter to Boston this weekend - but she would have had to leave her dorm within 10 minutes to get to the gate, and she hadn't begun to pack. The race against the clock was too much, Ofer Levy said, and they chose a flight to London, and then from there to the United States.

"Things can change so fast," Orly Levy said. "I can't even process how fast everything has come." Suddenly, adventure and travel and independence didn't sound so idyllic. "In times like this when things get so scary and you feel like the world is turning upside down," she said, "you just want to be home."

During her flight Friday from Prague to London, she got an email from the airline announcing a new travel restriction and advising her to book a different flight to the United States.

Her parents - who along with working intensely were also trying to figure out what to do with her younger brother, whose school had abruptly shut down - quickly found her another flight.

Orly Levy ran through the airport, lugging her bags, packed for months away, dropping things and then, of course, having to frantically repack because the bags were overweight.

"My line to check in to my flight to Boston was literally all American study-abroad students," she said, "trying to get home."