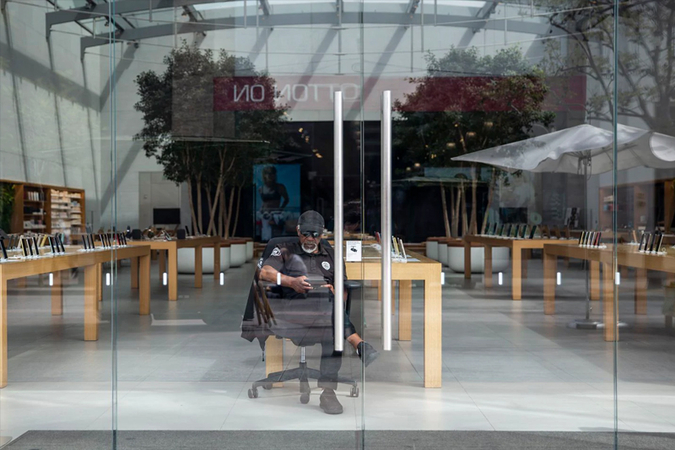 Apple on Wednesday announced two new computers and a new iPad, a test of how well it can manufacture, ship and sell products during the coronavirus outbreak.

Like companies across the U.S., the consumer electronics giant has been disrupted by the virus. Its Cupertino, California, headquarters are in the middle of a shelter-in-place zone, it moved its June WWDC developers conference online, and it shut down its hundreds of retail stores outside of "greater China" until at least March 27.

But Apple is trying to leverage its size, power and cash reserves to continue to ship and sell products during the outbreak. Some of the new devices it announced Wednesday will be available to ship as early as next week.

Manufacturing experts say the new products were likely impacted less severely than products scheduled for release later in the year. That's because the early stages of designing and manufacturing the product probably took place many months before the coronavirus outbreak.

The announcements are all updates to existing products - the kind of thing that Apple commonly does with a news release instead of one of its scripted media events. However, the coronavirus shutdowns could impact its usual schedule of in-person press events, which take place regularly throughout the year at the Steve Jobs Theater on its Cupertino campus. It's still unknown if the company will hold an event Apple watchers expect was scheduled for the end of March to announce an update to its new lower-end iPhone SE, or opt for a news release or live stream.

The company's new slate of updated gadgets includes an improved MacBook Air that starts at $999. Apple swapped out that device's vexing "butterfly" keyboard that was prone to failure. There's a new iPad Pro that will cost $799 and up, and a separate keyboard case that includes a track pad, giving iPad users the ability to use it or a Bluetooth mouse, in addition to tapping on the screen. It is also releasing a refreshed version of its Mac mini computer that starts at $799.

While the next months of closed stores, lost jobs and self-isolation will be disastrous for some of its competitors, like smaller hardware players and start-ups, Apple has the resources and cash reserves to keep making and selling its products despite an expected dip in sales. Apple told investors on Feb. 17 that it would miss its second quarter revenue goals because of a reduction in factory output and slowing demand in China because of coronavirus. That came after an earlier warning during an earnings call that prompted the company to give a wider-than normal revenue range.

On Mar. 13, Apple announced that it was closing the rest of its retail stores around the world, just as it began to open its China stores. Gene Munster, head of research for Loup Ventures, a venture capital firm that follows Apple closely, said he expects that about 8 percent of Apple's sales come from its retail stores, and its store closures will dent its quarterly revenue by around 1 to 2%, some of which will be transferred to online sales.

Apple has sped up how quickly it ships products to customers, according to Munster. By Tuesday, it was possible to get an iPhone 11 or 11 Pro in two days, down from an average of nearly seven days on March 4th. For AirPods, the shipping time was cut by three days to an average of a seven-day wait over the same period.

Like manufacturers around the world, Apple's production process has been thrown off course by the coronavirus. First, manufacturing in China slowed way down. Now that the virus is more under control in China, factories are ramping back up and stores are reopening - but tech workers in the U.S. are now mostly working from home, making collaboration and development slower.

During early development, experts say, Apple engineers commute frequently between China and Cupertino to design the product and ensure that the manufacturing lines are running smoothly. Inevitably, there are defects and tweaks in materials and design that must be made. Apple engineers closely inspect the manufacturing lines for early prototypes to spot problems with the process, former Apple employees said.

Foxconn, the manufacturing giant made famous for handling the assembly of many Apple products, including the iPhone, has made changes in recent months because of coronavirus. One executive who is working with Foxconn to manufacture a consumer electronics device said Foxconn has begun to conduct videoconferencing calls, in lieu of trips to China. This had never been done in the past because of security concerns, said the person, who wished to remain anonymous to preserve the relationship with Foxconn.

Many of Foxconn's senior engineers have not returned to China, this person said, and are instead working from home and videoconferencing from Taiwan, where Foxconn is headquartered.

Foxconn didn't immediately respond to a request for comment.

The situation around manufacturing changes by the day, according to people making products in China. On Tuesday, Foxconn sent out emails with updated production schedules. Makers of consumer electronics products say they're facing anywhere from two to three months of delays. But on Wednesday, Foxconn sent around a second set of emails that identified virus-related delays in certain components and machinery needed for manufacturing.

The person described a new ebb and flow, where teams collaborating around the world are faced with confusion over emails and other communication. Finally, a videoconference ensues and the confusion lifts, at least temporarily. Then the cycle starts again.

This type of disruption could slow Apple down, analysts said, and lead to delays in new product announcements. Such delays can sink smaller hardware companies that don't have enough cash to weather the storm. For Apple, they may only delay sales, experts said.