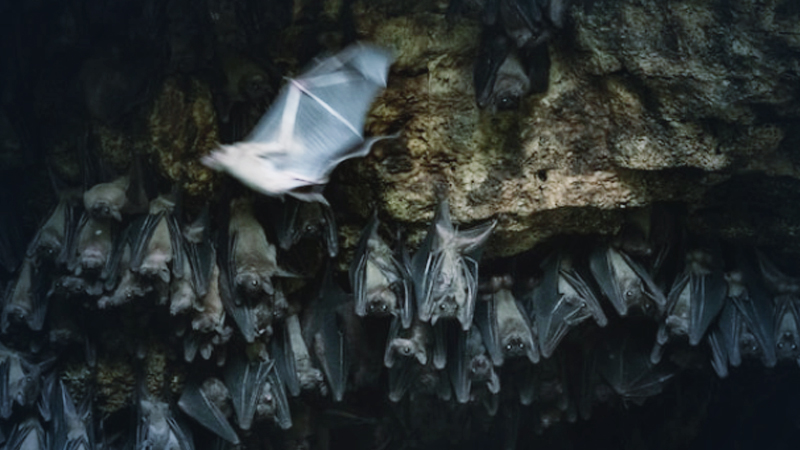 The new coronavirus, which has traversed the globe to infect more than one million people, began like so many pandemics and outbreaks before: inside an animal.

The virus's original host was almost certainly a bat, as was the case with Ebola, SARS, MERS and lesser-known viruses such as Nipah and Marburg. HIV migrated to humans more than a century ago from a chimpanzee. Influenza A has jumped from wild birds to pigs to people. Rodents spread Lassa fever in West Africa.

But the problem is not the animals, according to scientists who study the zoonotic diseases that pass between animals and humans. It's us.

Wild animals have always had viruses coursing through their bodies. But a global wildlife trade worth billions of dollars, agricultural intensification, deforestation and urbanization are bringing people closer to animals, giving their viruses more of what they need to infect us: opportunity. Most fail. Some succeed on small scales. Very few, like SARS-CoV-2, triumph, aided by a supremely interconnected human population that can transport a pathogen around the world on a jet in mere hours.

As the world scrambles to cope with an unprecedented public health and economic crisis, many disease researchers say the covid-19 pandemic must be taken as a deadly warning. That means thinking of animals as partners whose health and habitats should be protected to stave off the next global outbreak.

"Pandemics as a whole are increasing in frequency," said Peter Daszak, a disease ecologist who is president of EcoHealth Alliance, a public health organization that studies emerging diseases. "It's not a random act of God. It's caused by what we do to the environment. We need to start connecting that chain and say we need to do these things in a less risky way."

Some 70% of emerging infectious diseases in humans are of zoonotic origin, scientists say, and nearly 1.7 million undiscovered viruses may exist in wildlife. Many researchers are searching for the ones that could cause the next animal-to-human spillover. The likeliest hot spots have three things in common, Daszak said: Lots of people, diverse plants and animals, and rapid environmental changes.

They also are home to many of the likeliest zoonotic disease hosts: rodents and bats. About half of mammal species are rodents, and about a quarter are bats. But bats make up about 50% of mammals in the most biodiverse tropical regions, and while they are valuable pollinators and pest-eaters, they are also astounding virus vessels. Bats have a superhero-like immune system that allows them to become "reservoirs to many pathogens that do not impact them but can have a tremendous impact on us if they're able to make the jump," said Thomas Gillespie, a disease ecologist at Emory University.

Increasingly, we make the jump easier.

Late last year, a horseshoe bat coronavirus leaped in China, where commerce in exotic animals is driven by luxury tastes in game and demand for parts used for medicinal purposes.

At a "wet market" in Wuhan linked to an early cluster of covid-19 cases, at least one store sold creatures including wolf cubs and masked palm civets for consumption. Such markets, experts say, feature stressed and ill animals stacked in cages, bodily fluids sprinkling down, as well as butchering - prime conditions for viral spillover.

Although horseshoe bats are hunted and eaten in China, how the bat virus first infected people will not be easily deduced. An early cluster of cases was traced to the sprawling animal market, but it was closed and sanitized before researchers could track down what animal might have been implicated. And it was probably not the location of the spillover itself, which could have happened weeks earlier, possibly in November. Some of the first cases had no connection to the animal market.

But because the new virus isn't identical to any known bat virus, somewhere between the bat and human beings, the virus mutated in at least one intermediary, perhaps the endangered pangolin, a mammal heavily trafficked for its scales.

The 2003 SARS outbreak, which eventually was linked to horseshoe bats by scientists who spelunked through slippery caves lined with bat guano, was also traced to wild animal markets. Scientists believe that coronavirus jumped from bats to masked palm civets - catlike mammals sold for meat - to humans.

"One of the key interfaces for these spillover events to occur are markets and the international trade of wildlife," Chris Walzer, executive director for the Wildlife Conservation Society's global health program, told reporters on Thursday.

In Africa, dwindling populations of large mammals means game is increasingly from smaller species, including rodents and bats, said Fabian Leendertz, a veterinarian who studies zoonotic diseases at the Robert Koch Institute in Berlin. While some is consumed for subsistence or traditional purposes, exotic meat sales are also a "huge economy" in the fast-growing megacities, Leendertz said.

"That's something I would stop first," he said. "The risk is not because the meat travels . . . but it results in higher hunting pressure and higher contact rate for those who go hunting and those who take it apart."

The international trade in exotic pets such as reptiles and fish is also a concern, because the animals are rarely tested for pathogens that could sicken humans, Daszak said. So are large "factory" farms packed with animals, Gillespie said.

"When I think about what's the primary risk factor, it's influenza A that's linked to pig and chicken production," he said.

But harvesting and raising animals are not the only venues for spillover. Humans increasingly share space with wildlife and alter it in perilous ways, researchers say.

Lyme disease, caused by a bacteria, spreads more easily in the eastern United States because fragmented forests have fewer predators, such as foxes and opossums, that eat mice that host Lyme-spreading ticks, studies have found. Building leads to a closer coexistence with some wild animals, including bats, Leendertz said.

Scientists point to the 1998 emergence in Malaysia of Nipah virus, which has killed hundreds of people in several outbreaks in Asia, as a vivid example of spillover fueled by environmental change and agricultural intensification. Clearing of rainforests for palm oil and lumber and livestock displaced fruit bats, some of which ended up on new pig farms where mango and other fruit trees also grew, they say. Bats "drop more than they eat," Gillespie said, and their saliva and feces infected pigs below. Pigs sickened farmworkers and others close to the industry.

"Wherever we're creating novel interfaces, this is likely a risk that we need to be seriously considering," he said. "It's forcing wildlife to look for new food sources. It's forcing them to change their behavior in ways that puts them in a better position to transfer the pathogen to us."

As Earth's human population hurtles toward 8 billion, no one thinks human-animal interaction is going to decrease. The key is reducing the risk of a devastating spillover, scientists say - and not by killing bats. But they acknowledge that cultural and economic pressures make change difficult.

The Wildlife Conservation Society and other groups have called on countries to prohibit the trade in wild animals for food and close wet markets. Anthony S. Fauci, the nation's top infectious-diseases expert and the face of the U.S. response to the pandemic, said Friday that the world community should pressure China and other nations that host such markets to shut them down

"It just boggles my mind how, when we have so many diseases that emanate out of that unusual human-animal interface, that we don't just shut it down," Fauci told Fox News's "Fox & Friends."

China, which briefly stopped the trade in civets after the SARS outbreak, announced in February a ban on the transport and sale of wild animals, but only until the coronavirus epidemic is eliminated. Permanent legislation is needed, said Aili Kang, executive director of WCS's Asia program.

Not everyone agrees. Bans could cause markets to move underground, some say. Daszak noted that Westerners also eat wild animals -- seafood and deer, for example. Instead, he said, trade should be regulated and the animals rigorously tested for pathogens.

Stronger surveillance for illness in wild animals - regarding them as "sentinels" - is needed, Leendertz said. So is a widespread realization that building in wild habitats can fuel public health crises, Gillespie said.

But many researchers say the coronavirus pandemic underscores the need for a more holistic "one health" approach, which views human, animal and environmental health as interconnected.

"There needs to be a cultural shift from a community level up about how we treat animals, our understanding of the dangers and biosecurity risks that we're exposing ourselves to," said, said Kate Jones, chair of ecology and biodiversity at University College London. "That means leaving ecosystems intact, not destroying them. It means thinking in a more long-term way."