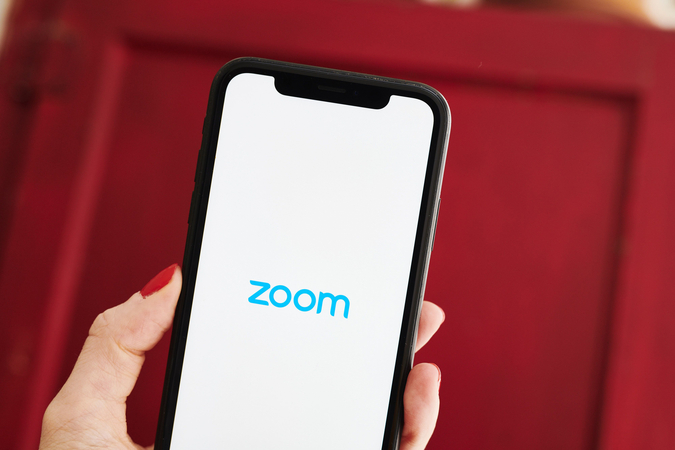 The logo for the Zoom Video Communications Inc. application on an Apple iPhone. MUST CREDIT: Bloomberg photo by Gabby Jones.

Some of the world's largest companies have advised against the use of Zoom Video Communications Inc.'s conferencing app, fueling a growing backlash against a service that shot to prominence during the Covid-19 pandemic.

Daimler, Ericsson, NXP Semiconductors and Bank of America are among a wave of companies forbidding or warning employees against using Zoom because of concerns about its security, according to people familiar with their operations. They join corporations like Tesla and government agencies from Taiwan to Singapore that have banned the app's use, though the city-state has since backtracked. India has deemed Zoom an unsafe platform and initiated a public contest to develop a secure homegrown video-chat alternative.

Zoom emerged during the global coronavirus lockdown as a home for everything from virtual cocktail hours to Cabinet meetings and classroom learning. It passed the milestone of 300 million daily meeting participants this week, having never crossed 10 million before the start of this year. Its share price remains close to a record high achieved in March. However, cybersecurity researchers warn hackers can exploit flaws in the software to eavesdrop on meetings. Weak protection has given rise to the phenomenon of "Zoombombing," where uninvited trolls gain access to a video conference to harass participants.

Daimler wrote "the software has various security gaps and data protection problems" in a memo to employees reviewed by Bloomberg News. The automaker, employer to close to 300,000 people globally, wasn't a Zoom corporate customer before but is now explicitly prohibiting the video-calling app, pointing workers to Microsoft Teams as a more trustworthy alternative.

"Daimler prohibits the use of Zoom for corporate content until further notice," company spokesman Christoph Sedlmayr said in an emailed statement.

Zoom CEO Eric Yuan has focused on bolstering the security of his videoconferencing application with the goal of winning back customers who abandoned the company. Zoom is working on improving its encryption and argues that many of its problems stem from the fact the app was initially geared toward enterprise clients with their own IT security teams instead of the broad consumer app it's become. Singapore's government banned Zoom's usage by schools but later lifted that moratorium after putting in place security safeguards.

NXP, a provider of wireless communications technology, uses Microsoft's Teams internally and recently banned the use of Zoom with external parties, one person said, asking not to be identified discussing internal matters. Networking giant Ericsson also relies on Teams, previously Skype for Business, for remote meetings and now asks staff not to use Zoom. If clients or partners want to use the app, Ericsson staff will need to make sure the outside parties understand and are willing to accept the risks of using Zoom before proceeding with a meeting, said another person familiar with the measures.

An NXP spokesman declined to comment, while Ericsson said in an emailed statement it has internally approved apps and guidelines for meetings, without elaborating.

"A large number of global institutions ranging from the world's largest financial services companies, to leading telecommunications providers, government agencies, universities and others have done exhaustive security reviews of our user, network and data center layers and confidently selected Zoom for complete deployment," said a Zoom spokeswoman via email. "We are proud to be helping these customers maintain business continuity in this challenging and unprecedented time."

Bank of America doesn't typically use Zoom internally because it has other video conferencing tools, and in cases where clients seek to communicate via Zoom, bankers need to go through an approval process to use it, a person familiar with the situation said. Of the bank's 208,000 employees, more than 175,000 are working from home, Chief Executive Officer Brian Moynihan said at the company's annual shareholder meeting Wednesday.