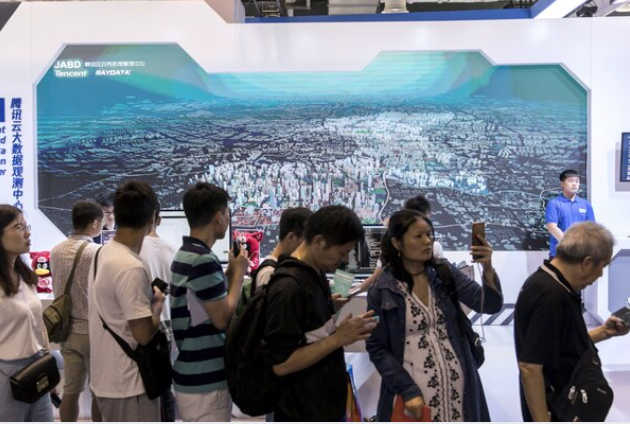 The WeChat operator's revenue rose 26% to 108.1 billion yuan ($15.2 billion) after online gaming sales leapt 31% during the coronavirus-stricken March quarter. Shares in major shareholder Naspers and the entity that holds its internet assets, Prosus, rose to a record.

The numbers underscore how Tencent's among the more resilient of China's internet giants thanks to its bread-and-butter gaming division, which rode an upswell of spending from homebound players in the world's largest gaming arena. But the company warned those gains could peter out as China returned to normality and went back to work, while global macro uncertainty may continue to depress spending by corporations on online advertising.

"We expect in-game consumption activities to largely normalise as people return to work, and we see some headwinds for the online advertising industry," the company said in its filing.

Tencent has gained more than $42 billion in market value since covid-19 first broke out, defying a global market rout to outperform peers like Baidu and Alibaba.

"It may be challenging for Tencent to sustain 1Q's strong growth into the next quarter as the pandemic retreats in China and online game players return to work," Bloomberg Intelligence analyst Vey-Sern Ling said. "Lingering industry and macro headwinds may also dampen ad sales ahead."

But longer term, the world's largest game publisher is contending with renewed challenges from the likes of ByteDance and Alibaba.

While Tencent's core online entertainment business must convince consumers to keep splurging on aging cash cows like Honor of Kings, rival ByteDance is luring users and advertisers away and into its viral social networks. It's also preparing to enter hardcore gaming.

It's in cloud and fintech where Tencent faces possibly its fiercest battle with Alibaba. Parts of those units, which made up more than a quarter of the company's revenue in 2019, but are expected to bounce back over 2020 and resume driving its longer-term expansion. Alibaba-backed Ant Financial's Alipay is also seeking to attract more merchants and transactions in part by replicating the lite-app model WeChat pioneered.

Alibaba and ByteDance will also fight fiercely for online advertising, which remain vulnerable to economic shocks if covid-19 persists.

"WeChat's Moments ads are really designed for big brands, and we see risk that they are cutting budgets under intense pressures on cash flows," said Richard Kramer, an analyst at Arete.