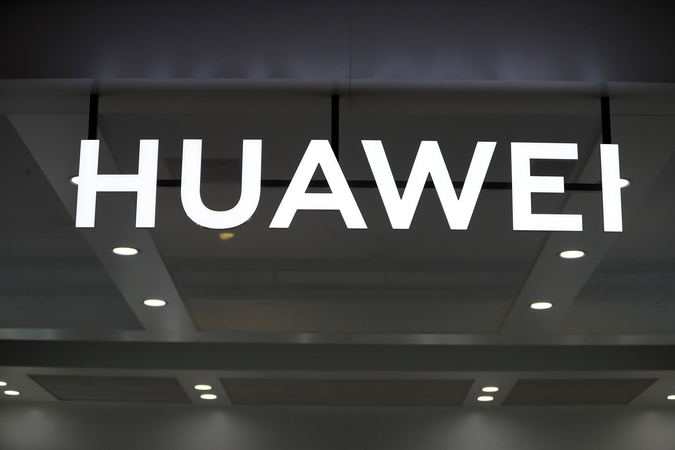 A Canadian court ruled Wednesday that the charges the United States has filed against Huawei's chief financial officer are also crimes in Canada, a decision that keeps her under house arrest in an extradition case that has ensnared Ottawa in a dispute between Beijing and Washington.

Heather Holmes, associate chief justice of the Supreme Court of British Columbia, wrote that Meng Wanzhou's case could meet the threshold of "double criminality" - a prerequisite for extradition under Canadian law.

The U.S. Justice Department alleges that Meng made "numerous misrepresentations" to banks, including HSBC, about the telecom giant's relationship with Skycom, an Iranian-based subsidiary, effectively tricking them into clearing hundreds of millions of dollars in transactions in violation of U.S. sanctions on Iran and exposing them to reputational and economic risk.

Meng, the 48-year-old daughter of billionaire Huawei founder Ren Zhengfei, was arrested by Canadian authorities in Vancouver in December 2018 at the behest of the United States. She denies any wrongdoing.

The case against the Huawei "princess" has severely strained ties between Canada and China. After Meng's arrest, China detained two Canadians, former diplomat Michael Kovrig and businessman Michael Spavor, and charged them with violating state secrets laws in a move widely seen as retaliation. China also blocked some agricultural imports from Canada.

China has cast Meng's arrest as a U.S. plot to cripple the country's economic rise. Chinese officials have also cast the prosecution as political; they point to statements by President Trump that he might intercede in her case in exchange for concessions on trade.

After the ruling Wednesday, the Chinese Embassy in Ottawa declared "the whole case" a "grave political incident."

"The purpose of the United States is to bring down Huawei and other Chinese high-tech companies, and Canada has been acting in the process as an accomplice," the embassy said in a statement. "We once again urge Canada to take China's solemn position and concerns seriously, immediately release Ms. Meng Wanzhou to allow her to return safely to China, and not to go further down the wrong path."

Canadian Prime Minister Justin Trudeau has described Meng's extradition as a law enforcement matter that will be settled by a justice system whose independence from political interference is "deeply dear to Canadians."

"China doesn't work quite the same way, and [doesn't] seem to understand that we do," he said last week.

Justice Department spokeswoman Natalie Navas Oxman said the United States "thanks the Government of Canada for its continued assistance pursuant to the U.S./Canada Extradition Treaty in this ongoing matter."

"We have repeatedly expressed confidence in Ms. Meng's innocence," the company said in a statement. "Huawei continues to stand with Ms. Meng in her pursuit for justice and freedom.

Meng's lawyers argued in January that the case is a U.S. sanctions violations complaint framed as a fraud case. Since Canada lifted its sanctions against Iran in 2016, they argued, the transactions wouldn't have violated any Canadian law.

"Fraud is a facade," Richard Peck, the head of Meng's defense team, told a packed courtroom in Vancouver.

Canadian prosecutors, arguing the United States' case, dismissed that argument. They said the essence of the alleged offense - allegedly lying to a bank to obtain financial services - is fraud.

Holmes appeared to agree. In a 23-page ruling issued Wednesday, she wrote that the interpretation argued by Meng's defense team's approach would "give fraud an artificially narrow scope in the extradition context," limiting Canada's "ability to fulfill its international obligations."

"The essence of the alleged wrongful conduct in this case in the making of intentionally false statements in the banker client relationship that put HSBC at risk," Holmes wrote. "The U.S. sanctions are part of the state of affairs necessary to explain how HSBC was at risk, but they are not themselves an intrinsic part of the conduct."

Meng has been under house arrest in the slightly larger of her two Vancouver mansions. She has a curfew and wears a GPS monitor on her left ankle. Last weekend, she and an entourage visited the courthouse and posed for photos making thumbs-up signs - an outing interpreted by some to mean she was expecting good news in Wednesday's decision.

Kovrig and Spavor have been barred from seeing their families during the more than 530 days they've been detained. They are being kept in facilities with 24-hour lighting; monthly visits by Canadian consular officials have been canceled during the pandemic.

Canada has asked allies, including the United States, to press China to free the two men, so far without success. Canadian Foreign Minister François-Philippe Champagne said Wednesday that securing their release is Canada's "top priority."

The Global Times, a newspaper affiliated with the Chinese Communist Party, said "Canada has completely surrendered its self-proclaimed judicial and diplomatic independence to U.S. bullying."

The next phase of the extradition hearing will center on Meng's claims that Canadian authorities abused the process when they detained her at Vancouver International Airport and that her extradition is politically motivated.

Canada's justice minister will have the final say on whether to "commit" her for extradition.

Preston Burton, a criminal defense lawyer who has handled extradition cases, said Meng's extradition could be tied up for years.

"She could still make claims that her surrender would be unjust or discriminatory," he said. "And I think in this case the dual-criminality issue presents a real question that her counsel could revisit on appeal."

Ultimately, he said, "extradition is a political decision guided by the treaty. I wouldn't presume to know what pressure the United States is putting on Canada in this case."

The United States has pressed Canada to ban Huawei from building its 5G networks over concerns the Chinese government could use the equipment to conduct surveillance or cyberattacks. Canada is conducting a security review of the company and has not yet announced a decision.

The U.S. Commerce Department intensified its pressure on the Shenzhen-based firm by implementing a rule that will require overseas manufacturers of semiconductors using American equipment to get a license from the United States before selling them to Huawei.