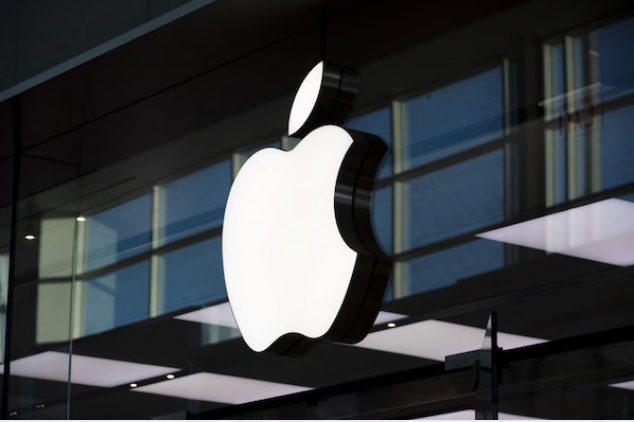 An Apple inc. logo is displayed at their store at Yorkdale mall in Toronto on Aug. 22, 2019. MUST CREDIT: Bloomberg photo by Brent Lewin.

Apple's head of diversity and inclusion Christie Smith is leaving the iPhone company, according to people familiar with the matter.

Last week, Chief Executive Officer Tim Cook said Apple is launching a $100 million Racial Equity and Justice Initiative, adding to the company's response to the police killing of George Floyd last month. Earlier this month, Cook wrote in a letter to employees and customers that society needs to do more to push equality, particularly for Black people.

"To create change, we have to reexamine our own views and actions in light of a pain that is deeply felt but too often ignored. Issues of human dignity will not abide standing on the sidelines," Cook wrote in the letter.

Smith joined Apple in 2017 after 16 years at consultancy Deloitte. Unlike her predecessor, who reported directly to the CEO, Smith reported to Apple's Senior Vice President of Retail and People Deirdre O'Brien. The previous person in the role, Denise Young Smith, lasted only six months and left after apologizing for controversial comments she made about the mostly white makeup of Apple's executive team.

"Inclusion and diversity are core Apple values and we deeply believe the most diverse teams are the most innovative teams," Apple said in an emailed statement confirming the news. "Christie Smith will be leaving Apple to spend more time with her family and we wish her well. Our Inclusion and Diversity team continues to report directly to Deirdre O'Brien on the Executive Team."

Apple said the move was planned two months ago, though a person familiar with the matter said Christie Smith's last day was Tuesday. She was unique among Apple's executive team in commuting from Seattle to Cupertino.

The Cupertino, California-based company has made little progress in increasing the diversity among its overall workforce since it began releasing data in 2014. According to its 2018 diversity report, 67% of global employees were male, down from 70% in 2014. In the U.S., 6% of tech employees were Black in 2018, unchanged from 2014.

Apple hasn't disclosed its most recent diversity numbers yet, but the company has made some headway in recent years increasing diversity among new hires. More than half of new hires in the U.S. in 2018 were Black, Hispanic or from other historically underrepresented groups in tech. Women accounted for 38% of Apple's workforce under the age of 30, compared to 33% of the its overall staff.