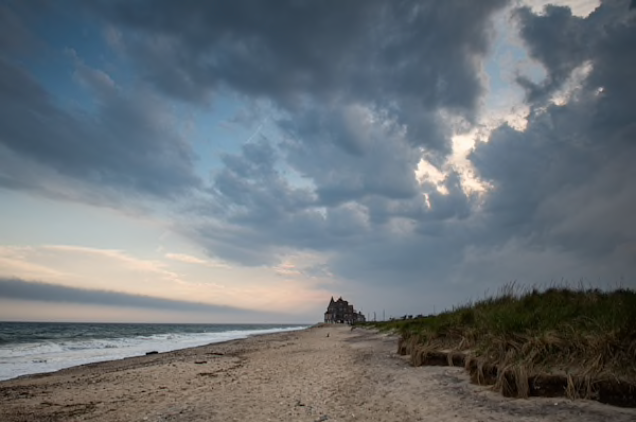 Nearly two-thirds of Americans believe the federal government should act more aggressively to combat climate change, and almost as many say the problem is already affecting their community in some way, according to a survey released Tuesday by the Pew Research Center.

In addition, the nationwide survey of 10,957 adults conducted this spring finds that Americans overwhelmingly want the government to do more to reduce the greenhouse gases linked to a warming climate, with significant majorities backing policies that would plant huge numbers of trees, greater restrict power plant emissions, require more fuel-efficient cars and tax corporations based on their emissions. 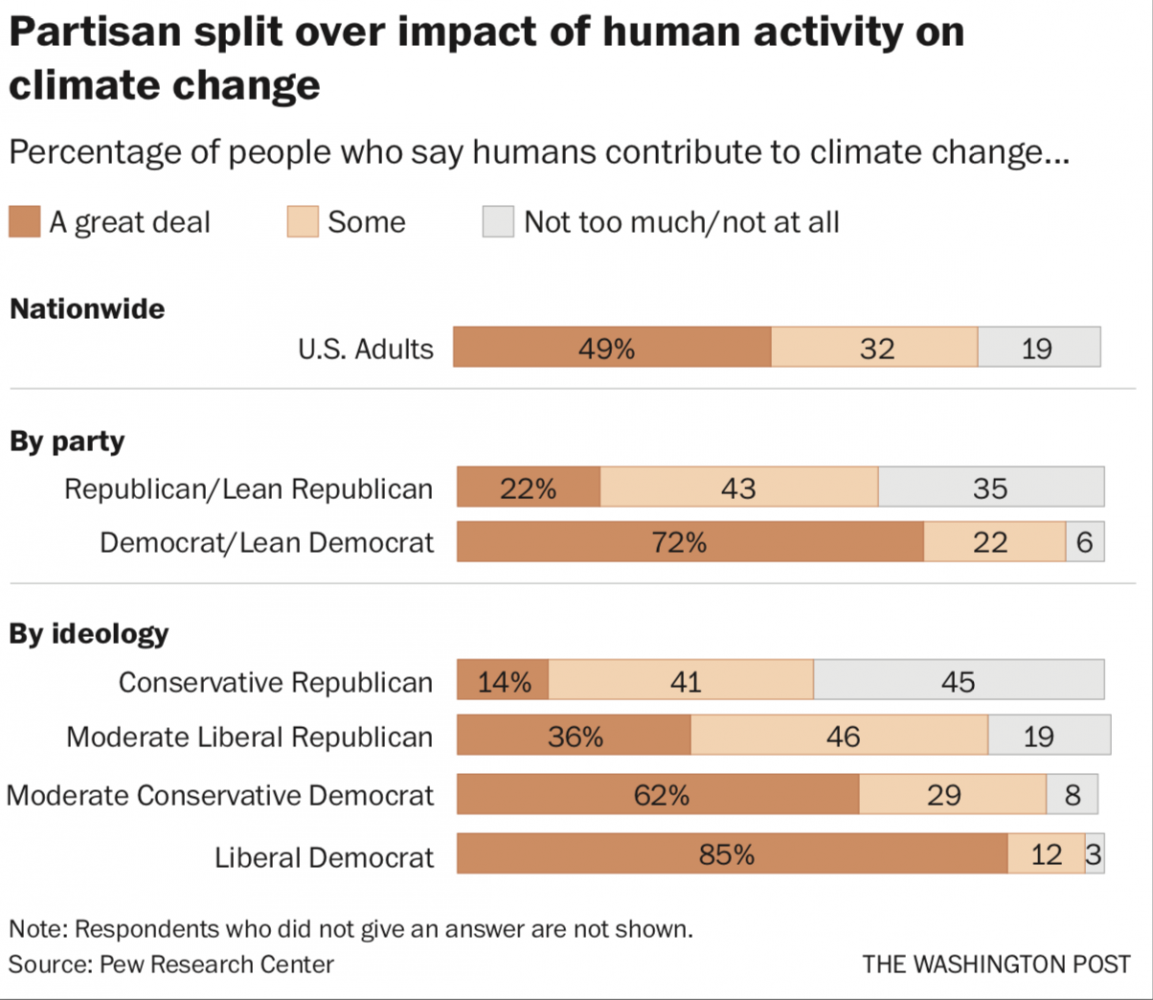 Despite the growing numbers of Americans who believe climate change poses a serious threat, deep partisan divides remain about whether humans are fueling the problem and how much of a priority it should be for the nation's leaders.

Pew has found that 60% of the U.S. public now views climate change as a "major" threat - up from 44% about a decade ago, said Alec Tyson, the Pew Research Center's associate director for science and society.

"But that change is driven almost entirely by changing views among Democrats," he said in an interview, noting that 88% of Democrats now describe climate change as a grave threat, while only 31% of Republicans feel the same.

That partisan chasm also surfaced in Tuesday's findings when people were asked their views about whether humans are driving the Earth's warming, mainly through the burning of fossil fuels.

Those gaps, Tyson said, "are as large as they have ever been."

At the same time, broad bipartisan support exists for some policies aimed at reducing emissions to mitigate climate change and avoid its worst consequences, the Pew survey finds.

Large majorities of Republicans, Democrats and independents favor the idea of planting a trillion trees around the world to help offset carbon dioxide emissions - an idea backed by Trump, who otherwise has largely dismissed climate action and plans to withdraw the United States from a key international climate accord later this year. Democrats and Republicans also overwhelmingly support offering a tax credit for technologies designed to capture and store carbon.

While partisan divides are more pronounced on other climate-related policies, majorities in both parties also say they favor tougher restrictions on power plant emissions and stricter fuel-efficiency standards on cars and pickup trucks - two President Barack Obama-era policies that are among the many environmental regulations the Trump administration has sought to roll back. A broad majority of Americans (79%) also say the country should prioritize alternative forms of energy, such as wind and solar power, instead of expanding the production of fossil fuels.

The mounting desire for the federal government to do more to tackle climate change comes, perhaps not surprisingly, as its effects touch more lives in the United States. Seven in 10 Americans who live within 25 miles of a coastline say that climate change is already affecting their community. But even among those who live 300 miles or more from the reach of rising seas, 57% of respondents say they have witnessed at least some impacts.

The survey also comes during a time when the globe already has warmed more than 1 degree Celsius since the Industrial Revolution - and much more in some places. Scientists say that while rising seas, more intense heat waves and more frequent extreme weather are already happening, an increase in average global temperature of 2 degrees Celsius (3.6 Fahrenheit) or more will trigger catastrophic effects. Nations around the globe, with the exception of the United States, have pledged to work together to sharply cut emissions and try to remain "well below" that threshold as part of the Paris accord signed in 2015, but the world remains far off track in meeting those goals.

Tuesday's findings from Pew echo those from a survey conducted last summer by The Washington Post and the Kaiser Family Foundation, which found that a growing number of Americans describe climate change as a crisis. At the time, two-thirds also said President Trump was doing too little to tackle the problem.

"I am deathly afraid, not for my kids, but for my kids' kids and what they will have to deal with," Mechaella DeRicci, a respiratory care practitioner in Bristol, Conn., told The Post at the time. "What are we leaving as a legacy besides a hot mess?"

But while Americans are increasingly worried about climate change, fewer than 4 in 10 said they believe that tackling the problem will require them to make "major sacrifices," The Post-Kaiser poll found. And most are unwilling to pay for it on a personal level.

For example, while nearly half of adults said they would be willing to pay a $2 monthly tax on their electricity bills to help combat climate change, just over a quarter said they are willing to pay $10 extra each month. And while two-thirds support stricter fuel-efficiency standards for the nation's cars and trucks, increases in the gas tax remained deeply unpopular.

Instead, clear majorities say they would prefer that climate initiatives be funded by increasing the taxes on wealthy households and on companies that burn fossil fuels.

Whether rising concerns over climate change and its impacts on everyday life will translate to the ballot box this fall remains a question mark.

Climate and the environment have emerged as a central issue for Democrats, particularly over the past decade, Tyson said, noting that climate change was a key topic in the recent Democratic presidential primaries. "But for Republicans, it's just the opposite. Concerns over climate remain among their lower priorities. That's been true for some time."

Add to that the nation's focus on the ongoing coronavirus pandemic, the battered economy, nationwide protests for racial equality and a deeply divisive incumbent president, and voters will have plenty else on their minds come November.

"Even as climate has become a top-tier issue for Democrats," Tyson said, "it remains to be seen how prominent a role it will play in 2020, given the dynamics of this race."