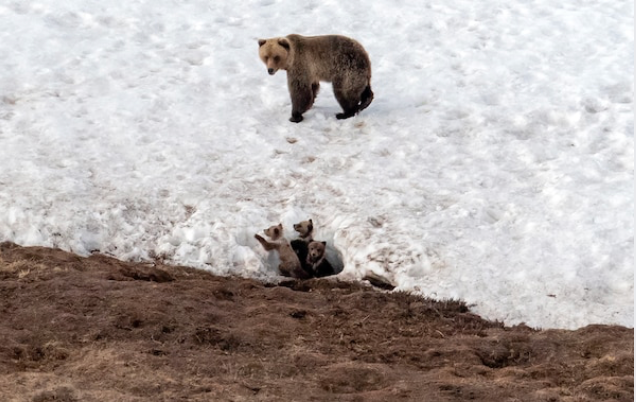 A bear looks after her three cubs in North Slope Borough, Alaska, between Nuiqsut and Teshekpuk Lake, where the Trump administration is proposing to open the land to oil and gas drilling, on May 25, 2019. MUST CREDIT: Washington Post photo by Bonnie Jo Mount

WASHINGTON - The Trump administration proposed on Thursday to open more than two-thirds of the nation's largest piece of public land to oil and gas drilling, removing wildlife protections for the Alaskan tract that have been in place for more than four decades.

Interior Department's Bureau of Land Management wants to allow fossil fuel extraction in roughly 82 percent of the National Petroleum Reserve-Alaska on the state's North Slope. Less famous than the neighboring Arctic National Wildlife Refuge, it is one of the most ecologically valuable tracts of federal property - providing a critical refuge to polar bears as well as tens of thousands of migrating caribou and waterfowl. 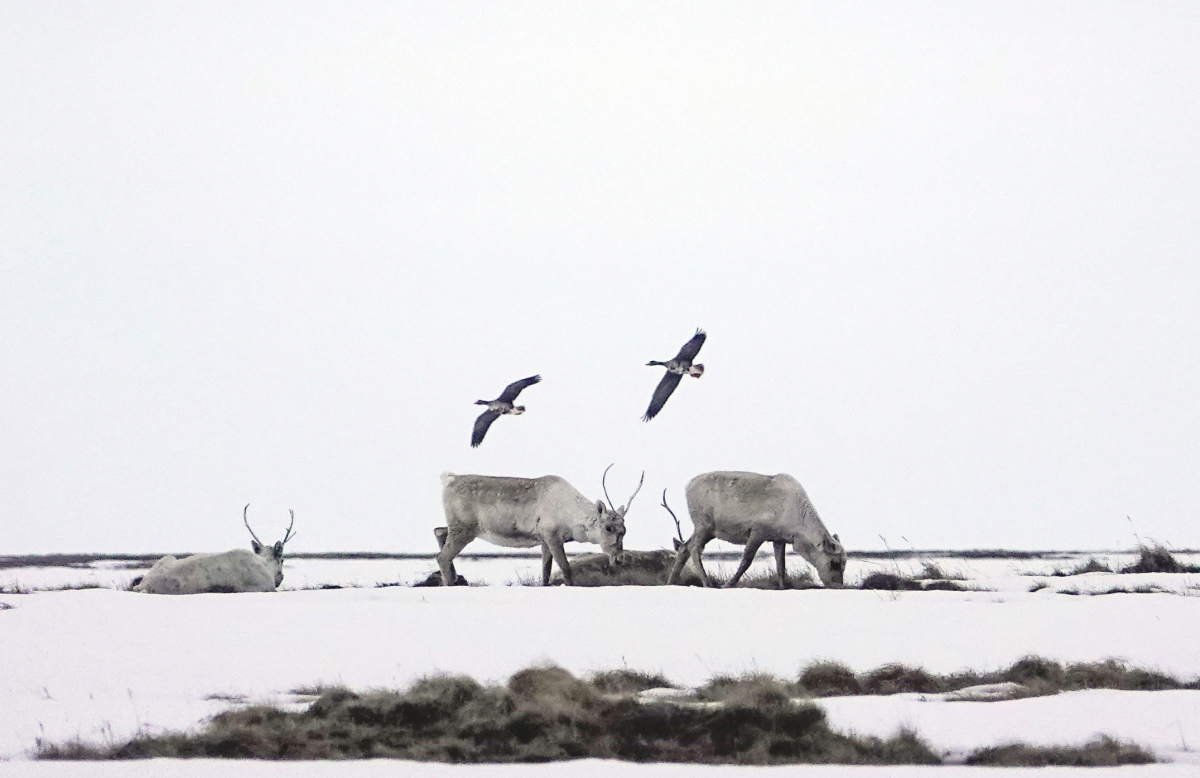 The reserve, about the size of Indiana, is also one of the most promising onshore oil prospects in the country. A recent analysis by the U.S. Geological Survey suggests that it could hold as much as 8.7 billion barrels in undiscovered oil and 25 trillion cubic feet of natural gas.

Under the current plan, finalized in 2013, only half the nearly 23 million-acre reserve is open to drilling. The new plan would increase the area open to development by about 7 million acres. 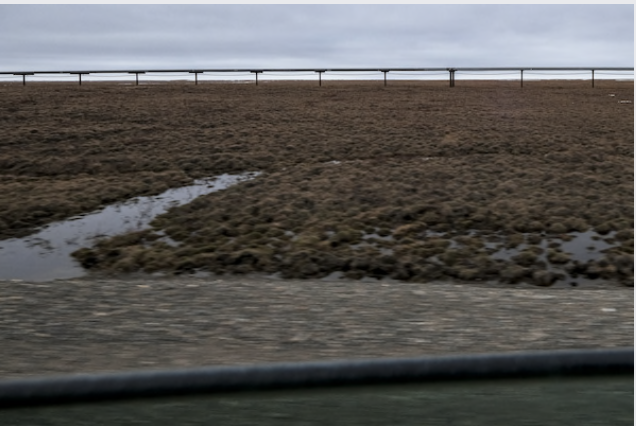 "President [Donald] Trump has committed to expand access to our nation's great energy potential," Interior Secretary David Bernhardt said in a statement. "Today's action is one more significant step in the process of delivering on his promise." He said the move was in line with a March 2017 executive order by President Trump.

The BLM posted notice of its Final Environmental Impact Statement on Thursday, and is expected to issue a final Record of Decision within 30 days. Environmentalists and some Alaska Natives, who have lived on the North Slope for a millennia and depend on its game for subsistence, are likely to challenge the decision once it's final.

ConocoPhillips has already been exploring the site, known as NPR-A. Alaska's largest oil producer, it holds a total of 1.1 million acres and has discovered oil in remote areas called Mooses Tooth and Bear Tooth.

But many Alaska Natives living near the reserve object to further development, on the grounds that it could harm the animals that make up a significant portion of their diet. Teshekpuk Lake serves as molting area for one-fifth of the world's Pacific black brant and calving grounds for tens of thousands of caribou each summer.

The new plan shrinks the protected area around Teshekpuk Lake, a 22-mile-wide reservoir created by thawing permafrost, though it does restrict major construction activities using heavy equipment between May 20 and August 20 unless authorized by federal, state and local officials so caribou can calve and seek refuge from mosquitoes. It also eliminates most of the protections around the Colville River Special Area, which was established in 1977 to protect raptors and other area wildlife.

U.S. Fish and Wildlife Service officials last year recommended the administration maintain the long-standing safeguards, according to documents obtained under the Freedom of Information Act by The Wilderness Society. In them, the agency said it believes the "full protection of these areas is necessary to sustain the biodiversity and ecologic integrity of the North Slope/coastal plain, especially given the impacts of climate change including increased coastal erosion and permafrost subsidence."

Suzanne Bostrom, a staff attorney at the nonprofit environmental law firm Trustees for Alaska, said in an interview that the fact that BLM has devised a drilling plan that goes further than any of the options the agency outlined last year, which is poised to be finalized without public comment, makes it legally vulnerable.

"We definitely have serious concerns about them adopting a new and even more harmful alternative that the public has not had a chance to consider," Bostrom said.

Nicole Whittington-Evans, Alaska program director of Defenders of Wildlife, said in a statement that the plan "gives away critical habitat for imperiled polar bears and vital habitat for caribou and migratory birds to oil companies that will only exacerbate the climate crisis by expanding into a fragile frontier area with new drilling. It is bad for the Western Arctic and bad for the planet."

In the 1976 legislation, Congress mandated that Teshekpuk Lake and Utukok Uplands receive "maximum protection." And in 1977, then Interior Secretary Cecil Andrus designated three "special areas" for that status. Presidents Clinton, George W. Bush and Obama all enlarged the special areas.

Other major leaseholders in the NPR-A include North Slope Energy, Borealis Alaska, Emerald House, and Repsol, a Spanish exploration and production firm.

Even though the Trump administration is clearing the way for oil and gas exploration in Alaska, companies face new financing obstacles. JPMorgan Chase, one of the world's biggest lenders to fossil fuel projects, and investment bank Goldman Sachs have both announced that they would stop financing of oil and gas developments in the Arctic.

"At anything close to current oil prices, the industry has virtually no appetite for Alaska drilling," he said in an email, adding that capital spending by global oil and gas companies in 2020 has plunged to multi-decade lows, "and nowhere is the decline more steep than in the U.S."

Kara Moriarty, president of the Alaska Oil and Gas Association, said in an email that some banks' decisions to restrict lending had "yet to deter investment in Alaska" but her members are more concerned about an initiative on the state ballot in November that "would drastically increase production taxes" between 150 percent and 300 percent, depending on the price of oil.