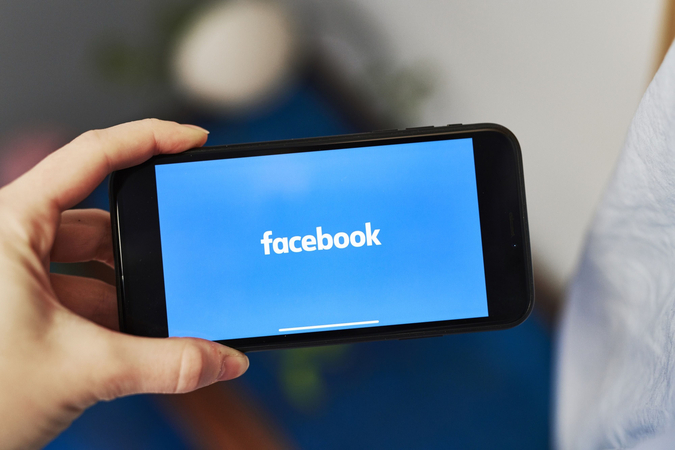 Facebook on Tuesday removed hundreds of accounts and groups associated with a network of the far-right "boogaloo" movement whose followers have been linked to violence that disrupted mostly peaceful protests around the United States.

Facebook said it was designating the faction of the boogaloo movement that advocates violence as a "dangerous organization" and had taken down 220 accounts, 28 pages, 106 groups and 95 accounts on Facebook-owned Instagram that were associated with it. The social media platform said it also had removed 400 more Facebook accounts and more than 100 additional groups that supported or praised the violent network.

Facebook's move against the boogaloo movement came after federal prosecutors charged several adherents of the movement with crimes across the U.S., including the killing of a security officer at a federal courthouse in Oakland, Calif., and a plot to use explosives at a Las Vegas protest against the death of George Floyd in Minneapolis police custody.

The loosely organized boogaloo movement - a name with a long story that traces back to break dancing movie "Breakin' 2: Electric Boogaloo" - has existed in some form for years, but has come to the forefront of national awareness in the past month as unrest roiled the nation, first, during protests opposing stay-home orders across the country, and then as Black Lives Matter protests protested the police killings of Floyd, Breonna Taylor, Ahmaud Arbery and others.

The boogaloos, or Boogaloo Bois as they are sometimes called, insist a second civil war is inevitable. The trademark Hawaiian-style shirts worn by some members came from an adaptation of the name "Big Luau" that is used by some supporters online.

Facebook said it has been investigating the movement for months and started connecting the online activity of the movement to real-world events at a gun rights rally in Richmond, Va., when members of the boogaloo movement showed up clad in the shirts.

"More recently, officials have identified violent adherents to the movement as those responsible for several attacks over the past few months," the company wrote in a blog post. "These acts of real-world violence and our investigations into them are what led us to identify and designate this distinct network."

Facebook's team of 350 people that identifies and investigates hate groups and terrorist organizations on the site had already taken steps to remove more than 800 boogaloo-related posts for violating its policy against inciting violence. The company had also banned boogaloo posts with violent images and stopped promoting connected groups and pages. But Tuesday's action - to take down and ban an entire network of violent boogaloo supporters - was a shift in the team's strategy from just removing offending posts as they popped up. The ban was made easier by a policy tweak Facebook made last year that broadened its definition of dangerous groups to include more amorphous and loosely organized movements such as the boogaloos.

Facebook said Tuesday's action was prompted by federal criminal charges against boogaloo adherents and the realization that many violent boogaloo posts remained on the platform.

Facebook noted that its takedowns on Tuesday do not mean all boogaloo content is prohibited on its site - but any posts or symbols that are tied to or support the violent boogaloo network will be banned. Before they were banned, some Facebook groups about the movement had hundreds of thousands of followers. Facebook noted that not all of those people were violent participants or their supporters.

Social media, particularly Facebook, has been a powerful tool for the boogaloo movement to organize in the past year, said Devin Burghart, president at the Institute for Research and Education on Human Rights, a group that tracks far-right movements. He called Facebook's action a "necessary but insufficient" response.

"Because they've been raised in the social media age, primarily, they are incredibly adept at skirting regulations that social media sites put in place," he said of some boogaloo members. That's how alternative names such as "Big Igloo" and "Big Luau" came to be - they are aliases members used online to avoid being caught by social media moderators.

Facebook's ban probably will slow down organizing, Burghart said, but boogaloo members have migrated to other social media networks where it can be even harder to find them, such as Gab, which is known for hosting far-right material, and Telegram and Discord, where private conversations make it harder to find organized groups.

A Facebook executive who spoke on the condition of anonymity acknowledged that the group often quickly changes its language and symbols, making it hard to grasp onto. Facebook is prepping its team to be aware of quick shifts, the executive said.

"This is not a static problem that you fix the problem, then you're done, it's something that you have to do every single day," said Jessica Stern, an expert on terrorism and a research professor at Boston University's Pardee School of Global Studies.

Attorney General William Barr said in a memo last week that the government would create a task force to counter "anti-government extremists," including those associated with the boogaloo movement or the far-left antifa movement. President Donald Trump and other government officials have pointed to antifa as a major instigator of violence at the mostly peaceful protests in the past month, but experts have noted that antifa members were responsible for few incidents and that the government needs to devote more resources to investigating heavily armed right-wing extremist groups such as boogaloo adherents.

Facebook said it was not explicitly working with the task force, but noted its general policies of working with law enforcement when requested or proactively when violent posts that could cause real-world harm come up.

Federal prosecutors charged one boogaloo supporter, Steven Carrillo, with the killing of a security guard at a federal courthouse in Oakland last month. Carrillo allegedly drew the word "Boog" in blood on a stolen car. In Las Vegas, three men that prosecutors say are connected to the boogaloo movement are charged with conspiracy to damage and destroy by fire and explosive.

"They wanted to use the momentum of the George Floyd death in police custody in the City of Minneapolis to hopefully stir enough confusion and excitement, that others see the two explosions and police presence and begin to riot in the streets out of anger," a federal criminal complaint read.

Facebook said its Tuesday move was more coordinated than its usual enforcement measures and involved a large team that focuses on identifying and banning terrorist and hate organizations. It was the second major action this month against right-wing extremists; the platform also removed hundreds of accounts and pages associated with the extremist groups Proud Boys and American Guard. In March, Facebook removed dozens of accounts associated with the white supremacist group Northwest Front.

"As we do following other designations, we will now work to identify where to strengthen how we enforce our policy against this banned network and identify attempts by the violent U.S. anti-government network to return to our platform," the company wrote in a post announcing its boogaloo takedown.