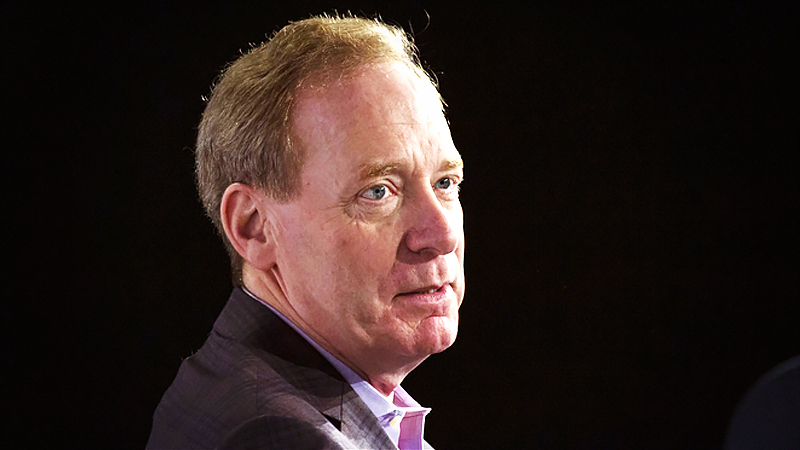 Brad Smith, president of Microsoft, speaks during the GeekWire Summit in 2019. MUST CREDIT: Bloomberg photo by David Ryder

Microsoft President Brad Smith raised concerns to U.S. lawmakers about what the company regards as Apple's anti-competitive behavior around its app store, according to a person familiar with the matter.

Smith, who is also chief legal officer, was invited by the House of Representatives's antitrust subcommittee to share his experiences around Microsoft's own antitrust battle with the U.S. government in the late 1990s. During the conversation, which occurred weeks ago, he discussed the company's issue with Apple, said the person, who asked not to be identified because the discussion was private.

The House Judiciary Antitrust Subcommittee will hold a hearing with the chief executives of Apple, Amazon, Facebook and Google-parent Alphabet on July 27. A Microsoft spokesperson declined to comment Monday.

Smith said last month that regulators should examine app store rules, which he called a far higher barrier to fair competition than Microsoft's Windows operating software when it was found guilty of antitrust violations 20 years ago. While Smith did not name Apple in that public interview, a Microsoft spokesperson said later the executive was referring to the iPhone maker.

His comments came days after European antitrust regulators opened an investigation into Apple's policies, saying developers may be forced unfairly to provide a share of app store revenue to the company.

The meeting with the subcommittee was reported earlier by The Information.