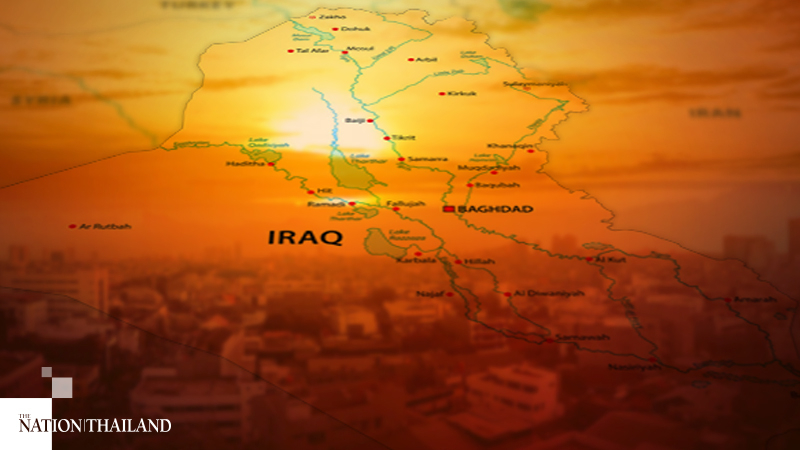 An extreme heat wave is bringing record high temperatures to the Middle East.

On Wednesday, Baghdad followed up with a temperature of 124 degrees, its second highest temperature on record. On Monday, it had reached 123 degrees.

The heat forced many residents indoors, and street merchants sought whatever shade they could find. With the state electricity grid failing, many households were relying on generators to power refrigerators, fans or air-conditioning units, the machines adding a guttural hum to the city's already-noisy streets.

Security forces fatally shot two protesters Monday during demonstrations over a lack of electricity and basic services amid the heat wave.

In nearby Lebanon, where a nationwide electricity crisis has left much of the country with less than three hours of state-provided power per day, the cost of a generator had doubled, leaving many households to go without.

More near-record temperatures in the 120s are likely Thursday in and around Baghdad before a slight moderation Friday. Highs to round out the week into the weekend should fall back into the upper 110s.

For comparison, the hottest temperature ever measured in Phoenix is 122 degrees in 1990. Records date back to 1895. Phoenix has not made it to 120 degrees or higher since 1995.

The excessively hot temperatures can be attributed to a ridge of high pressure anchored over the Middle East, drifting west over the Red Sea toward Egypt. Beneath the "heat dome," sinking air has warmed to extreme levels, while ridding the sky of any cloud cover that could offer the respite of brief cooling shade.

On Tuesday, the most intense part of the heat dome stretched from Israel and the eastern Mediterranean Sea to southern Israel and northern Saudi Arabia. That placed Baghdad under the core of the sweltering heat, while light clockwise winds around the high brought a gentle north-northwesterly breeze.

In Baghdad, a northwesterly breeze would bring in slightly more humid air from Lake Tharthar, which would acutely reduce the air's ability to warm up. But a more northerly component to the wind, as occurred, draws in slightly drier air.

Such high temperatures expand the air, and the lower half of the atmosphere grew more than 280 feet taller than average on Tuesday.

That expansion also causes the air to push outward more, explaining how "high pressure" systems get their name.

The high pressure ridge will shift southwest in the coming days, parking over the Balat Desert in Egypt. Meanwhile, temperatures may rise into the upper 120s on Thursday over southeastern Mesopotamia near the Zagros Mountains in southwestern Iran.

While heat records can occur thanks solely to natural variability, they are disproportionately more likely to occur because of warming effects of climate change. Human contribution of greenhouse gases to the atmosphere has knocked Earth's relative balance of cold and warm anomalies off-kilter, making the planet hotter.

Several major cities have notched their highest temperature on record in the past several summers, including Havana, Glasgow, Paris, Montreal and San Francisco.