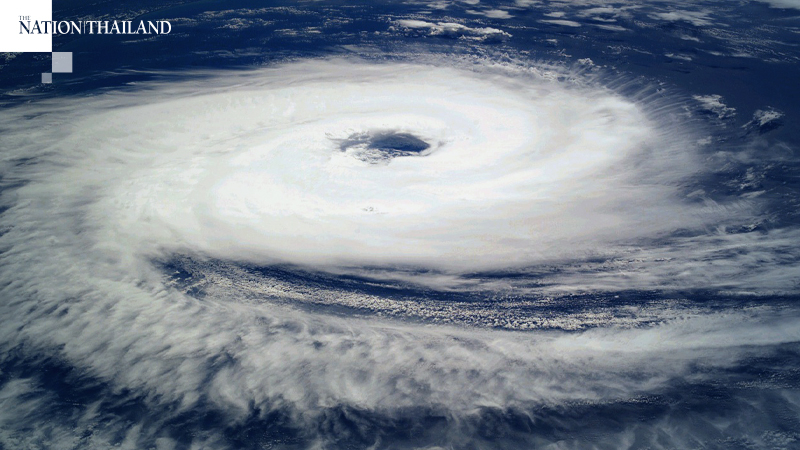 Isaias is beginning a multiday assault on the U.S. East Coast with tropical storm conditions gradually developing over Florida on Saturday night, followed by hurricane conditions Sunday. The former hurricane was reclassified as a tropical storm by the National Hurricane Center in its 5 p.m. update but is forecast to regain hurricane strength Saturday night. As of 8 p.m., it was already showing signs of re-intensification.

The storm is then slated to ride up the entire East Coast later in the weekend into the middle of next week. It may unleash torrential rain, high winds and coastal flooding as far north as Maine.

Already, the Hurricane Center reports the storm's outer bands have produced wind gusts of 40 to 60 mph in parts of southeast Florida.

In Florida, hurricane warnings are in effect from Boca Raton to the Volusia-Flagler county line, which includes West Palm Beach, Jupiter, Vero Beach and Melbourne.

Fort Lauderdale is under a hurricane watch. Isaias's approach is expected to take it just far enough north that the city could escape the worst impacts.

Meanwhile, a storm surge watch covers the zone from Jupiter Inlet to Ponte Vedra Beach. The surge is the storm-driven rise in ocean water above normally dry land, which could lead to several feet of coastline inundation.

Since Friday, the storm has drenched the southeastern and central Bahamas, buffeting the islands with hurricane-force winds while also likely producing several feet of storm surge inundation. The Northwest Bahamas caught the brunt of Isaias on Saturday as it closed in on Florida where forecast models suggest the storm may make landfall Sunday.

The tropical threat comes as the Sunshine State continues to grapple with a sharp increase in coronavirus cases.

He said that the state and local communities are opening shelters while ensuring proper protocols be taken in the face of the pandemic.

North Carolina may also be hit hard by the storm from Monday into Tuesday, where Isaias could make a second landfall after slamming the Florida coast. A mandatory evacuation for Ocracoke Island has been ordered beginning at 6 a.m. Saturday.

Gov. Roy Cooper (D) issued a state of emergency and urged anyone who needs to evacuate to stay with family and friends or at a hotel, if possible, because of social distancing precautions at shelters. Shelters will provide personal protective equipment, Cooper said.

"With the right protection and sheltering, we can keep people safe from the storm while at the same time trying to avoid making the pandemic worse," Cooper said via Twitter. "A hurricane during a pandemic is double trouble. But the state has been carefully preparing for this scenario."

Other states, including Virginia, had also issued states of emergency ahead of the storm.

As of 8 p.m. Saturday, Isaias was located about 100 miles southeast of Fort Lauderdale, Fla., and was moving northwest at 9 mph. The storm's maximum sustained winds had weakened from 75 to 70 mph, reclassifying it from a hurricane to a tropical storm.

Wind shear, or a change of wind speed and direction with height, along with dry air, continues to affect Hurricane Isaias, putting a lid on its intensity. However, the Hurricane Center expects the storm to restrengthen to a hurricane on approach to Florida as it passes over warm water. Towering thunderstorms erupted in part of the storm on Saturday evening, indicating it may be intensifying.

After the storm makes its closest approach to the Florida Peninsula, potentially making landfall early Sunday, slow weakening is predicted. On Monday, Isaias may drop back to strong tropical storm intensity as it departs Florida's northeastern shores.

On its track up the East Coast and through the Gulf of Maine, the Hurricane Center calls for Isaias to persist as a strong tropical storm. The intensity forecast, however, is uncertain and depends on how much time the storm spends over the ocean, which is abnormally warm. Waters from the Mid-Atlantic southward are more than warm enough to support a hurricane.

While much warmer than normal, water temperatures north of the Mid-Atlantic would be expected to result in gradual weakening as Isaias passes through.

Although Isaias is forecast to make its closest pass to Florida on Sunday, the storm's outer rain bands have begun to affect southeastern Florida with heavy rains and strong winds.

Many models bring Isaias's center far enough west that a landfall would occur in Florida on Sunday but it could also just scrape along the coast.

The Hurricane Center predicts a storm surge of two to four feet from Jupiter Inlet to Ponte Vedra Beach with one to three feet projected from north Miami Beach to Jupiter Inlet. The biggest surge is expected just north of where the center makes its closest approach to land.

"There is the potential for life threatening storm surge along portions of the immediate coast that are typically vulnerable to elevated ocean levels or where dune erosion has occurred," wrote the National Weather Service. "Low land flooding is also possible along the intracoastal waterways and in vulnerable low lands near inlets and other low areas near the coast."

Damaging wind gusts up to 70 mph could occur along the Florida coastline if the storm makes landfall but would be somewhat less if the center stays offshore. If Isaias remains lopsided with the bulk of its winds east of the center, it's likely winds in Florida could be limited to lower or midrange tropical storm force winds, sustained at greater than 39 mph.

The weather is behind NASA and SpaceX's decision to bring the crew of SpaceX's "Endeavor" capsule, which is slated to undock from the International Space Station on Saturday evening and splash down on Sunday afternoon, for a first-ever astronaut splashdown in the Gulf of Mexico, away from Isaias. The space agency and its private sector partner are aiming for a landing near Pensacola, where waves are forecast to be between 1 to 2 feet.

Heavy rainfall is predicted to unload a broad two to four inches with localized six-inch amounts in eastern Florida over the weekend. This could lead to "potentially life-threatening flash and urban flooding, especially in low-lying and poorly drained areas, across South to east-Central Florida," the Hurricane Center wrote.

However, rainfall amounts in Florida will feature a steep gradient if the storm's heaviest rains remain just offshore, in which case only a broad one to two inches with localized three-inch totals would be more likely.

Sunday night through Monday, Isaias will parallel the coast of the southeastern United States and potentially make landfall in the eastern Carolinas late Monday.

The National Weather Service predicts two to four inches of rain and isolated amounts to seven inches in this zone, although a lesser one to three inches is favored in southeast Georgia with a more offshore storm track. Where the heaviest rain falls, isolated flash, river and/or urban flooding could occur.

From the Delmarva Peninsula to coastal Maine, tropical storm conditions are also possible from Isaias between late Monday and Wednesday from south to north. This may include very heavy rainfall, strong winds, dangerous surf and coastal flooding.

Even areas somewhat inland from the coast, including the Interstate 95 corridor, could also see heavy rainfall depending on Isaias's exact track.

The extremely moist air transported north by Isaias will also interact with a cold front preceding an approaching dip in the jet stream. That will help to focus the rainfall and will probably cause at least isolated flooding issues with up to six or seven inches of rain possible in a few locations, particularly in the Mid-Atlantic and along the Appalachians.