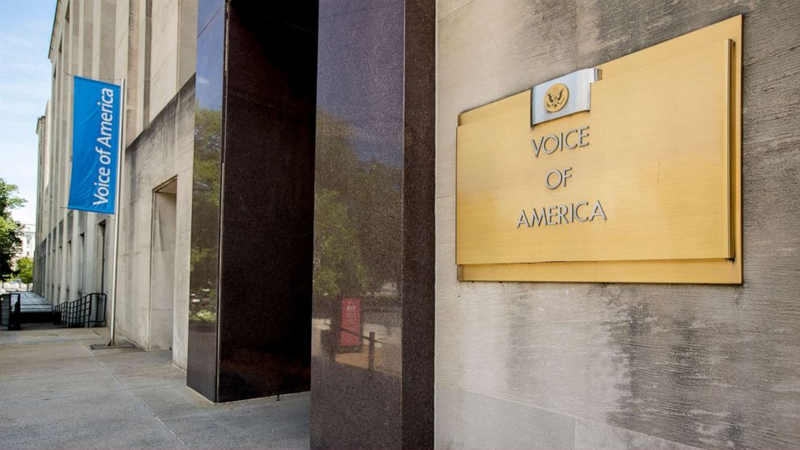 WASHINGTON - Senior Republican and Democratic lawmakers on Monday urged the Trump administration to release $20 million approved by Congress for a U.S. Internet freedom organization, saying a funding hold has pushed to the "brink of collapse" anti-censorship and surveillance technologies used by activists in China, Iran and countries worldwide.

Rep. Michael McCaul of Texas, the ranking Republican on the House Foreign Affairs Committee, issued a statement after the head of the Washington-based Open Technology Fund said last week that it has been forced to cut off tools used by tens of millions to access the Internet and uncensored news through Voice of America (VOA).

Places affected include Hong Kong, where online freedom has become a flash point between the United States and China. The Chinese government "could move any day" to shut down Internet communications for the territory's 7 million residents, cutting off political opponents from the free world, McCaul said, yet the United States has frozen the fund's efforts to protect that access for weeks.

"The Open Technology Fund provides a lifeline for people living under oppressive regimes, including citizens of China, Hong Kong, and Iran, by allowing them to safely communicate with the outside world and each other," said McCaul, who also serves as the chairman of the House GOP's China Task Force.

"Unfortunately, this critical programming is on the brink of collapse. I ask that [U.S. Agency for Global Media] live up to its grant agreements and release these funds as soon as possible."

Separately, Sen. Marsha Blackburn, R-Tenn., chair of the Senate Judiciary Committee's technology task force, said, "Any interruption of OTF's work would strengthen these adversaries' efforts to undermine free speech and limit access to information - and even endanger activists and journalists working on-the-ground to advance freedom in their societies."

After his confirmation in June, Pack moved to fire the fund's board and officers, before being blocked by a federal appeals court from doing so in early July.

Critics say the moves by Pack, a conservative filmmaker and ally of former Trump aide Steve Bannon, have helped religious freedom advocates supporting the use of censorship circumvention software developed by Falun Gong, a banned religious group in China that supports Trump.

But fund supporters and critics of the Falun Gong software, Ultrasurf, say that its promoters are misguided and that its adoption would set back by years the fund's effort to develop and support free, open-source tools such as Signal and Tor, which permit users to encrypt communications and anonymously access the Internet despite government controls.

The agency has withheld $10.7 million of the fund's $20 million allocation for 2020 and $9 million of prior-year allocations that it has promised to release as part of a transfer of contracts from Radio Free Asia, where the fund began as a pilot project in 2012, its leaders said.

In response, the fund on Friday halted 49 of its 60 Internet freedom projects, affecting about 80% of the its services for human rights and pro-democracy advocates, journalists and others in 200 countries.

The agency has called the Open Technology Fund's accusations meritless and not based on fact. In a statement Monday, it said unspecified security and compliance failures "jeopardize not only its mission - and, indeed, internet freedom efforts on the whole - but also the personal safety of many individuals around the world striving to advance freedom of expression and other human rights. USAGM is committed to telling America's story, advancing internet freedom, making proper use of taxpayer funded projects, and ensuring adherence to U.S. national security interests."

However, in her comments, Blackburn cited the Open Technology Fund's work in Hong Kong in particular as part of its existing, "critical" efforts to provide access to firewall circumvention tools, secure hosting and censorship and cyberattack detection and response technologies.

"OTF has been working with local partners to respond to Beijing's so-called National Security Law in Hong Kong . . . and preparing for China's Great Firewall to descend onto the territory," Blackburn said, noting that 85% of the USAGM's audience in Iran and 40% of its audience in China rely on Open Technology Fund-supported tools to access U.S.-sponsored free and fair reporting.

Sen. Robert Menendez of New Jersey, the top Democrat on the Senate Foreign Relations Committee, called the funding hold "a gift to repressive governments in China, Iran and elsewhere" and surveillance state tactics. He added that "cutting off this funding directly contradicts the USAGM's mission to inform, engage and connect people around the world in support of freedom and democracy."