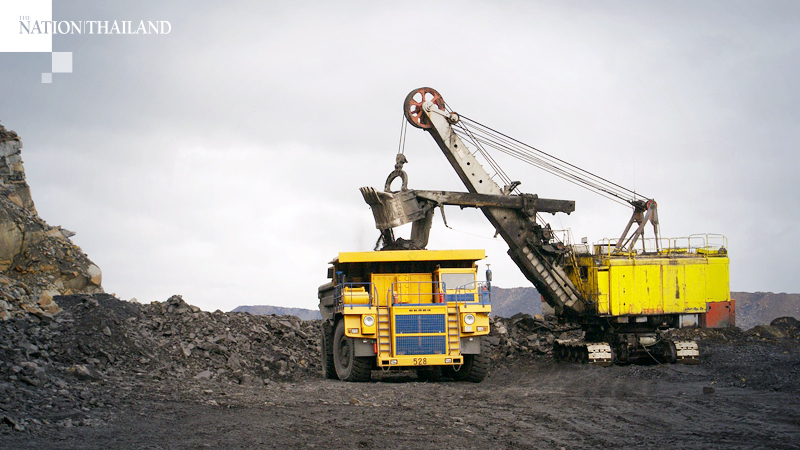 WASHINGTON - The president's namesake and the vice president's former top staffer both tweeted Tuesday asking President Donald Trump to block a giant gold and copper mine from being built at the head waters of the world's greatest sockeye salmon fishery in Alaska.

Just last month, the U.S. Army Corps of Engineers issued a final environmental analysis allowing a small Canadian firm to go ahead with its Pebble Mine near Bristol Bay. The Army Corps in its new report said the project would not cause grave harm to the region's watershed.

But Nick Ayers, Vice President Mike Pence's former chief of staff, said in a tweet that "Like millions of conservationists and sportsmen, I am hoping @realDonaldTrump will direct @EPA to block the Pebble mine in Bristol Bay. A Canadian company will unnecessarily mine the USA's greatest fishery at a severe cost. This should be stopped and I believe @POTUS will do so!"

Shortly afterwards, Donald Trump Jr. retweeted Ayers' comment and said: "As a sportsman who has spent plenty of time in the area I agree 100%. The headwaters of Bristol Bay and the surrounding fishery are too unique and fragile to take any chances with. #PebbleMine"

In an interview, Ayers said "one of my greatest memories as a child was with my father either fishing or hunting and I think one of the things that every outdoorsman and hunter and fisherman thinks about is how he could leave that to their kids or grandkids."

Ayers, who has been to Alaska's salmon fishing grounds, which he called "truly one of the greatest places on the planet," added, "It would be unspeakable to let a foreign company mine an ecosystem important for the food supply chain."

Donald Jr. declined to comment, but a person familiar with his thinking said that the tweet reflected his own personal views as a sportsman. The president's son has vacationed and fished in Alaska's Bristol Bay for years and has been following the debate over building the gold and copper mine. Although generally supportive of drilling and energy expansion, Trump's son believes that Alaska's Bristol Bay is a risky place to put a mine because one misstep could be devastating.

The tweets breathed a bit of hope into anxious environmental and conservation groups.

"His personal engagement reflects the unique diversity of opposition across the political spectrum to the Pebble Mine, including among conservatives who appreciate the need to protect the extraordinary Bristol Bay wild salmon fishery," said Joel Reynolds, a senior attorney for the Natural Resources Defense Council, about the tweet from Trump, Jr.

Reynolds pointed to the range of opponents - a group that includes salmon fishermen, Alaska native tribes, environmental groups and even mining-friendly lawmakers such as Sen. Joe Manchin, D-W.Va. - who have fought to kill the project during the nearly two-decade fight over whether to allow it. NRDC is also among the groups that have opposed the project.

"It just shows how broad the opposition is to this particular project," said Reynolds. He too hopes that the Trump administration will intervene to stop it, though it has shown no inclination to do so.

Asked about the president's son, Pebble Partnership, the Canadian mining company behind the project, referred to the finding issued just days ago by the Army Corps of Engineers, which found that the mine would not post serious environmental risks. That marked a sharp reversal from a finding by the Obama administration that it would permanently harm the region's unique sockeye salmon fishery.

The final environmental impact statement issued in late July by the Army Corp "shows that both Donald Trump, Jr., and Nick Ayers are wrong," a company spokesman said in an emailed statement. "The EIS concludes that the Pebble mine will not harm the Bristol Bay salmon fishery. We remain confident that the [Army Corps] will issue a [record of decision] in the next few months. We do not believe that the President will interfere with this statutory process."

Much is at stake. The gold and copper mine would transform an area that is now dominated by a $1.4 billion commercial, recreational and subsistence salmon fishery. Pebble Partnership is planning a mine that will span more than 13 miles and require the construction of a 270-megawatt power plant, a natural gas pipeline, an 82-mile double-lane road, elaborate storage facilities and the dredging of a port at Iliamna Bay. Trucks would make more than a dozen round trips a day to transport the minerals.

The ultimate decision on the Alaskan mine is with President Trump, who is trying to polish his environmental bona fides ahead of Election Day after his administration spent years rolling back environmental rules.

"This is a very big deal," Trump said at the White House signing ceremony. "And from an environmental standpoint and from just the beauty of our country standpoint, there hasn't been anything like this since Teddy Roosevelt, I suspect."

Pence's former chief of staff Ayers, now a private equity investor, said he also admired Roosevelt. "It just boils down to this," he said of the Pebble mine. "I love the outdoors and conservation and this would be a tragedy and travesty for this project to move forward."